Canada comes up short in tiebreaker at World Wheelchair Championship

They made it close, but Canada’s wheelchair curling team lost 5-4 to Norway in a tiebreaker on Friday and will not advance to the medal round of the 2017 World Wheelchair Curling Championship in Gangneung, South Korea. 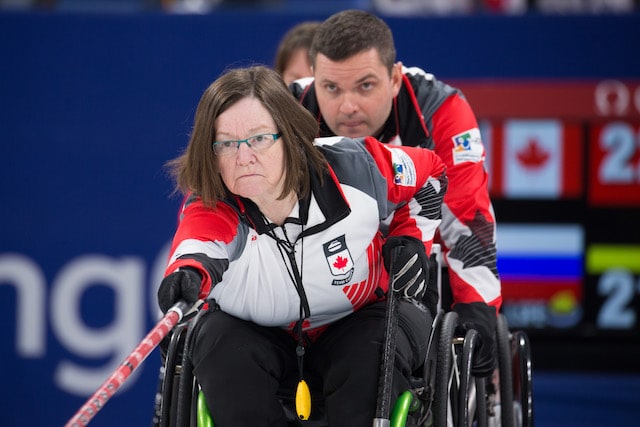 After finishing the round robin with a 5-4 record, Team Canada – skip Jim Armstrong, vice-skip Ina Forrest, second Marie Wright, lead Mark Ideson, alternate Ellis Tull and coach Wayne Kiel – fell behind early in the tiebreaker to determine who would go on to the Page 3 vs. 4 Playoff game. Trailing 4-1 at the break, Canada battled back with a single in five, and two straight steals, but it wasn’t enough to shut down Norway’s Jostein Stordahl. The 2017 Wheelchair Worlds were to be the final event to determine the field that will play at the 2018 Winter Paralympics in PyeongChang. The combined results of the 2015, 2016 and 2017 World Championships decide the 11 teams that will play alongside the host South Korean team in 2018. But based on the previous two years’ results, along with the makeup of the field for the 2017 Worlds, the field for 2018 is set, with Canada in the mix to take aim at our fourth consecutive Paralympic gold. At the Gangneung Curling Centre this week, Canada was looking for its first world championship since Armstrong’s team prevailed in 2013 at Sochi. In that event, Armstrong, Forrest and Ideson teamed with Dennis Thiessen and Sonja Gaudet to claim gold. 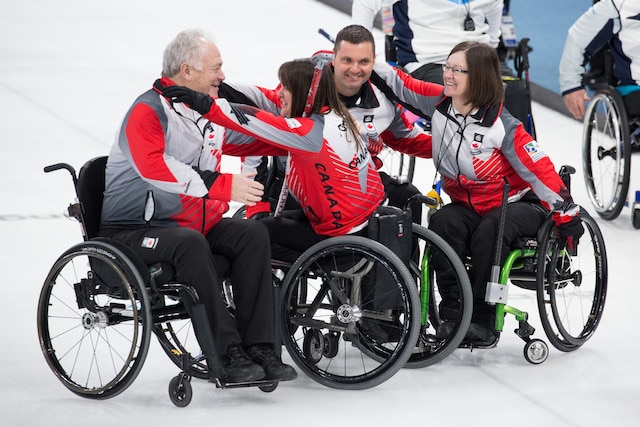