Some big names in Canadian curling are on the ice of the Nutana Curling Club in Saskatoon this week competing for the national Mixed Doubles title and a chance to earn a ticket to the 2018 Olympic Winter Games in Pyeongchang, South Korea. But among the stars of the game you will find some rising stars as well, and one brother-sister team is soaking up every minute of this unique experience. 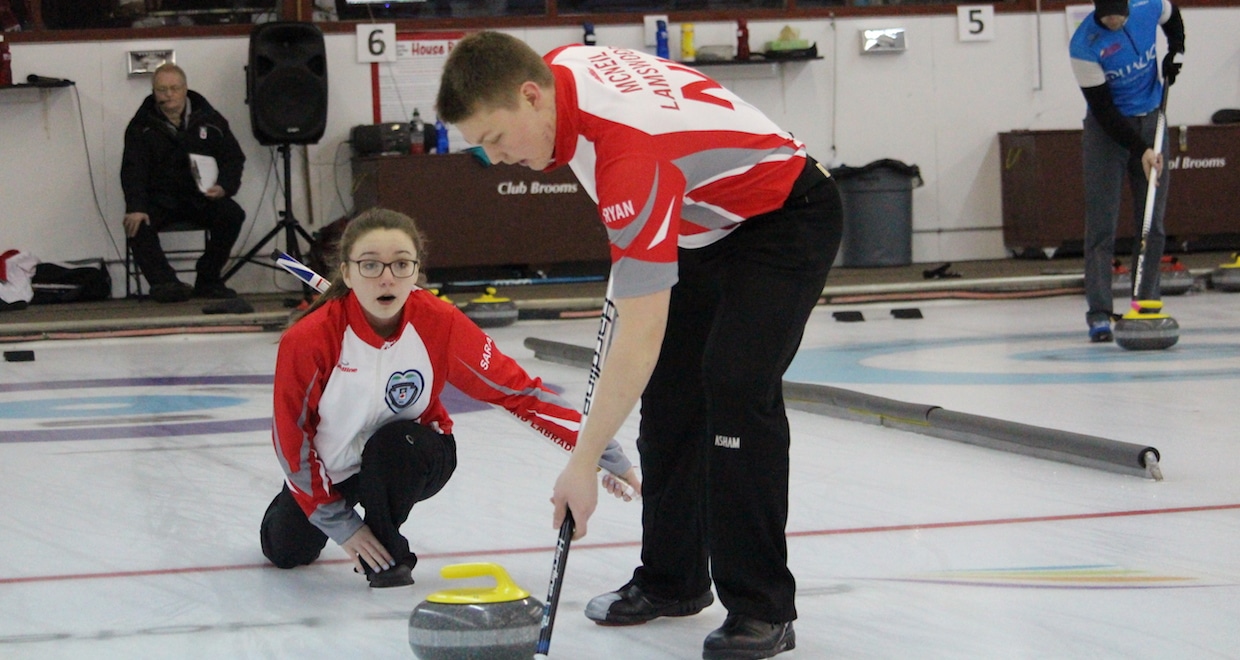 “Our parents got us started in curling,” says 14-year-old Sarah McNeil Lamswood, one half of the Stephenville, N.L., team representing their province this week in Saskatoon. “They got us started pretty young,” says her brother, 17-year-old Ryan. “I think I was probably three or four years old and (Sarah) was probably the same. Mom and Dad were already curlers, so naturally we grew up and progressed. It kind of gave us a bit of an advantage that they started us off so young. We were already in provincials at maybe nine or ten years old.” Both play competitively on four-person teams, but adding mixed doubles to their curling repertoire has been a positive move. “I like that it’s more exciting,” says Ryan. “It’s a different kind of strategy. You have to approach it a different way (than four-person curling). Instead of maybe trying to lie four, you have to back off, maybe think about certain angles that you’ve got to kind of factor in, and I like that about it.” For Sarah, it’s the quick changes in momentum that attract her to the mixed doubles format. “Even if you’re down by a lot, you can come back really easily because you can get a four-ender, five-ender. Those happen all the time in mixed doubles,” she says Both are members of the Caribou Curling Club in Stephenville, and both have aspirations to continue with their own competitive four-person teams, too. “I’d like to go to nationals with my own team, not just in mixed doubles, but be able to skip my own team at nationals,” says Sarah. “That’s a goal for me.” Ryan faces a few challenges on the provincial men’s curling front – thanks to a rather successful team currently competing for Canada at the Ford World Men’s in Edmonton. “It’s kind of tough for me. I’m from Newfoundland. I’ve got a little bit of Brad Gushue to deal with,” he says. “So maybe (my goal is to) win juniors and try to compete at nationals more (Note: Ryan has already competed at two National Junior Men’s championships). And maybe when I’m older, maybe give Brad a little run for his money, if I can get there.” The kids from Stephenville are soaking up the opportunity to compete against the likes of Rachel Homan and John Morris, as well as a host of other provincial, national, international and Olympic medallists. “I was hoping it might be four-on-four when I first played them, but this is pretty cool,” says Ryan. “And we’re managing to have a couple of good games. I mean, it’s really great experience curling against them. You get to pick a bit at their brains, see what they’re thinking, and have some really good conversations. They’re all really nice people.” “It’s a dream come true,” says Sarah. “It’s crazy. I’m loving every minute of it.” 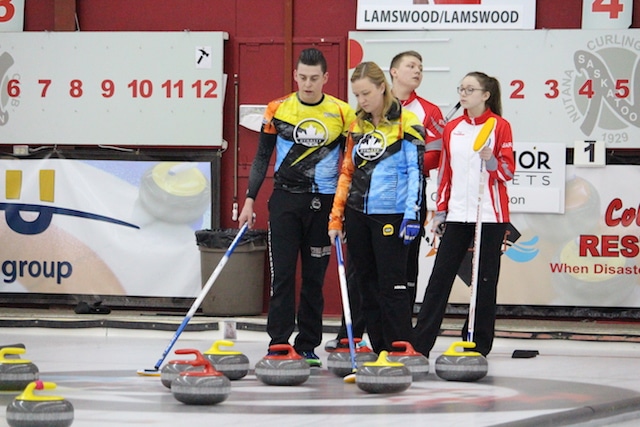 The McNeil Lamswood siblings scored their first win on Friday evening, an 8-6 victory over Katie and Shawn Cottrill. With two draws left in the round robin, only two teams remain undefeated: Rachel Homan and John Morris in Pool A, and Joanne Courtney and Reid Carruthers in Pool B. The 2016 Team Canada representatives, Marliese Kasner and Dustin Kalthoff, trail Homan and Morris with a 5-1 record, while Dana Ferguson and Brendan Bottcher are in second place behind Courtner and Carruthers. In Pool C, Sherry Just and Ryan Deis are tied with Chelsea Carey and Colin Hodgson for top spot, both with 5-1 records. Jim Cotter and daughter Jaelyn share a 4-2 record with Lisa Weagle and John Epping, right behind. In Pool D, Jennifer Jones and Brent Laing have battled back to move into first place, tied with 2015 Canadian champions, Kalynn Virtue and Charlie Thomas at 5-1. The final two draws take place on Saturday at 10:30 a.m. and 1:30 p.m. After the completion of the round robin, the round of 12 gets underway at 10 p.m. (all times EDT). For the first time, CBC Sports will be offering live streaming of the weekend games. You can watch all the weekend action starting Saturday at 10:30 a.m. ETD at cbcsports.ca or via the CBC Sports app for iOS and Android. For event information, scores and standings, visit the event website: https://www.curling.ca/2017mixeddoubles. 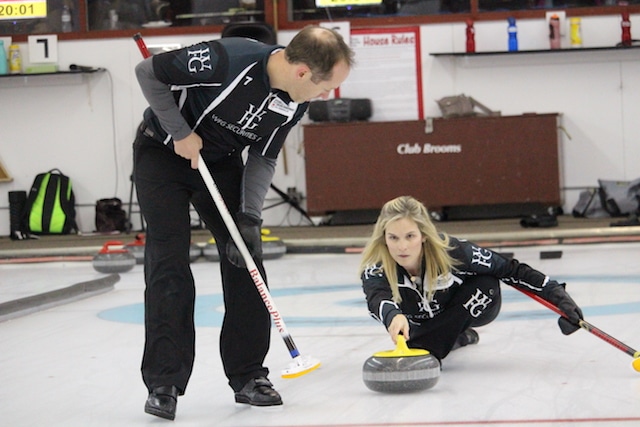