Playoff teams set at Under-18 championships

(Story by Cathlia Ward) The final day of championship and seeding pool play wrapped up in Moncton, N.B. at the inaugural Canadian Under-18 Boys and Girls Curling Championships on Friday, determining the final four women’s and four men’s teams who are still in the hunt for the national crown. On the women’s side, 18-year-old Kira Brunton of Northern Ontario is looking to capture her second national title, but first as a skip. “We’re pretty excited,” said Brunton. “Our goal was to make playoffs and we are excited to be in this position. We are focusing on the same things we have been all week, get a good sleep and get ready to go for a big day. There’s a little bit of nerves of course, but I’ve been in this position before so we are going to lean on that.” 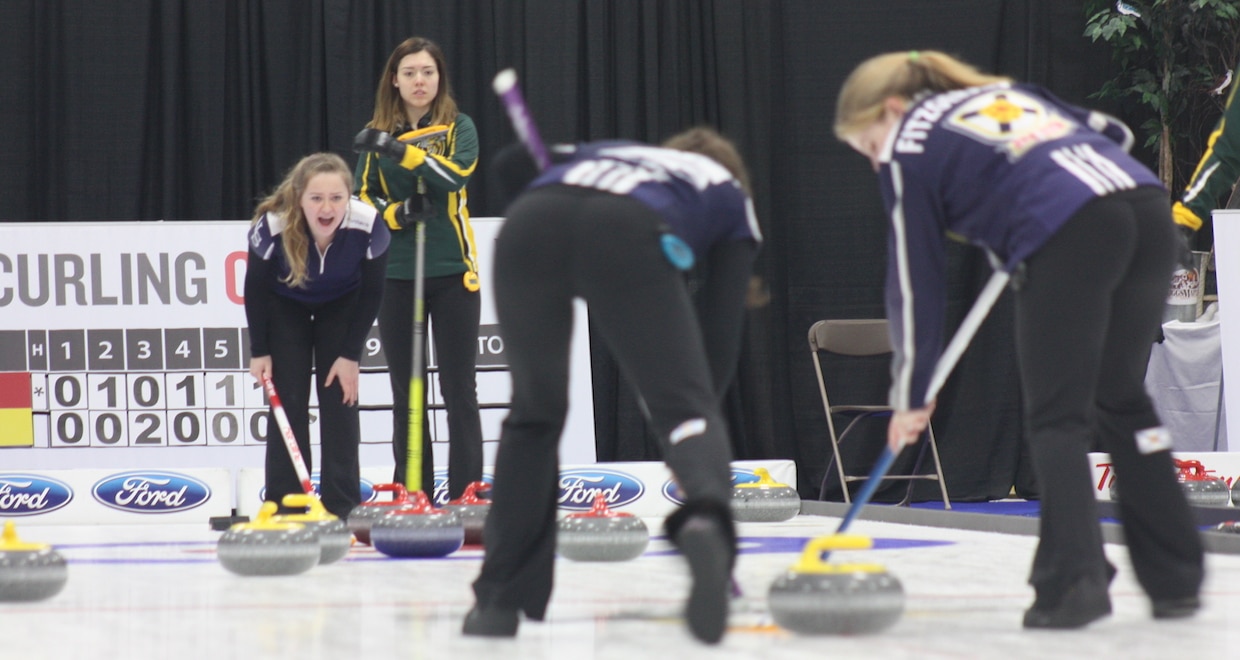 Northern Ontario has made playoffs in both the men’s and woman’s side and Kira says it would be a dream come true to bring home the title. “It was exciting doing it for Ontario (with skip Megan Smith at the 2015 Canada Games) but to be able to do it for Northern Ontario, that’s just, wow. We are really looking forward to tomorrow.” Northern Ontario women finished the Championship Round in second place and will face Nova Scotia’s Cally Moore in semifinal action Saturday afternoon. The other semifinal will see the hometown team from New Brunswick taking on Quebec. “Getting to stay home an extra night, using our own car, everything is more familiar playing at home,” said New Brunswick skip Justine Comeau. “I think being at home has helped a lot. I’m really, really proud of everyone this week. We have worked so hard all season and it feels like we are seeing it all pay off this week.” “Being in this situation before (playoffs at Canada Games and 2015 Canadian Juniors) takes the pressure off a little, we just can focus on what we have been doing all week,” said Comeau, who finished the Championship Round in first place and will face Quebec’s Gabrielle Lavoie in Saturday’s semifinal. “Medalling would be nice, but I’m proud of our week no matter what. Bringing home the gold would be incredible. I’ve dreamed about being a Canadian Champion since I was a little girl and it would feel just…awesome. It’s what I’ve been working for my whole life.” 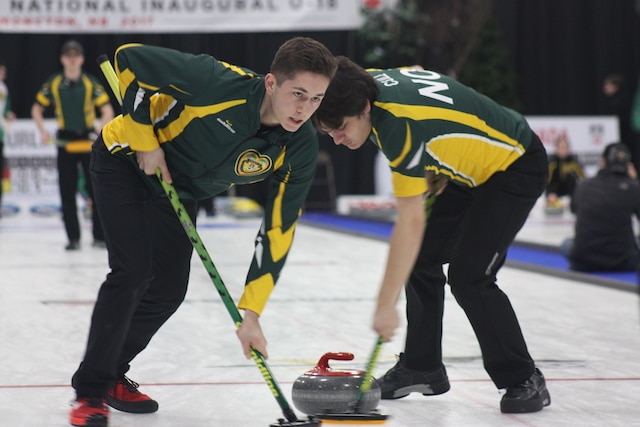 Men’s action will see reigning Canadian Junior champion Tyler Tardi of British Columbia in action against Northern Ontario’s Jacob Horgan after Northern Ontario held off Quebec in the final draw of the Championship Round. Tardi will look to add another national title to his already incredible season. In the other semifinal, Saskatchewan’s Rylan Kleiter will face a red hot Nova Scotia team skipped by Rylan Abraham. “Big game tonight and good to get the win. My heart’s still pounding for sure,” said Abraham after winning his final Championship Round game over Ontario’s Hazen Enman, 6-3. “We were solid throughout that last end. We were set up pretty good and he (Enman) made a pistol but we were lucky to have a shot at the end.” “It means a lot,” he said about making it to playoffs in this inaugural Under-18 championship. “I’ve been to a few nationals and never made it this far, so it feels great. I’m very proud. We’re gonna rest up and play some board games and just stay loose. We are a bunch of goofs so it shouldn’t be too hard. Obviously nervous but I think we’ll be fine.” 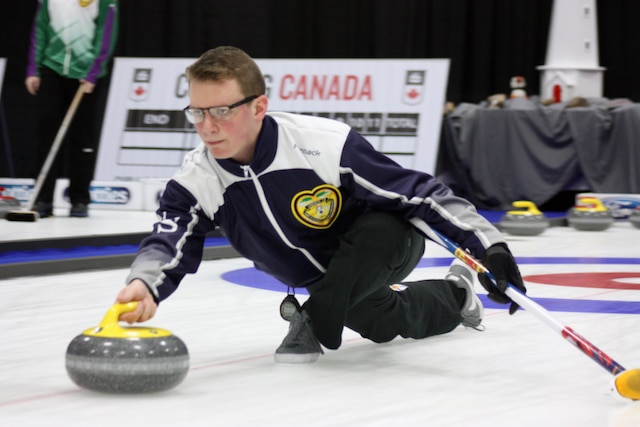 Thinking of tomorrow’s possible outcome and becoming a national champ, Abraham couldn’t help but smile. “Oh that would mean the world. That would be just awesome to bring that home for Nova Scotia,” he said. “But we’ll see, one thing at a time first. Hopefully we can talk about it after the semi.” All teams who aren’t competing in the playoff round will begin a one-day mixed doubles tournament in which players are paired with partners and coaches from another province to take a run at the first-ever Under-18 Mixed Doubles national title. Semifinals get underway at 12 p.m. EDT on Saturday, with the final medal games taking place at 4 p.m. EDT.