It was supposed to be a battle for the World Curling Tour No. 1 spot. But when Brad Gushue and Niklas Edin both made early exits from the AMJ Campbell Shorty Jenkins Classic, all eyes turned to two former No. 1s, as they advanced through the playoff round. 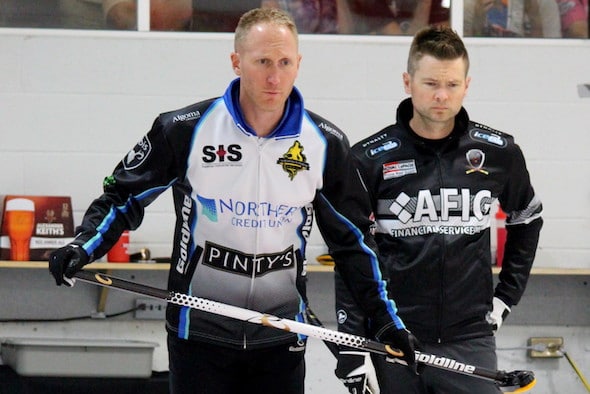 Winnipeg’s Mike McEwen ran the table through the pool stage at the Conwall, Ont., event, but fell to Brad Jacobs (Sault Ste. Marie, Ont.) in the final. Both teams have held the top spot on the World Curling Tour Order of Merit in recent years, but currently sit well back from Edin and Gushue, who are in a tight battle at the top.

“It’s nice to get a win early on, and get it out of the way” said Jacobs. “Sometimes you get a good chunk into the season before you’re able to win a World Curling Tour event and it creates a little more pressure.”

It wasn’t, however, a picture-perfect run through the competition.

“We actually didn’t play well through the round-robin,” said Jacobs. “We were able to sneak in with a good shoot-out. So when we showed up on Sunday, we were feeling pretty lucky, and we came out and played really well.”

The win, however, moves Jacobs much closer to the top spot, considering the championship earned this team 74.157 points (and $15,000). Jacobs (with Ryan Fry, E.J. Harnden, and Ryan Harnden) currently sits in third place, but now roughly 35 points back from Gushue’s No. 2 spot. 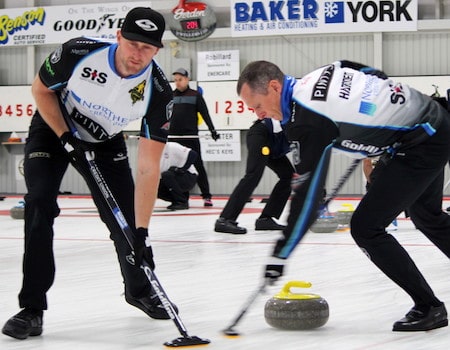 McEwen, meanwhile, moved up two spots into fifth place on the WCT list, after earning 58.266 points, and $10,000 for his runner-up finish. He passed Calgary’s Kevin Koe, who didn’t play this weekend, and Toronto’s John Epping who went 3-2 in Cornwall, but failed to reach the playoffs (based on shoot-out tiebreakers).

Gushue and his St. John’s team were 2-3, while Edin’s Swedish team only won a single game in the pool play. Team Gushue played its final three games with three players, after Gushue was called back home to St. John’s.

On the women’s side, Jamie Sinclair of the U.S. defeated Thunder Bay, Ont.’s Krista McCarville 6-5 in the final. Sinclar went undefeated through her pool, while McCarville only dropped one game. Sinclair earned $10,000 and 41.791 points, which vaults her well into the top-15 (from No. 18), which should qualify her for future Grand Slam of Curling events.

Meanwhile in Edmonton, the international teams made a big splash at the HDF Insurance Shoot-Out.  Three of the four semifinalists were non-Canadian, with only Winnipeg’s Darcy Robertson (also playing at the PreTrials in Summerside) making it that far. Robertson fell to Scotland’s Eve Muirhead, while Sweden’s Anna Hasselborg defeated China’s Bingyu Wang in the other semifinal.