The Tim Hortons Roar of the Rings is the most anticipated event of this curling season. All the qualified teams have planned their seasons with the hope that they peak at just the right time, and earn the right to represent Canada at the 2018 Winter Olympics. It was the yet-to-qualify teams who were putting on a show this past weekend on the World Curling Tour. 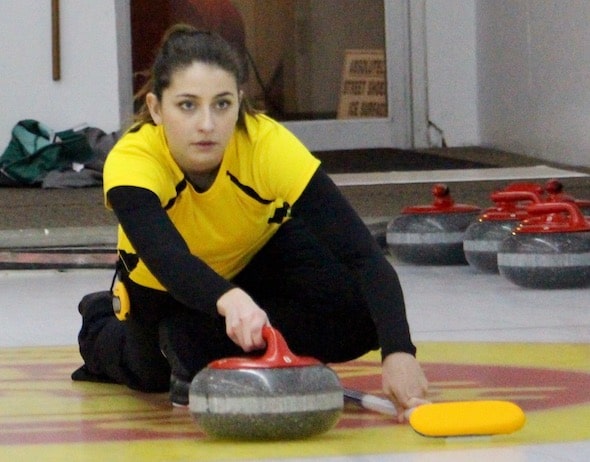 Shannon Birchard skipped her Winnipeg team to a big win over Jennifer Jones on the weekend in Saskatoon. (Photo, Curling Canada/Darlene Danyliw)

In events across the country, events were won by teams slated to compete in the Home Hardware Road to the Roar, also known as the pre-trials. From coast to coast, pre-trials teams took home titles, as they prepare for the Nov. 6-12 event in Summerside, P.E.I. Two teams of each gender will move on to the Tim Hortons Roar of the Rings, the big show Dec. 2-10 in Ottawa.

In Saskatoon, pre-trials qualifier Shannon Birchard (Winnipeg) defeated Jennifer Jones (Winnipeg) in the final of the Colonial Square Ladies Classic. Birchard (with Nicole Sigvaldson, Sheyna Andries, and Mariah Mondor — the same team she skipped to a silver medal at the 2013 Canadian Juniors in Fort McMurray, Alta.) took home $7,500 and 44.421 points. Jones earned $4,500 and 34.903 points, which moved her team into second place on the WCT Order of Merit. 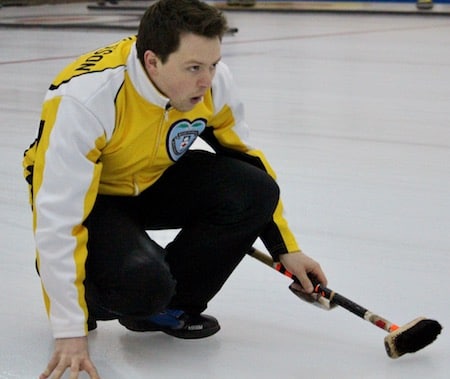 In Winnipeg, two pre-trials teams squared off in the men’s final at the Mother Club Fall Curling Classic. Hometown favourite Jason Gunnlaugson beat Pat Simmons (also with a Winnipeg-based team) 5-3, capping off an undefeated weekend. Interestingly, Simmons is skipping the team that Gunnlaugson skipped last season to qualify for the Home Hardware Road to the Roar. Gunnlaugson left that team to take over Matt Dunstone’s old team, after Dunstone departed to join Steve Laycock’s Trials-bound team.

On the women’s side, Michelle Englot (already qualified for the Tim Hortons Roar of the Rings) who defeated pre-trials hopeful Kerri Einarson.

In Waterloo, Ont., Julie Tippin (Woodstock, Ont.) defeated Susan Froud (Waterloo, Ont.) in the final of the KW Fall Classic, earning $2,500. Both Tippin, and semifinalist Sherry Middaugh will be in Summerside. On the men’s side, it was two-time Ontario junior champion and 2017 Canadian Juniors silver-medallist Matt Hall (Toronto) who took home the title.