This may sound like a repeat from last week, but we assure you it’s a new story: Brad Gushue and Rachel Homan won World Curling Tour events over the weekend. 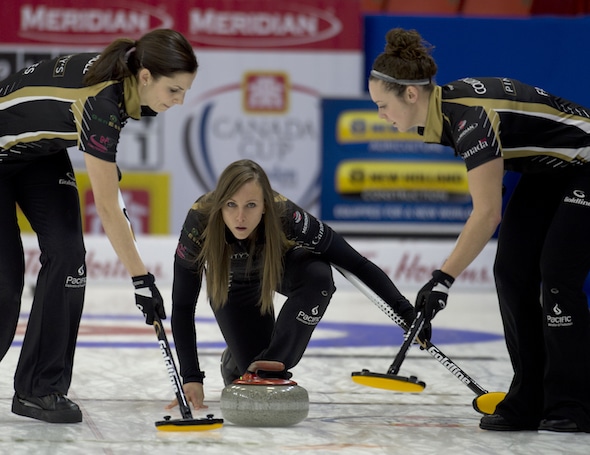 For the second week in a row, the reigning Canadian and world champions were victorious in their respective events, returning each of them to the top of the WCT Order of Merit rankings.

The win also earned them 51.148 points, and extended their lead on the Order of Merit after claiming top spot from Sweden’s Niklas Edin after last week’s win.

Homan, meanwhile, won the Curler’s Corner Autumn Gold Curling Classic in Calgary, taking home $14,000. Homan, Emma Miskew, Joanne Courtney and Lisa Weagle suffered a loss to Chelsea Carey (Calgary) in the qualifying stages, but got their revenge in the playoffs where they beat Carey in the semifinal. In the final, Homan and Co. beat Nina Roth of the United States, who took home $10,000. Homan also gained 68.615 points for winning the 32-team event.

Like Gushue, this was Homan’s second win in as many weeks, and again like Gushue, the Ottawa squad sits at the top of the world rankings.

The other big event on the WCT calendar this past weekend was the Direct Horizontal Drilling Fall Classic in Edmonton. The playoff bracket read like a who’s-who of curling, featuring Reid Carruthers, Pat Simmons, John Morris and Steve Laycock but the perhaps-unexpected winner was China’s Rui Liu, defeating Calgary’s Kevin Koe 6-2 in the final.

— Joelle Brown beat Shannon Birchard in an all-Winnipeg final at the Man Curl Tour Classic. On the men’s side David Bohn beat Jordan Smith 4-2 in the final of the 12-team event.