The Championship and Seeding rounds wrapped up on Friday evening at the 2018 Canadian Mixed Curling Championship in Swan River, Man., and the playoff teams are now set Saturday’s semifinals. First-place Quebec, undefeated throughout the competition, finished in first place (10-0) and will meet Newfoundland and Labrador, who squeaked into the playoffs with a 6-4 record. Ontario finished in second place and will play New Brunswick. Both teams finished the Championship round with 8-2 records. 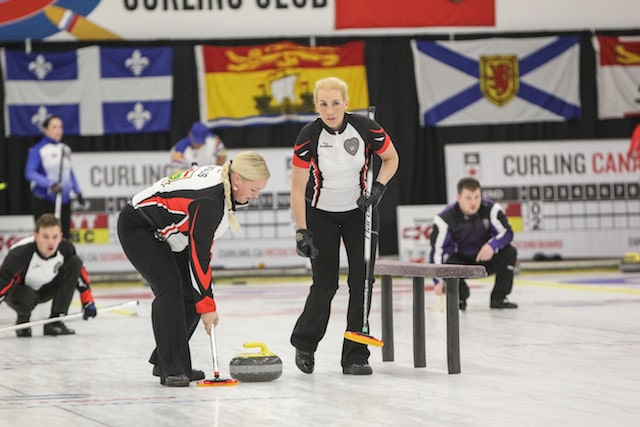 Draw 13 New Brunswick skip Charlie Sullivan missed a draw to the eight-foot in the second end and gave up a two-point steal to Quebec. The New Brunswick team struggled to find draw weight for most of the game, but that changed in the sixth end. Two centreline guards allowed New Brunswick to steal one point when Robert Desjardins misfired on two takeouts. Quebec took hammer into the eighth and emerged with a 3-2 win. Jamie Koe and his Northwest Territories foursome seemed more relaxed against their Northern Ontario opponents after a disappointing last rock loss against Ontario the night before. The game remained close throughout. A steal of two in the seventh end gave Northwest Territories the cushion they needed in the eighth. Four points in the last end put an exclamation mark on a 9-3 rout. 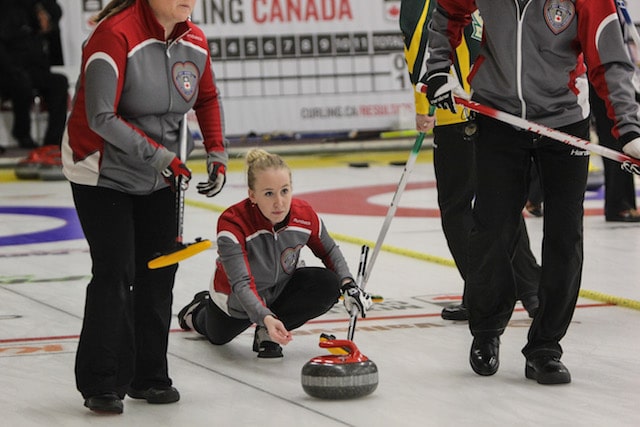 Nova Scotia gave up a steal to Alberta in the third end, but they recovered in the fourth with a single and a steal in the seventh to give them control in eight. They ran Alberta out of rocks and claimed the game with a score of 5-3. Ontario and Newfoundland and Labrador traded singles in the first three ends. But a three in the fourth made an emphatic statement by Ontario. Drawing short in the fifth and sixth ends, Newfoundland and Labrador skip Chris Ford gave up steals to Ontario and Mike Anderson’s crew coasted to a 6-3 finish. Draw 15 Northwest Territories’ Koe gave up a steal of four in the first end to set the tone for the game against Nova Scotia’s Brent MacDougall. But in the fifth end, a well-orchestrated freeze by Northwest Territories vice Kerry Galusha forced MacDougall to a single point. Steals in seven and in eight were not enough for Northwest Territories, and Nova Scotia came out on top, 5-4. Ontario forced Quebec to deviate from their hit game when Ontario skip Anderson tapped an opposition stone back for a deuce in the third. Quebec responded with a two of their own in four. With many rocks in play and an unusual fair play time out, Quebec stole one in the sixth to go up 4-2, and the game was tied 4-4 after seven. Skip Desjardins’ dramatic last-rock draw to the four-foot gave Quebec the 5-4 win and kept the winning streak intact. Saskatchewan’s Bruce Korte scored two three-point ends against B.C. in the only seeding game of this draw. Korte maintained control for a 10-4 win in these two teams’ last game of the competition. The televised game between Northern Ontario and Alberta saw exchanges of two in the first four ends. A three by Alberta gave them a lead of two in the sixth. Katie Morrissey accomplished a double takeout that led to an easy takeout by the Alberta skip Warren Cross for two points and a 9-6 win. New Brunswick’s Sullivan stole a single in the eighth to tie the game with Newfoundland and Labrador, 5-5. In the extra end, with two New Brunswick rocks frozen in the four-foot ring, Newfoundland and Labrador’s Chris Ford attempted the double takeout but left one counter for the 6-5 New Brunswick win. 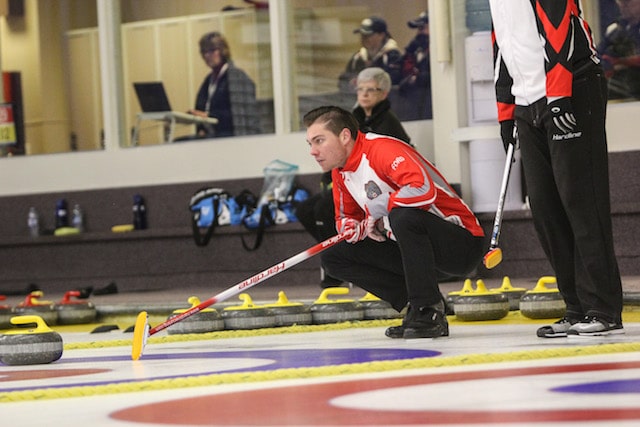