Ahead of the start of the 2017 Travelers Curling Club Championship Andrew Symonds wanted to be playing meaningful games on Thursday.  The Newfoundland and Labrador skip was in the thick of things on Thursday morning at the Cataraqui Golf and Country Club. 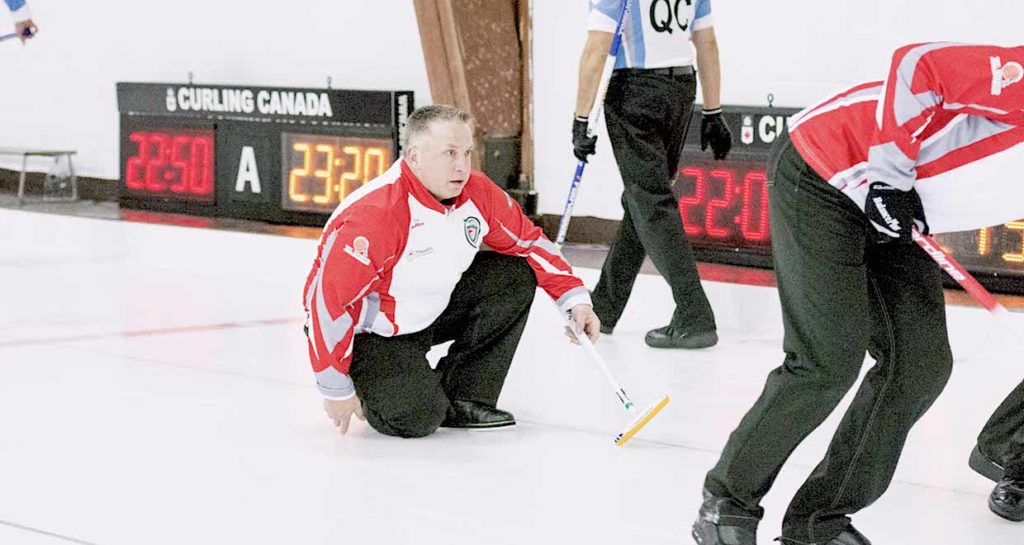 The 2015 Travelers Champion out of the RE/MAX Centre in St. John’s stole a crucial win from the previously undefeated team from British Columbia in Draw 11 to improve Newfoundland’s record to 4-1. Nanaimo, B.C.’s Bart Sawyer entered the game with four straight wins and controlled a good chunk of the game against Newfoundland and Labrador.  A win by B.C. would have guaranteed Sawyer, third Steve Waatainen, second Craig Burton and lead Keith Clarke first place in Pool A. Symonds all but secured the win with a perfect freeze to cover the button’s Travelers umbrella on his last rock in the eighth end. With a centreline guard and the score tied 5-5, Sawyer had a difficult come-around tap for the win. The team from Vancouver Island, however, wasn’t able to catch enough of the Newfoundland counter to keep their shooter on the button and rolled off, giving Newfoundland the steal of one to win. 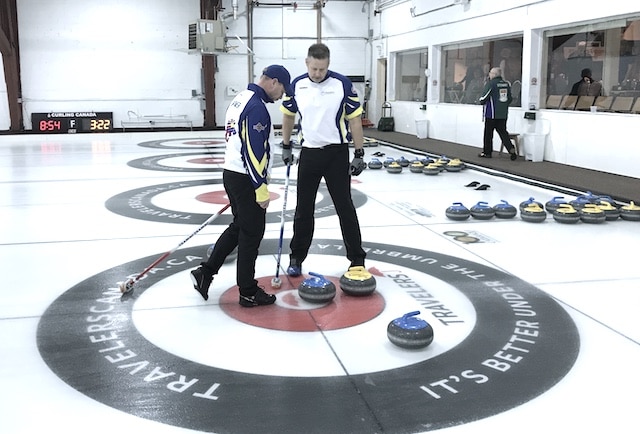 The skip from St. John’s credited B.C. with great play throughout the round robin game. “We dodged a huge bullet in the sixth end to only give up three points,” said Symonds. “We were actually happy they only got three on us. We got our two points in the seventh and fought right to the end in eight.” Symonds, third Mark Healy, second Dave Noftall and lead Keith Jewer still have one more round robin game to play on Thursday at 4 p.m. (all times Eastern) against New Brunswick (1-4) which will help determine the playoff picture. “That carrot of the semifinal berth looks pretty good so it would be huge for us to finish 5-1 but there’s still the first place tie-breaker situation if that were to happen,” said Symonds, adding that the team needs to stay focused.  A tie for first place would be determined using the last-stone draw to the button distance score from each of the round robin games. The 14 men’s and 14 women’s teams are split into two seven-team round-robin pools. After a single round-robin, the top three teams in each pool will make the playoffs. The first-place teams will be seeded directly into the semifinals on Friday at 6:30 p.m. The second and third-place teams will meet in crossover quarter-finals Friday, with the winners moving into the semis. The semifinal winners will play for gold, and the losers will play for bronze on Saturday morning. In Men’s Pool B action Northern Ontario (3-3) kept their playoff hopes alive with a narrow 7-5 win over Prince Edward Island (0-4). Ontario (5-0) cruised past Yukon 7-3 to set up a crucial showdown Thursday evening against Manitoba (4-1) to determine first place in Pool B.  Brandon’s Mark Anderson defeated Nova Scotia (3-2) in another key morning draw in Kingston by a score of 7-2. The women’s event continues Thursday afternoon at 12:30 p.m. at the Cataraqui Golf and Country Club. The men resume play at 4 p.m. for the final round robin draw before the women’s final round robin draw commences at 7:30 p.m Thursday. For full standings and scores, including women’s standings, from the event check out www.curling.ca/scoreboard