Two young Northern Ontario teams are heading to China this December to represent Canada on the international stage, an unexpected and exciting opportunity for these “Next Generation” athletes. 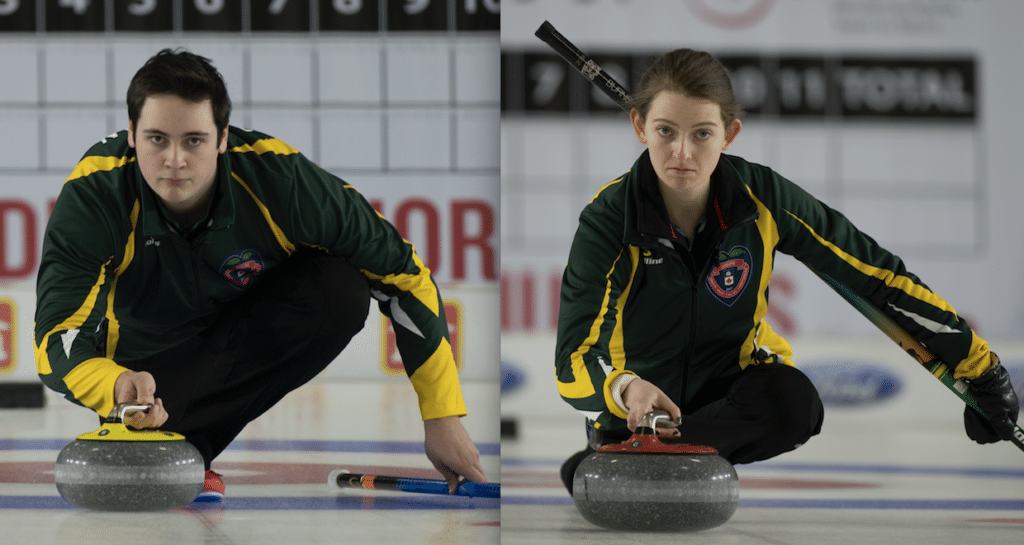 When an invitation arrived from China for two Canadian teams to compete at the 2017 Qinghai International spiel, Curling Canada’s National Men’s Coach Rick Lang was faced with a dilemma. He knew the top teams in the country would be somewhat busy in December, battling it out at the Tim Hortons Roar of the Rings for the right to represent Canada at the 2018 Winter Olympic Games in Pyeongchang, South Korea. “It was obviously really bad dates for all of our Trials and Pre-trials teams,” says Lang. “So we asked if we could send two of our ‘Next Gen’ teams, and the organizers agreed.” Lang contacted a number of junior teams about their availability, and two Northern Ontario teams, led by skips Krysta Burns and Tanner Horgan, jumped at the opportunity. “We are all really excited to be able to represent Canada on such a big stage,” says Burns, who won gold at the U Sports national university championship and bronze at the U21 Canadian Juniors last season with teammates Megan Smith (third), Sara Guy (second) and Laura Masters (lead). “We are honoured to have been given this chance to see the world and play against some of the best curlers out there.” 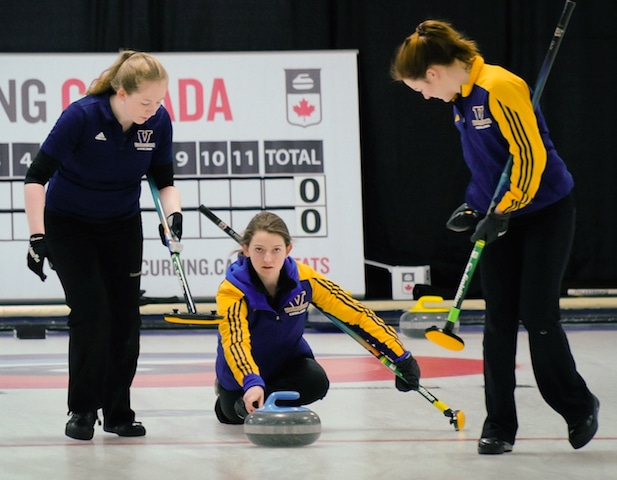 Ryan Lafreniere has coached all four of the players on the Burns team over the past several years, but it was last season, as their coach at Laurentian University, that he worked with them towards their triumphs at the USports university championships. “All of the women have been playing competitively since they were small,” he says. “I know that they are very excited and proud to be representing their country at an international event, an opportunity that does not come about very often. Their work and dedication to the sport has certainly paid off and they are very deserving of the honour.” The Horgan team brings an equally solid résumé to the event, with silver and bronze medals from the Canadian Juniors, as well as experience on the ice at a Grand Slam of Curling event last season – all of which has helped propel it to 11th place on the Canadian Team Ranking System (CTRS) list, an impressive ranking for a junior team, says their coach (and Tanner’s dad) Gerry Horgan. “(The Qinghai competition) is an opportunity to play international teams and gain experience,” says coach Horgan. “This year we played eight games in the Stu Sells Oakville event and only one game was against a Canadian team. We are proud to be wearing the maple leaf and representing Canada. Making the playoffs would be our goal, considering we have played some of the teams that will be there and we have held our own.” “It’s a great adventure to play on the other side of the world in a culture that is so different than ours,” he adds. “We feel very thankful for being chosen to represent Canada at this event,” says Tanner Horgan, and he adds that he and his teammates – brother Jacob (who skipped his team to the Canadian Under-18 Boys title last season) at third, Nicholas Bissonnette at second, and Maxim Blais at lead – are planning to “soak up as much of the culture as we can while we are there.” But they also have their eyes on the rewards. “This is a perfect opportunity for our team, with the junior nationals only a month later,” he says. “Gaining experience traveling, competing internationally and on great ice conditions is what we need in order to play at our best at the Canadian Juniors.” 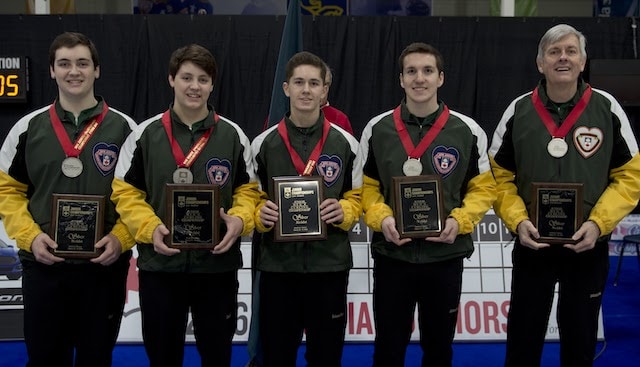 “Curling Canada was pleased to nominate two outstanding young teams to participate in the Qinghai Competition in China in December,” says Lang. “Both these teams have had outstanding success in Canada in recent years as a result of their dedication and commitment to the game. Qinghai will offer them the opportunity to wear the Maple Leaf on their backs and represent Canada in high-level competition. These two teams represent our next generation of world-class curlers and we wish them all the best in China.” Horgan and Burns will be trying to maintain Canada’s record of finishing in the medals at this annual spiel that attracts elite international teams. Last year, Canada’s Corryn Brown, a former B.C. and Canadian Junior champion, took home the gold after defeating Great Britain’s Hannah Fleming, while Winnipeg’s William Lyburn took silver after losing the Men’s final to Norway’s Thomas Ulsrud. Win or lose, both teams are determined to make the most of this opportunity, says Burns. “No matter what, we know this will be an amazing experience we will never forget.”