Michelle Englot’s Winnipeg’s team will get another shot at claiming an elusive victory at the Scotties Tournament of Hearts, it was confirmed today. 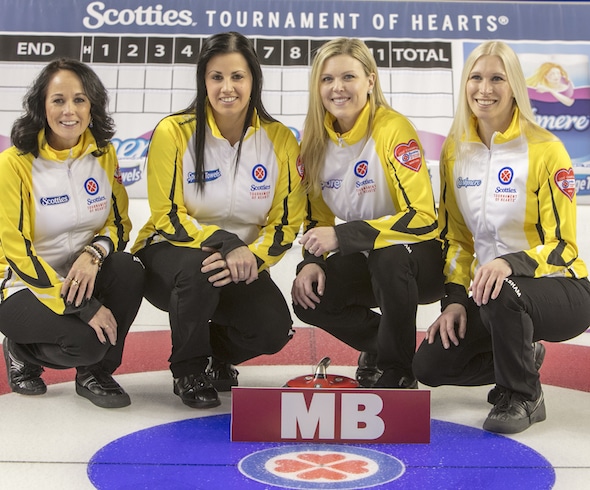 With Homan’s team now bound for the Winter Olympics in Pyeongchang, South Korea, by virtue of its victory at the Tim Hortons Roar of the Rings earlier this month in Ottawa, it will have to decline a return trip to the 2018 Scotties Tournament of Hearts because of scheduling conflicts — the team is travelling to South Korea while the 2018 Scotties is in progress.

That means Team Englot will assume the Team Canada title for the 2018 Scotties, set for Jan. 27-Feb. 4 in Penticton, B.C.

“Obviously, our focus this season was on the Tim Hortons Roar of the Rings, but with this amazing opportunity, we will be getting to work very quickly to prepare for the Scotties, as well as the World Financial Group Continental Cup,” said Englot. “I have so many amazing memories associated with competing at the Scotties, and to have the chance to compete as Team Canada is an absolute privilege, and one that we can’t wait to experience.”

Tickets are selling very quickly for both events. For tickets to the 2018 Scotties Tournament of Hearts, CLICK HERE.