For the 24th consecutive year, Canada’s top men’s and women’s curlers will be showing off their skills in the Ford Hot Shots competition at both the Scotties Tournament of Hearts and the Tim Hortons Brier. 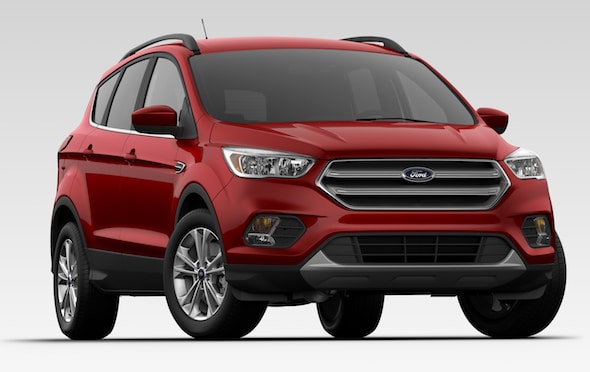 But for the first time, fans will be given the opportunity to get behind the wheel of a brand new 2018 Ford Escape SE 4WD thanks to the efforts of those curlers.

The new format will see curling fans entering a contest for the opportunity to win a two-year lease on the 2018 Ford Escape 4WD, and will be in the arena when the prize is decided — on Jan. 27 in Penticton, B.C., at the 2018 Scotties Tournament of Hearts and on March 2 in Regina at the Tim Hortons Brier.

You can enter online, and find full contest details and rules, at www.fordhotshotcontest.ca. Fans have until Jan. 12 to submit their entries for the Scotties Tournament of Hearts contest, while the fan entry window for the Tim Hortons Brier is Jan. 29 to Feb. 16.

At both the Scotties and the Tim Hortons Brier, four lucky fans will be chosen from the list of entries, and prior to the final round of the Ford Hot Shots skills competition, they will be matched with the final four entries on the ice. The contestant who’s matched with the winning team will win the two-year lease on the 2018 Ford Escape SE 4WD.

As part of the new-look format, the competition on the ice also is being revamped.

Instead of it being an individual contest, the 15 teams (the two combatants in the Friday night Wild Card play-in game won’t take part) will compete as units. All four players on the team will throw the skill-based shots and their scores will be added together. The four teams with the highest total scores will move on to the final round.

While the fan will win the vehicle, the players will hardly go away empty-handed. The winning team will pocket a cheque for $15,000, while the other three finalists will win a $500 donation to the local charity of their choice.

The players will attempt four shots: the famous Al Hackner shot from the 1985 Brier, a straight raise to the button; a drag-effect double takeout; and an around-the-horn triple-takeout to score two.

Players will be given a series of points, from five to zero, depending on how well they executed the shot.

At the Scotties Tournament of Hearts, the Ford Hot Shots preliminary round will take place Jan. 26 at noon PST, with the final round Jan. 27 at 11:15 a.m. PST.