After losing in an extra end on Monday afternoon, Quebec’s Alek Bedard needed a bounce-back game, and that’s exactly what he delivered against Nova Scotia’s Matthew Manuel in Draw 9 of the 2018 New Holland Canadian Junior Curling Championships in Shawinigan, Que. 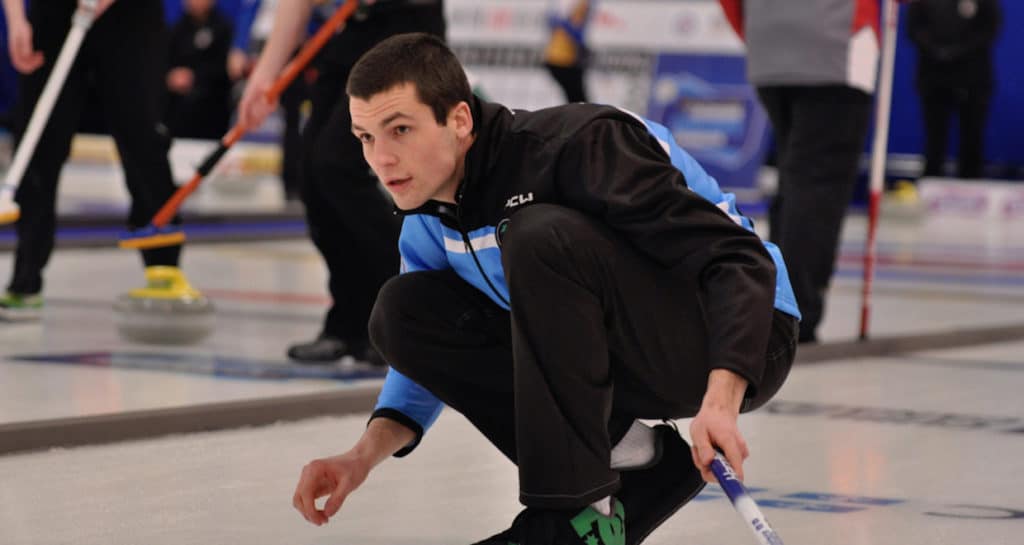 It was a tight game, as Bedard and Manuel traded points through the first six ends and were tied 6-6 after eight. Trailing by one point after nine, Bedard made the most of his last-rock advantage to score a deuce and take the game with an 8-7 score. Quebec and Nova Scotia are now tied in the Pool A standings with 3-2 records. In the only other men’s Pool A game, J.T. Ryan of the Assiniboine Memorial Curling Club in Winnipeg secured his spot at the top of the standings with a 10-2 win over Yukon’s Joe Wallingham. In Pool B, Prince Edward Island improved to a 3-3 record after a 9-4 win over Northwest Territories’ Sawer Kaeser, who is still looking for his first win. Alberta’s Karsten Sturmay stole six points in three consecutive ends to take a 10-4 win over Newfoundland and Labrador’s Daniel Bruce. Sturmay now sits in third place, trailing the leaders Matt Hall (ON) and Tanner Horgan (NO), who are both undefeated with 4-0 records. On the women’s side, Alberta’s Kayla Skrlik kicked off her game against Lauren St-Georges of Quebec with a big score of five and never looked back, winning 10-5 and taking over first place in the Pool A standings. In Pool B action, P.E.I.’s Lauren Lenentine and Ontario’s Emma Wallingford both came into their Draw 9 match-up undefeated. Lenentine led throughout, scoring three points in the ninth end to secure a 9-4 win and move into first place. Wallingford (4-1) and Mackenzie Glynn from Newfoundland and Labrador (3-1) are right behind in the Pool B standings. In the only other women’s game on Monday evening, Justine Comeau of New Brunswick stole six points on the way to a 12-2 win over Yukon’s Kelsey Meger. 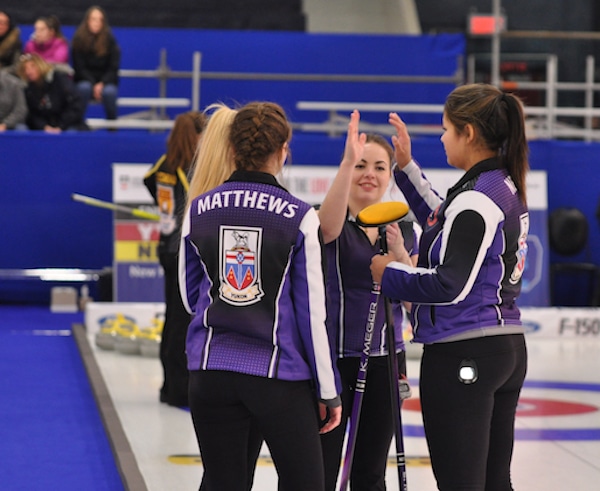 The last day of the round robin continues on Tuesday with three draws, 9:30 a.m., 2 p.m. and 6:30 p.m., all times ET. Fourteen men’s and 14 women’s teams will compete for Canadian titles, separated into two seven-team pools per gender for an initial round robin, followed by a Championship Round (top four in each pool) leading to the playoffs. The top team advances to its respective final on Sunday, Jan. 21, while the second- and third-place teams meet in a semifinal on Saturday, Jan. 20, to determine the other finalist. TSN/RDS2 will carry complete live coverage of the semifinals (women at 1 p.m. [all times ET], men at 6 p.m.) on Jan. 20 and finals (women at 1 p.m., men at 6 p.m.), held at the Aréna de Grand Mère. It’s the first year of event title sponsorship by New Holland, a world leader in the manufacturing and selling of agricultural and construction equipment. For event information, visit www.curling.ca/2018juniors.