Casey Scheidegger of Alberta and Kerri Einarson’s Team Wild Card used three enders in the middle of their games to score tight victories Thursday afternoon as the Championship Pool got underway at the Scotties Tournament of Hearts. 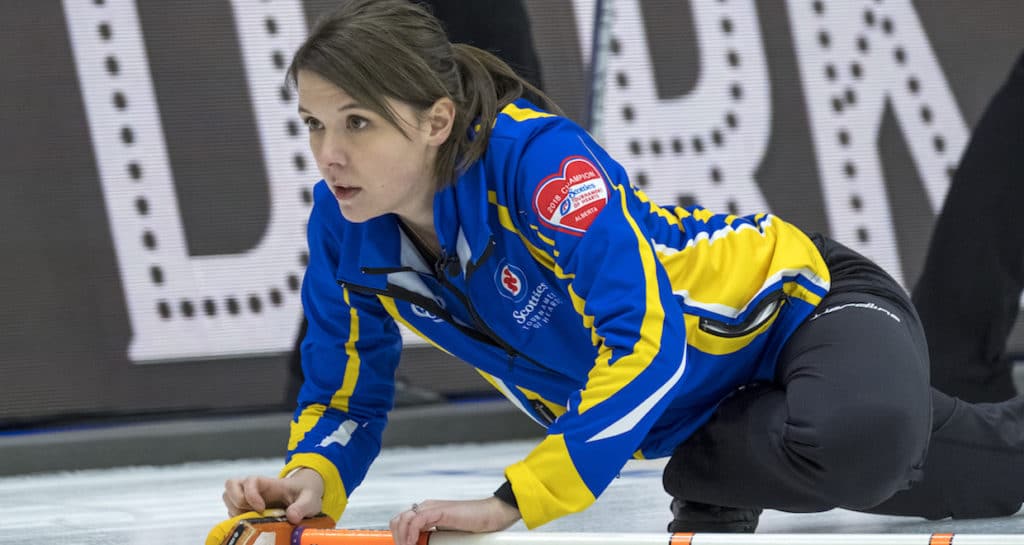 Team Alberta skip Casey Scheidegger in the first draw of the championship pool at the 2018 Scotties Tournament of Hearts in Penticton, B.C. (Curling Canada/Andrew Klaver photo)

The wins, Alberta 8-4 over Tracy Fleury of Northern Ontario and Wild Card 7-5 over Hollie Duncan of Ontario, kept the Scheidegger and Einarson teams atop the standings at 7-1. “They put a lot of pressure on us,” Fleury said of the aggressive play by Scheidegger, third Cary-Anne McTaggart, second Jessie Scheidegger, lead Kristie Moore, alternate Susan O’Connor and coach Carolyn McRorie. “We were looking at a ton of red rocks the whole game. There were a bunch of ends we were in trouble. They outplayed us … draw weight was a problem for us.” Alberta scored a single in the first, stole one in the third and broke the game open with three in the fifth and two in the seventh. “We know they’re a great team and Tracy’s a great shot maker so we wanted to make sure that we were putting our rocks in good spots so she had to make (tough) shots,” Scheidegger said of her team’s strategy that worked to near perfection. Einarson needed a draw to the full four foot with her final stone to score one in the 10th and avoid an Ontario steal that would have forced an extra end. Ontario, which won the morning tiebreaker over Stacie Curtis of Newfoundland and Labrador to get into the Championship Pool, started strong with singles in the first two ends. But they gave up a deuce in the fifth that tied the game and made two key misses in eighth that allowed Einarson to score three to take control. In the other two games, Jennifer Jones of Manitoba (6-2, Winnipeg) bounced back from a two-loss day on Wednesday to roll to a 10-3 win over Kesa Van Osch of British Columbia (4-4, Nanaimo) and Mary-Anne Arsenault of Nova Scotia (6-2, Dartmouth) stole one in the fifth and two in the eighth to beat Michelle Englot of Team Canada (5-3, Winnipeg) 7-1. “We had a great game start to finish,” said Arsenault. “We were really solid from lead to skip and took advantage when we could.” 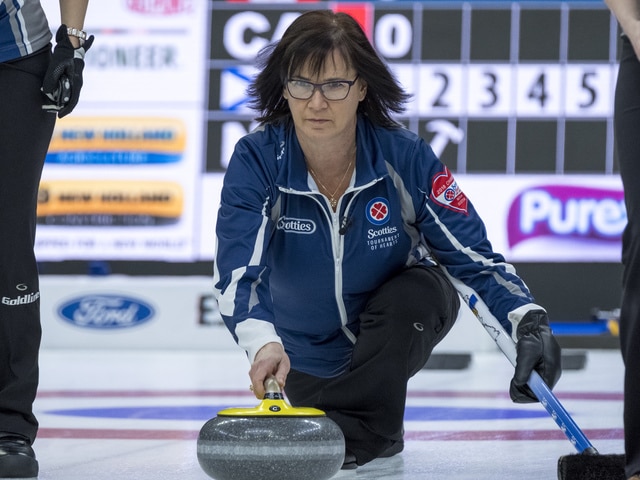