Today was a great day, for a lot of reasons. 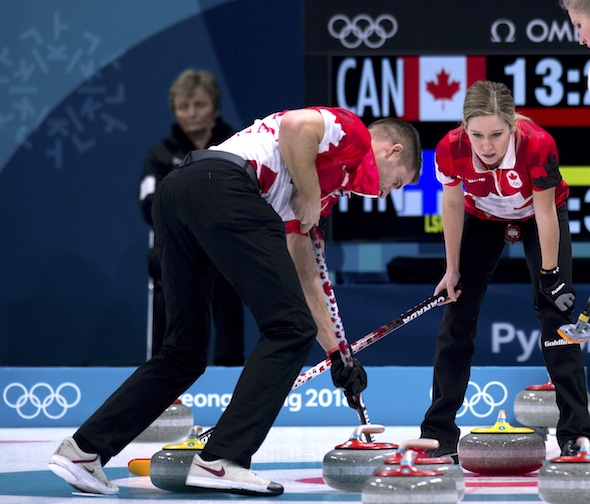 Obviously, John and I got two big wins, which was great. But just before the afternoon game against Finland, my boyfriend Stephan Vigier finally got here from Norway, where he plays professional hockey.

I feel terrible for him; it was quite the process. He played a game on Tuesday night, and then had to catch a 6 a.m. flight from Oslo to Paris the next morning, so they had to leave at 2 a.m. from Lillehammer to get to the airport. So he didn’t go to bed that night.

He flew from Oslo to Paris, and then the Paris-to-Seoul flight was delayed for a long time, and then cancelled. So they put him in a hotel to get on a plane the next morning, but it was an hour and a half away to the hotel, and he needed to be at the airport at 7 for the flight. So, again, he didn’t get a lot of sleep. Then, the 11-hour flight to Seoul, and then the train ride. But now he’s here, and I’m so happy. 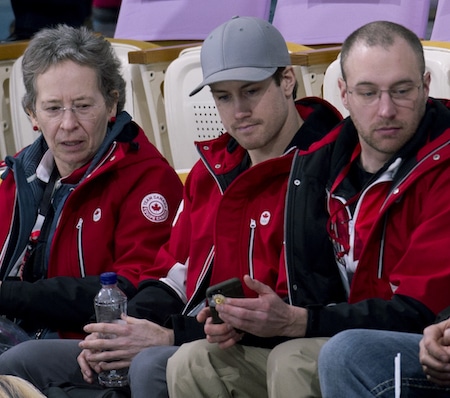 I ran up quickly to see him before the game, got the big hug I’ve been waiting for, and then kind of settled down after that to play Finland.

I struggled a little bit with my first rock in that game, but we figured it out as the game was going; we moved a couple stones around. We managed the stones and ice, and I’m really proud of us for staying patient.

It’s fun throwing last rock, when you hear the roar from the crowd — it fires you up and makes you want to make more shots. I have such a great partner in John who gives me the confidence that I can make those big shots, and helps talk me through some of them as well.

It’s nice that we’ve been able to walk in the Opening Ceremonies before; I think there probably would have been a little bit of wondering what it’s like if we hadn’t. But at the end of the day, we’re here to perform, this is our job. We want to make sure that we’re rested and feeling good for tomorrow. I don’t think standing on our feed for that many hours is something that’s going to benefit it. So, we’ll watch it and we’ll be cheering on our teammates.

Two wins is huge for us today, and I’m really proud of us for that. Hopefully we can get a couple more tomorrow, but it won’t be easy against Switzerland (7 p.m. ET Friday) and the Olympic Athletes from Russia (6 a.m. ET Saturday).

We’re loving this event, and we’re excited to be representing our country. Your support means a lot to us!