We’ve had a great round robin, and now we’re getting ready for the playoffs. 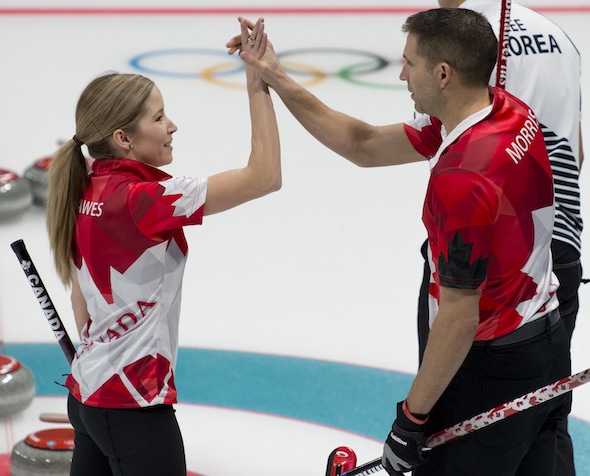 As everyone knows, it’s a different playoff format at the Olympics than what we use at events in Canada. John and I will be in a semifinal against the winner of the fourth-place tiebreaker between Norway and China, and the Olympic Athletes from Russia will play Switzerland in the other semifinal. Then the two winners play in the gold-medal game. We won’t know the time of our semifinal tomorrow until after the tiebreaker is played.

The biggest thing is that it’s a clean slate now. Everyone is on the same level playing field and it’s a sudden-death game. You just have to try to remember that it’s an honour to be playing in that semifinal, and you have to try to be patient. If we can keep putting pressure on the other team, then I think we have a chance of finding our way into that next game, but we have to play well.

Right now I’m feeling really good. I think every game, we’ve had that attitude of having our backs against the wall, especially after we lost our first one. So this is no different. We have continue to learn about what the ice and rocks are doing. No matter what, we have two games left, so we’ll fight our hearts and out and hopefully we’ll come back home with a medal. 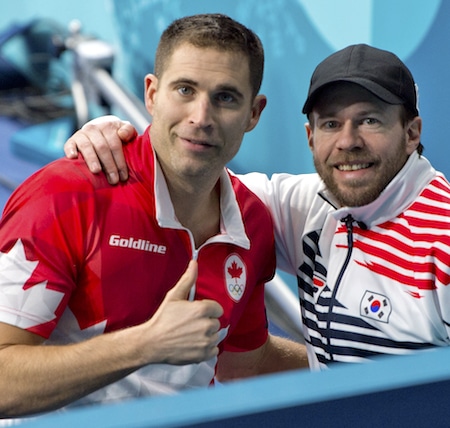 I did a lot more sweeping today against South Korea. John was feeling great, but honestly, I haven’t been sweeping a lot this week, so I thought I’d be a good teammate and offer to give him a little bit of a rest so he’s fresh for the playoffs. And I think it was kind of fun for me because I surprised him with how straight I can hold a rock! Good things come in small packages, and it’s good that he knows that, too!

This week has been incredibly special, to have my mom, my boyfriend and my brother here. It means the world to me, and I’ve really tried to make sure that I spend some time with them and really just enjoy the Olympics with them. I didn’t get a chance to get out of the Athletes’ Village in Sochi; we stayed pretty much in the bubble the whole time. So, this has been really special for me, to be able to go to Canada Olympic House, spend some time with them, watch some of the other sports, and really see the Games through their eyes as well. I just want them to know how much it means to me to have that support here because I can’t do it without them.

Just being here is amazing. Every day is like, ‘Wow, we’re at the Olympics!’ I get to slide over the Olympic rings, and when I look up, I get to see my mom whistling at me and my boyfriend waving my big head — it’s been so much fun.

My mom’s whistle really stands out, so I always know it’s her. Before every game, when we march out, I always make eye contact with her and give her a little wave — just so she knows I appreciate everything she’s done for me. It’s fun to see her so into the games; I’ve seen some pretty funny pictures and videos of her nervously watching. Hopefully we haven’t her too many heart attacks!

It would be cool to be able to whistle like her; maybe one day when I have kids, I’ll have to ask her how she does it.

The rest of today will be spent resting, with some practice time, and just getting ourselves ready for a big day on Monday! We can’t wait!