I’ve been playing so many years to get to the Winter Olympics, and now that I’m here, I’m seeing things differently on the inside of the Games. 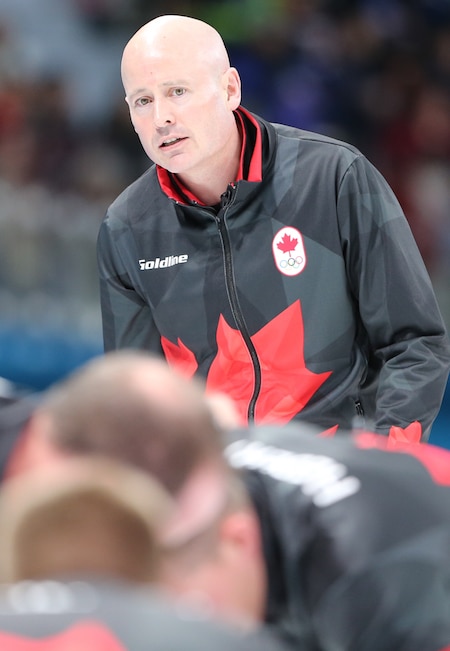 One that sticks out to me is that when I’m at home watching the Olympics, I know exactly what’s happening in every sport, what’s going on for all the Canadian athletes. But now I’m here at the Olympics, and I have no clue what’s going on, who’s competing tonight, where our best chances are for medals — especially the last couple days, as we’ve been getting more focused on our own routines. I found that odd — I’m finally at the Olympics and I don’t know what’s going on.

The Athletes’ Village has been a lot of fun, and watching the other athletes compete has been great. It’s just been awesome so far.

It was just a great experience to be part of the Opening Ceremonies. You dream about that, and for me, the best moment was just as you’re about to walk into the stadium — everyone’s cheering, and you’re walking in with your bigger Team Canada. That was for sure the highlight of the night for me.

It was a long time coming this week to get on the ice today. We had to leave Canada early to train in Japan to get over the jet-lag and get used to the time change. And then we were here in Gangneung for three or four days without getting on the ice. We would have liked to throw rocks, but it is what it is. It was good to get a couple days of practice, but today was a perfect day for us to play two games right out of the gate. We did the same thing at the Trials, and then we’ll get more into the routine of a game a day, which is perfect for us older teams. 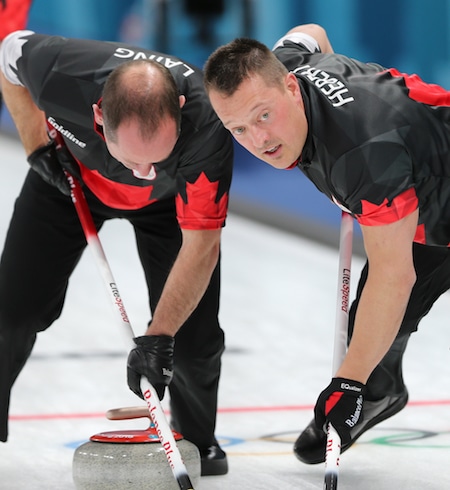 I liked a few things about the way we played today. I liked our patience in the first game; Italy played really well and we just had to slowly wrestle away control from them. We didn’t panic. We didn’t know a lot about that team, and it was easy to think that we should have been winning early, but obviously their great performance was no fluke. They went out and beat Switzerland tonight.

We had another good game tonight against Great Britain to get our second win. The guys are playing good in front of me; I played pretty good, but I missed a few that showed I’m not totally dialled in out there. But I feel good, I like the conditions, so I’m pretty sure it’ll come for me. I like where we’re at.

(Kevin Koe is the skip of Canada’s Olympic men’s curling team, and is playing in his first Winter Olympics. Keep checking curling.ca for blogs from Canadian athletes and coaches attending the Winter Olympics; you can watch a replay of the game by CLICKING HERE)