We’re headed to the playoffs, and it’s a bit of relief and excitement, all at the same time. 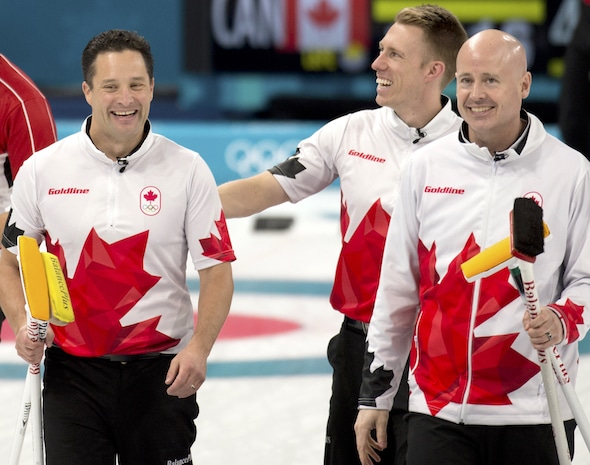 Obviously it’s been a bit up and down for us; we got off to a 4-0 start, and you’re feeling pretty good. And then, three losses in a row and you’re like, wow, what’s going on, we’re in trouble to make the playoffs. So to bounce back with two wins when we had to have them feels great. We’ll be ready to go for the semifinals. That U.S. team played lights out against us in the round robin to beat us, so we’ll really have to be sharp to beat them on Thursday (6 a.m. ET, CBC).

It actually feels good to be challenged like we were. If you’re just rolling along and you don’t get some kind of adversity all week, and then all of a sudden it happens to you in the playoffs, you might not know how to react. But obviously we’ve been tested this week; we lost a few games. But we’re playing well, and I think we’ll be good to go on Thursday. 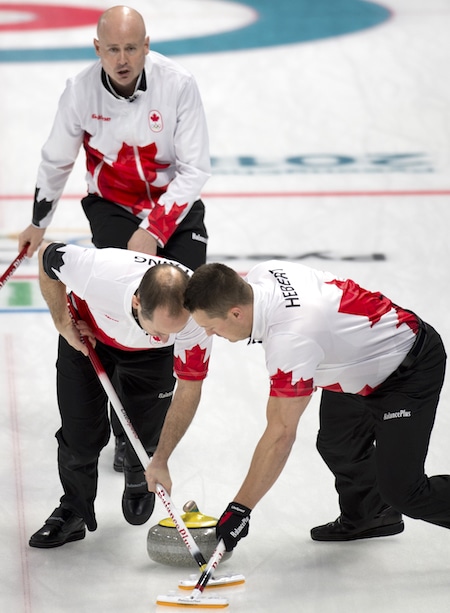 I like that Canadian fans have been so supportive of Rachel’s team, which I know they appreciate after such a difficult week. Nobody feels worse than they do; I know how much time and effort they put into the game, and what this event means to them. Regardless of this week, they’re maybe the best women’s team in the world. But in curling sometimes, you get to an event and you just don’t feel comfortable, and it starts to mess with your confidence a little. It happens to everyone; it’s happened to me. And unfortunately for them, it happened this week.

But they battled, they got close, and they played hard for Canada. They’ll bounce back; they’re too good of a team, and we’re just fortunate that we’ve had the experience of being at the Olympics with them as teammates.

We were able to get Scott into our game today against Denmark, which was really nice. Scott has been with us for a few years now, and he’s been awesome for us. He’s just the best fifth man anybody could ask for, and he’s played a lot of games for us this year, and over the years. He just does so many things behind the scenes that no one will ever know. He keeps us positive, he helps us along, and he’s won so much himself with the Ferbey team that his wealth of knowledge is a great resource.

It was great to get him in there; I’m sure he had fun out there, and it was fun for us to see him get on the ice at the Olympics.

(Kevin Koe is the skip for Canada’s Olympic men’s curling team, and is participating in his first Winter Olympics. Keep checking curling.ca for blogs from Canadian athletes and coaches attending the Winter Olympics. You can watch a replay of the game by CLICKING HERE)