Most really good Canadian curlers at some point in their career have had the game be pretty cruel to them. They played great; we just didn’t quite have the extra-good today, and that’s the way it goes. 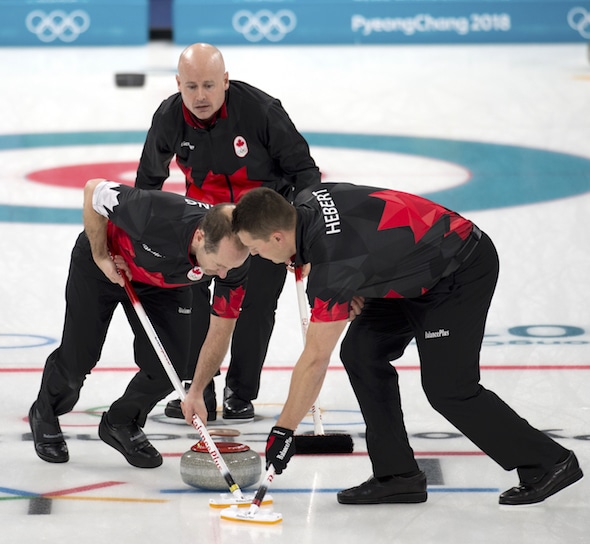 But don’t let anybody tell you that this is going to take us down. It won’t. Life absolutely will go on for us, for our friends, for our families, and we will come out tomorrow and play our guts out to try to win a bronze medal for our country. 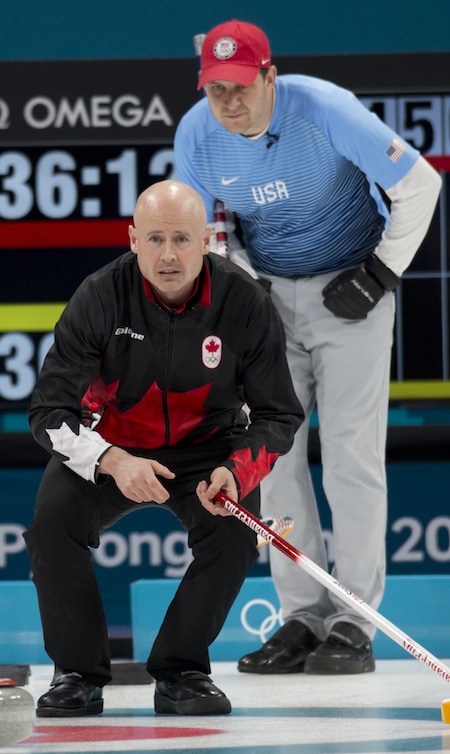 Of course today was disappointing, but it was the end result that was disappointing — not our effort. John’s team played great, which wasn’t a surprise after the way they played in the round robin. But that’s the way it goes in curling. You play a game that sometimes just comes down to a tiny rub on a guard, and sometimes it doesn’t go your way. And it didn’t tonight.

If people don’t know already, it’s a really hard game when you’re playing at this level of curling, and while some fans might be surprised about the way the other countries have performed here, we’re not. Rachel’s team isn’t, either. We’ve seen these other countries’ teams play week in and week out in the Slams, and they win an awful lot. They get better by spending a lot of time in Canada, playing on our good ice and working with Canadian coaches, so it’s not a surprise that they’re so competitive here. People need to come to grips with that.

But I also know that Canadian curling is in really good shape. We have the best pool of competitive curlers in the world; we drive each other to keep getting better, and that won’t stop. But we also know nothing is guaranteed for Canadian teams anymore, so we’ll just have to keep working hard.

We know what’s at stake tomorrow against Switzerland. We have a chance to win an Olympic medal, and anyone who tells you that isn’t a huge deal is crazy. We’ll come out, we’ll try to make as many shots as we can and we’ll try to walk away with some positive thoughts and hopefully a medal.

(Marc Kennedy is the vice-skip for Canada’s Olympic men’s curling team, and is participating in his second Winter Olympics. Keep checking curling.ca for blogs from Canadian athletes and coaches attending the Winter Olympics)