Team Canada women will play for gold at World Juniors 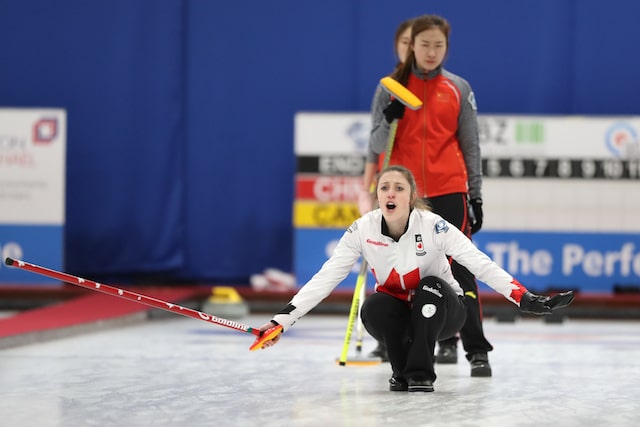 It wasn’t an easy ride, however. Canada took control early, opening with a deuce and scoring three more in the third. But the game got a lot closer when China took advantage of some Canadian misses to score four in the fifth. In the tenth, with Canada leading 8-7 and lying two, Wang decided to try a run-back double for the win but jammed, giving up a single. “It feels pretty good,” said Jones about earning the chance to play for a gold medal. “It was a battle to the end, so we’re lucky to be in the final.” When asked about giving up four in the fifth end, Jones blamed it on missing one key shot. “That whole end turned around, and that’s how curling works sometimes,” she said. “You miss one shot and everything can change. I think we let ourselves down a bit in that fifth end, but after that, we played a pretty good game.” “I think we’ve just got to make sure that we keep the game simplified,” she added. “We had a lot of rocks in play in that end when we shouldn’t have when we were up by four. So I think tomorrow the key will be to keep it simplified.” In the other women’s semifinal, Sweden’s Isabella Wranaa cruised to a 9-3 win over Norway’s Maia Ramsfjell and will face Canada for the gold medal. Jones said she and her team are prepared for another battle – they lost a close one to Sweden in the final round robin game. “Sweden are not an easy target for sure, but we had a really good game against them yesterday and maybe if we come out firing against them tomorrow we can put up a good game.” The gold medal game between Canada and Sweden will be streamed live on the World Curling Federation YouTube channel at 4 a.m. ET. Norway and China will play for bronze at the same time. Later today, the men’s semifinal starts at 2 p.m. ET, featuring Canada’s Tyler Tardi (7-2) and USA’s Andrew Stopera, the 2017 silver medallist.