Sometimes it’s just not your game.

Canada’s wheelchair curlers found that out the hard way this morning, suffering their first loss of the Paralympics to host South Korea.

The Koreans scored three in the first, and shut down every Canadian attack after that, finishing with a final score of 7-5. 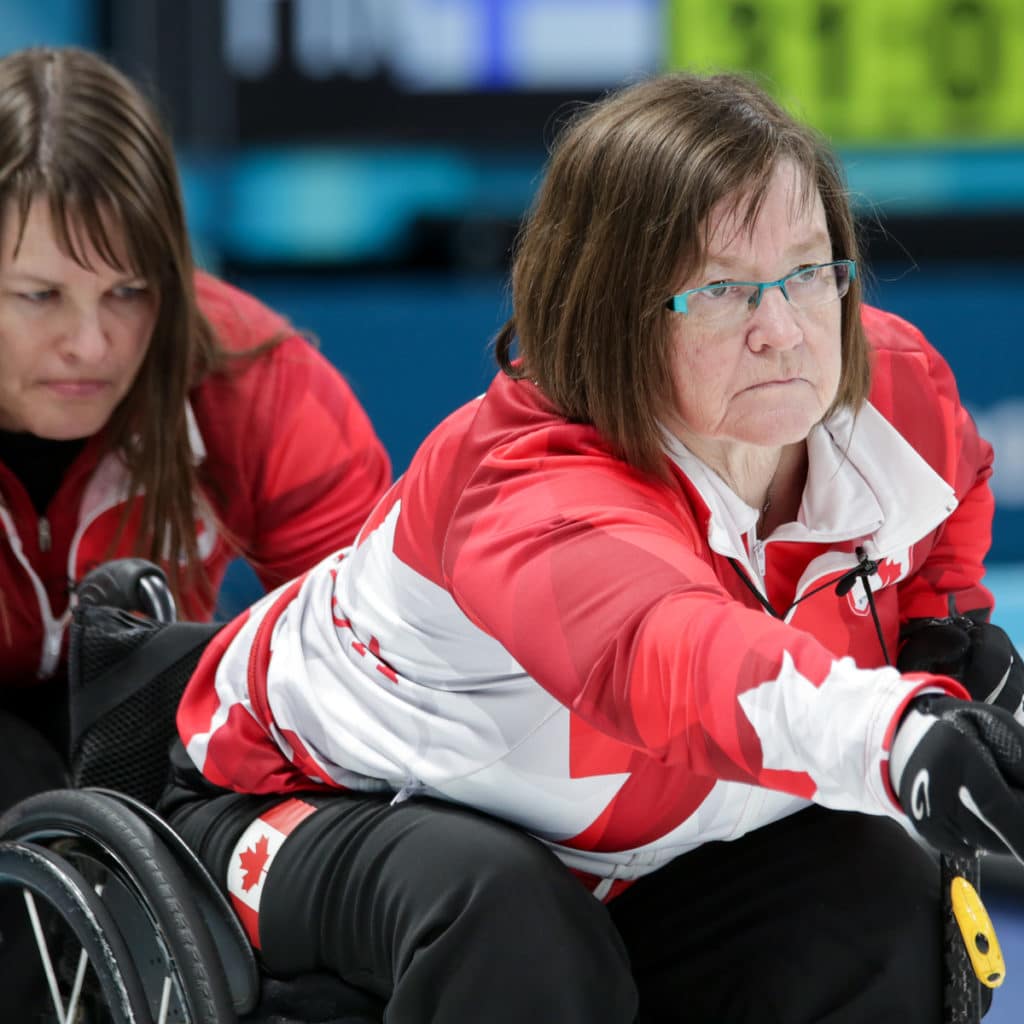 Ina Forrest hold the chair for Marie Wright as she delivers at the 29018 Paralympic Winter Games PyeongChang 2018. © WCF / Céline Stucki

“Korea was going well both with their hits and their draws,” said Marie Wright (Moose Jaw, Sask.), who is playing in her first Paralympics at the age of 57. “It felt like we’d get something set up, and then do one thing wrong, and they would capitalize.”

Indeed, according to the official stats, Canada was outshot at every position, which made it hard to mount a comeback – which they were able to do yesterday, after being down 4-0 to Sweden. Some opportunities started to develop, but would evaporate as shots were missed later in the end.

“There were a couple of ends where we were set up for two, and we’d hit and roll out or something,” said Wright “And there goes your end!”

Canada was able to claw back to within one after the fifth end, but immediately surrendered another three-spot. The eighth end was looking promising until South Korean skip Jeagon Cha threw an impressive double takeout to run Canada out of rocks.

South Korea moved to 4-0, while the Canadian loss puts them back to 3-1. The only other unbeaten team is China.

Canada will learn what they can from the loss, but won’t have time to dwell on it. They’re back on the ice tonight against Great Britain at 7:35 pm local time (6:35 am EST). Immediately after the game, it looked like Wright and Co. were already over the loss, and looking ahead.

“We’re going to go back to the village,” she said. “We’ll get some rest and a good supper, and we’ll be back tonight ready to go.”

Check out cbcsports.ca for live streaming information for all of Canada’s wheelchair games and all of our Paralympic team performances.