The unprecedented staging of four 2018 Canadian curling championships, an extravaganza billed as Curl4Canada, gets underway Saturday at Leduc, Alta. 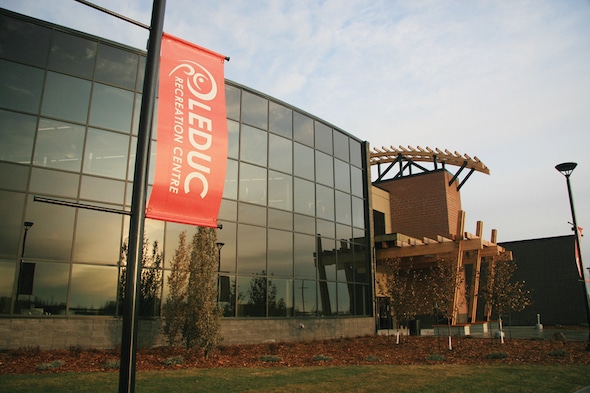 All four events are being held in the Leduc Recreation Centre complex:

The U SPORTS-CC, CCAA-CC and Canadian Mixed Doubles Championships will be played in the Recreation Centre’s twin arenas — Ken’s Furniture Arena and Robinson Arena —while the Canadian Wheelchair Championship is scheduled for the eight-sheet BMO Centre, as part of the 100th anniversary celebrations for the curling club.

It will be the 11th edition of the U SPORTS-Curling Canada Championships, and the second time it’s been held in Alberta. The 2010 event was staged in the Saville Community Sports Centre at Edmonton. Once again, the University of Alberta will be the official host school. This year’s winners will represent Canada in the 2019 Winter Universiade at Krasnoyarsk, Russia.

Topping the men’s lineup are the University of Winnipeg Wesmen’s JT Ryan and University of Alberta Golden Bears’ Karsten Sturmay of Edmonton, both of whom skipped provincial teams in the 2018 New Holland Canadian Juniors at Shawinigan, Que. Ryan won a bronze medal after losing the semifinal to defending champion and recent world junior gold-medallist Tyler Tardi of B.C. Sturmay lost a tiebreaker to Tardi but is a two-time silver medallist in the U Sports-CC Championships.

Fay won the 2016 Canadian and world junior titles when representing Nova Scotia, as well as a gold medal in the 2016 Youth Olympic Games in Mixed Team competition. Streifel won the 2017 Canadian Juniors, and a bronze medal at both the World Juniors and the U SPORTS-CC Championship, while Brown, the 2013 Canadian Junior champion, has twice won silver medals at the U SPORTS-CC championship, along with long-time teammates Erin Pincott and Sam Fisher.

Streifel’s third is Danielle Schmiemann, who won the 2015 Canadian and World Juniors, 2016 U SPORTS-CC championship and 2017 Winter Universiade when playing third for Kelsey Rocque.

For the first time, the CCAA Championships, for colleges and institutes, will be staged with the support of Curling Canada. It’s the 14th CCAA nationals, which initially ran from 1984 through 1990, was then discontinued until being resurrected in 2012.

It will be the second straight year the CCAA Championships have been held in Alberta. Last year, at the University of Alberta-Augustana at Camrose, Red Deer College Queens and Fanshawe College Falcons won the women’s and men’s gold medals, respectively.

Among this year’s participants is Sterling Middleton, third for Daniel Wenzek of the Douglas Royals (New Westminster, B.C.), a two-time Canadian junior champion and recent world junior gold medallist while playing third for Tyler Tardi, and a gold medallist at the 2016 Youth Olympic Games. Chelsea Brandwood, who skipped Ontario to a silver medal in the 2015 Canadian Juniors, is skipping the Niagara Knights (Welland, Ont.).

Both the U SPORTS-CC and CCAA Championships feature eight men’s and eight women’s teams in a round robin leading to playoffs.

The Canadian Wheelchair Championship will be staged in Alberta for just the second time in its 15-year history. The 2011 event was held in the Jasper Place Curling Club at Edmonton and won by Manitoba’s Chris Sobkowicz.

The BMO Centre will host the Canadian Wheelchair Curling Championship.

Meanwhile, the Canadian Mixed Doubles Championship returns to the city where the event made its debut in 2013 at the BMO Centre, when won by Quebec’s Robert Desjardins and Isabelle Néron.

While not playing, Kaitlyn Lawes and John Morris, 2018 Olympic gold medallists in the debut of Mixed Doubles at Pyeongchang, South Korea last month, will make a special media and public appearance on March 28, when the championship gets underway.

CBC Sports will live stream various games from all championships during the preliminary rounds as well as several finals. You can watch at cbcsports.ca or via the CBC Sports app for iOS and Android.

Draw results and event information for all four championships are available at www.curling.ca.