NORTH BAY, Ont. — Sweden’s Anna Hasselborg is a step closer to locking down a playoff berth at the 2018 Ford World Women’s Curling Championship. 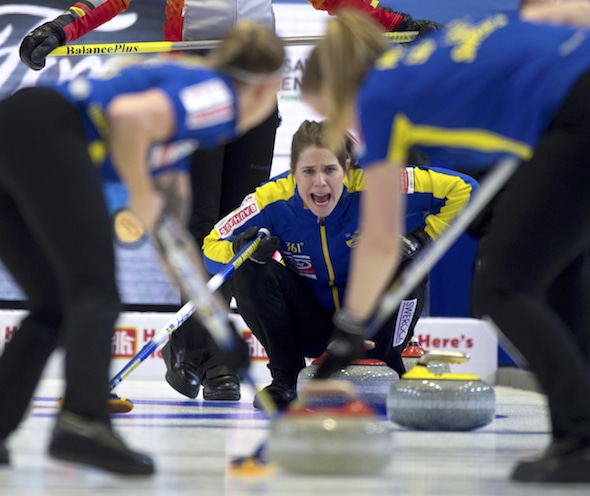 The Swedes opened with a second-end deuce against Germany, surrendered one in the third end, took control with two in the fourth end and a stolen deuce in the fifth.

In other action on Wednesday morning, South Korea’s EunJung Kim stole a 9-8 victory over Jamie Sinclair of the United States (3-4) to improve to 6-1 and firmly in the race for a high seeding in the six-team playoffs that begin Saturday.

The Koreans scored a 10th-end deuce to tie the game, and stole one in the 11th when Sinclair was heavy on her draw to the four-foot for the victory.