Marie Wright and her Saskatchewan team continue to lead the pack, but British Columbia’s Darryl Neighbour moved into solid second place in the standings after scoring a 7-3 win over Ontario’s Chris Rees in Draw 7 at the 2018 Canadian Wheelchair Curling Championship on Thursday evening in Leduc, Alta. 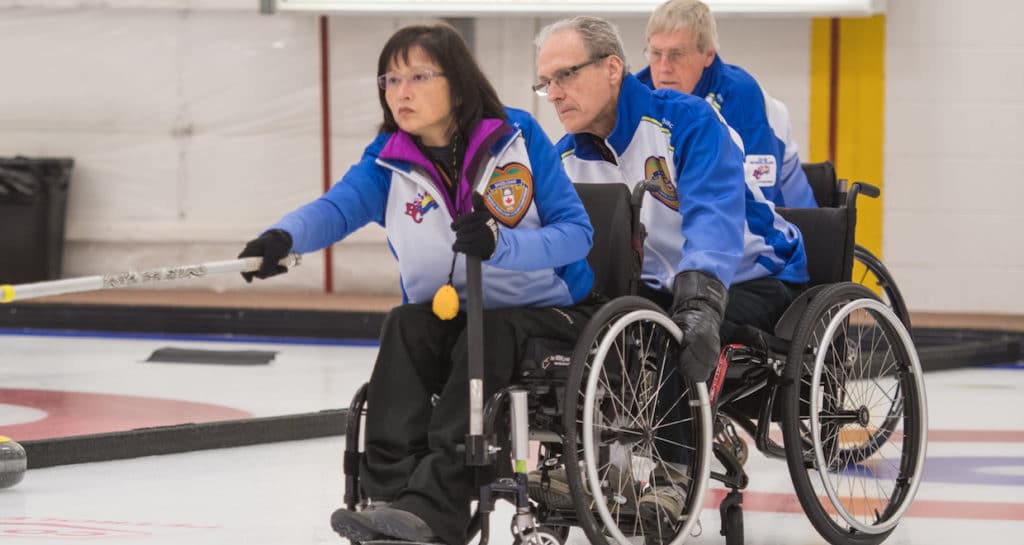 The team from the Tunnel Town Curling Club in Delta, B.C., stole two points in the fifth end to take a 6-2 lead and never let Ontario back into the game. B.C. coach Cody Tanaka has seen a steady improvement in his team as the round robin continues. “We started off with two wins and I wouldn’t say they were easy wins. The scoreboard didn’t show it,” he said after Thursday evening’s win. “But then we lost the next two and we struggled in those games. We bounced back with three wins and we’re playing a bit better now.” “That game could have gone either way,” said Tanaka about the win over Ontario. “Honestly, in curling the scoreboard (doesn’t reflect the game). One missed shot can change everything.” With the win, British Columbia, skipped by Darryl Neighbour with third Bob McDonald, second Gary Cormack and lead Janice Ing, moves into sole possession of second place with a 5-2 record behind undefeated Saskatchewan. Marie Wright and her team from Moose Jaw have now secured a spot in the playoffs with a 7-0 record. Nova Scotia’s Trendal Hubley-Bolivar, Manitoba’s Dennis Thiessen and Newfoundland and Labrador’s Cecilia Carroll share a 4-3 record. Ontario, Quebec and Alberta follow at 3-4, with New Brunswick at 2-5, and Northern Ontario still looking for their first win. Action continues on Friday with the final two round robin draws at 11 a.m. and 3:30 p.m. (times EDT). Seatmifinals take place Saturday at 6:30 p.m. EDT, with the medal games on Sunday at 5:30 p.m. EDT. 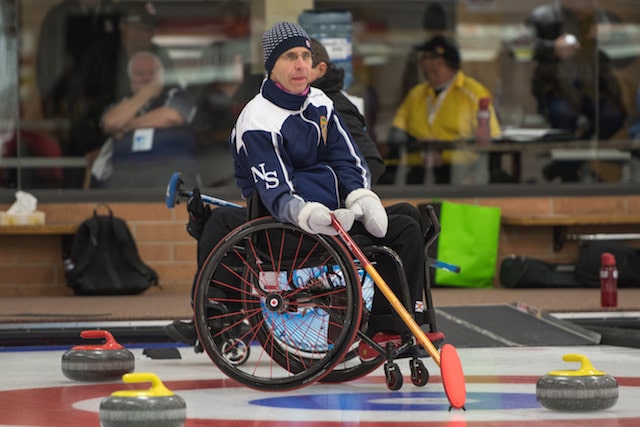