LAS VEGAS — On a day during which Canadian curling icon Kevin Martin was inducted into the World Curling Hall of Fame, Brad Gushue provided some proof of his own Hall of Fame credentials at the 2018 361° World Men’s Curling Championship, presented by Ford of Canada. 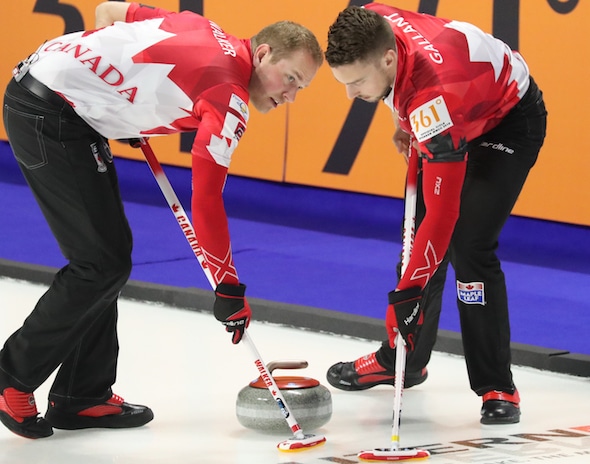 The victories improved Canada’s record to 5-1 in the 13-team round-robin competition, and showed further proof of the team’s increased comfort level in Las Vegas.

“We were pretty comfortable, pretty confident, made a lot of good shots, executed very well, and put a lot of pressure on those guys,” said Gushue, who opened the game with three in the first and never looked back. “We got a couple misses, obviously, that made the score pretty lopsided.”

Canada added a third-end deuce, and prompted handshakes from the Japanese (2-5) with back-to-back deuces in the fifth and sixth ends.

Aoki is making his world championship debut at the tender age of just 18, and Gushue urged him to not get down despite the lopsided loss.

“Just keep at it. You’re going to take lumps like that every now and then, but you have to learn the game,” said Gushue. “I certainly had those experiences early in my career when I went out and got thumped.”

Some of those thumpings, of course, were at the hands of the man who, prior to the Canada-Japan game, was honoured by the World Curling Federation, and with whom Gushue actually had discussions “on a couple different occasions” about forming a team; plans that, as we know now, never came to fruition.

“A lot of them (lopsided losses) were to Kevin,” said Gushue with a laugh. “Kevin and Randy Ferbey and those guys, they put some good whuppings on us when we were 18, 19, 20 years old and just starting on tour.

“I have the utmost respect for Kevin; in my opinion, he’s the greatest player ever to play the game. I certainly looked up to him early in my career and throughout my career. Certainly, really deserving, very proud of him for getting in (to the Hall of Fame) and happy for him to get this honour. No one deserves it more.” 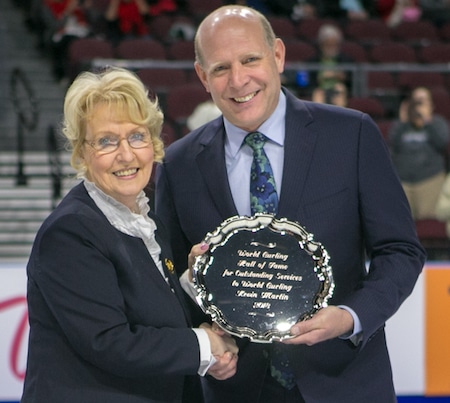 The plan for the final three days of round-robin play?

“Just keep getting better, which is kind of the good thing of our week so far,” said Gushue. “We’ve been getting better and better as the week has gone on, and hopefully we can continue that progression.”