Team Canada’s Laura Crocker and Kirk Muyres battled through a couple of tough games on Sunday to remain undefeated at the 2018 World Mixed Doubles Curling Championship in Östersund, Sweden. “That was a gut-check (game),” said Muyres after a 7-3 win over Austria on Sunday morning. “It didn’t flow. We kind of grinded it out. You know you’re going to get a few of those during the week, so it’s nice to get that one out of the way.” 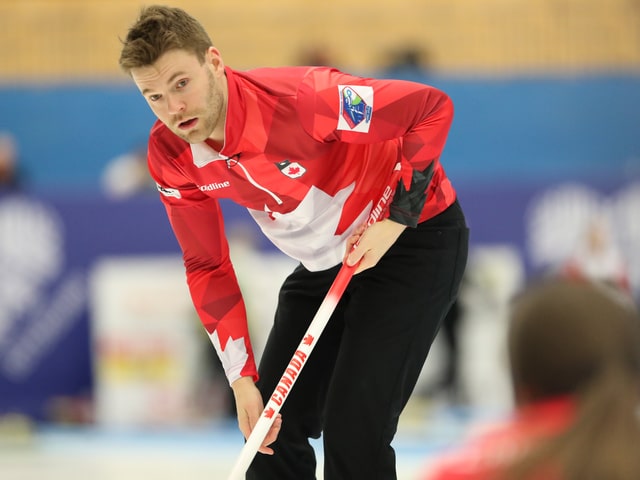 Canada battled to find line and weight early in the game and trailed 3-1 after three ends. But they scored a single in the fourth and stole the next four ends for the 7-3 win. Communication was key, said Muyres, as he struggled early in the game. “I kept saying ‘keep talking about it, keeping talking about it’ because we’ll get our chances later in the game, and we did. So that’s something we’re relying on,” he said. “We don’t let much faze us,” said Crocker. “When we miss a shot, instead of getting frustrated we just ask ‘what just happened?” Crocker says they’re staying calm, even after the missed shots, and that’s working in their favour. On Sunday evening the Canadians had a tight game against Brazil’s Aline Goncalves and Marcio Cerquinho, with the teams tied 4-4 after six ends. Crocker and Muyres forced Goncalves to draw for one in the seventh and used their power play to score three in the eighth for the 7-5 win. Canada remains undefeated in Group E, sitting at the top of the standings with a 3-0 record. Czech Republic and South Korea share second spot with a 2-0 record. 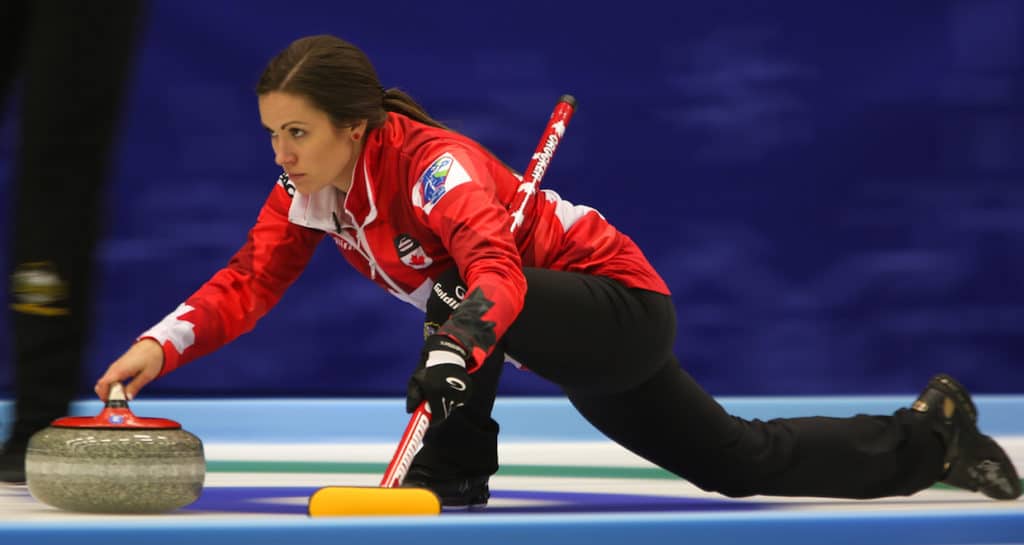 On Monday, Crocker and Muyres will face Farzana Hussain and Rayad Husain of Guyana, a country making its debut at the world championship. The game gets underway at 6:15 a.m. ET. Follow the scoring on the World Curling Federation website, https://www.worldcurling.org/wmdcc2018/livescores Selected games at the 2018 World Mixed Doubles Championship will be live-streamed on the World Curling Federation’s YouTube channel.