Anderson and White continue to roll at World Seniors

Both Canadian teams are sitting at the top of their group standings after four days of round robin competition at the 2018 World Senior Curling Championships in Östersund, Sweden. 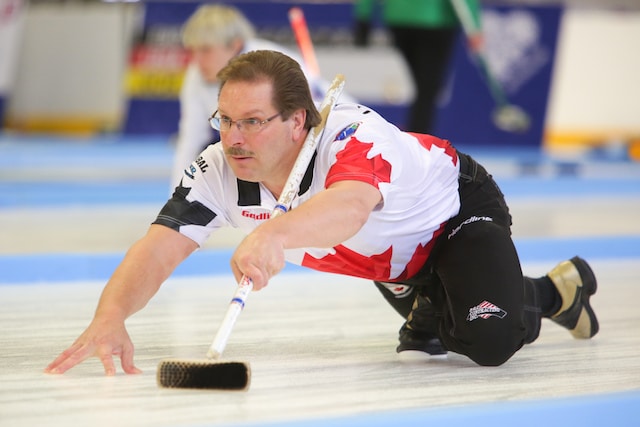 Edmonton’s Wade White, backed by vice-skip Barry Chwedoruk, second Dan Holowaychuk, lead George White and coach Bill Tschirhart kicked off their Tuesday morning game with a deuce and followed up with a steal of three to take a quick 5-0 lead over Belgium’s Walter Verbueken. The Canadians kept the offence going in the second half of the game and walked away with a 10-2 victory. With the win, the Canadian men climb back into first place in the Group B standings, tied with Germany at 3-1. The top three teams in each pool will make the 16-team single-knockout playoffs, which begin on Friday. On the women’s side, Sherry Anderson and her Saskatoon team of vice-skip Patty Hersikorn, second Brenda Goertzen, lead Anita Silvernagle and coach Bill Tschirhart used a highlight-reel shot to come out on top 6-2 in a tough battle with Japan’s Miyuki Kawamura earlier on Tuesday morning. 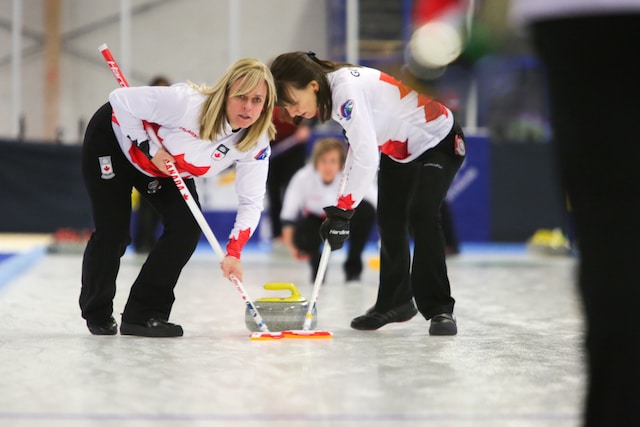 “That certainly wasn’t my best performance,” said Anderson. “They made lots of shots and they played good. We struggled with weight to begin with, we were light and I was heavy, and we didn’t make a whole bunch of shots and it was fortunate we were only one down with the hammer after the first few ends. I was still feeling confident, but you’ve got to pick it up from that point, which we did.” In the seventh, Anderson made an angle raise take-out across the rings to score three and put the game away for Canada’s fifth straight win. On Wednesday, both teams are in action at 10 a.m. ET. Team Canada women will face Sweden’s Anette Norberg and the men will play England’s John Brown. Find information on schedules and team line-ups at www.worldcurling.org/wscc2018