Sherry Anderson lost an 8-7 battle to Sweden’s Anette Norberg on Wednesday afternoon – the Canadian women’s first loss of the round robin at the 2018 World Senior Curling Championships in Östersund, Sweden. 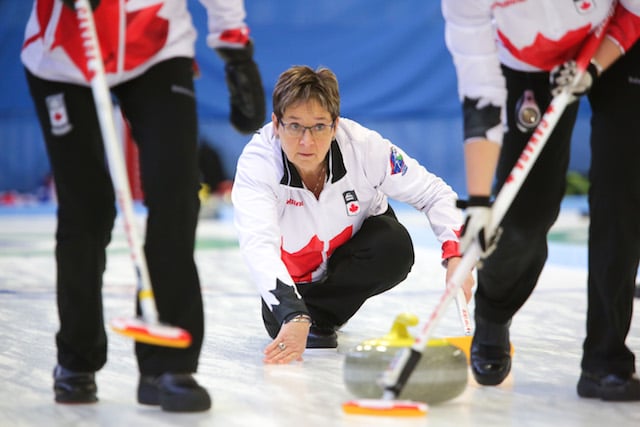 But Anderson and her Saskatoon team of vice-skip Patty Hersikorn, second Brenda Goertzen, lead Anita Silvernagle and coach Bill Tschirhart have already qualified for the playoffs and will know their final standing after the round robin wraps up on Thursday. Norberg, a former Olympic and world champion, came into the game with a 3-1 record and needed the win to stay close to the top of the standings as playoffs approach. The Swedes stole a single in the first end to kick things off and held off a late charge by Anderson, who scored four in the sixth end to briefly take a 6-5 lead. Norberg answered with three more in the seventh and Anderson wasn’t able to tie it up in the eighth, scoring only a single and taking the loss, 8-7. 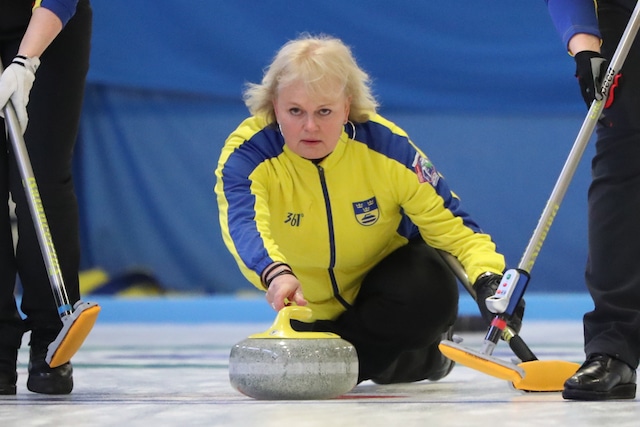 On the men’s side, Edmonton’s Wade White, backed by vice-skip Barry Chwedoruk, second Dan Holowaychuk, lead George White and coach Bill Tschirhart (3-1) kicked off with six points in the first end against England’s John Brown (3-2) and were never tested in a 12-3 victory. With the win, White has secured a spot in the playoffs and sits in second place in the Group B standings, tied at 4-1 with Germany and trailing undefeated Switzerland. In both men’s and women’s play, the two pool winners will advance directly to the Saturday, April 28, semifinals (3 a.m. ET), while the second- and third-place finishers in each pool will meet in quarter-finals Friday at noon ET. The round robin wraps up on Thursday, with the Canadian men playing Turkey at 6 a.m. ET, and the women facing Australia at 10 a.m. ET. Find information on schedules and team line-ups at www.worldcurling.org/wscc2018 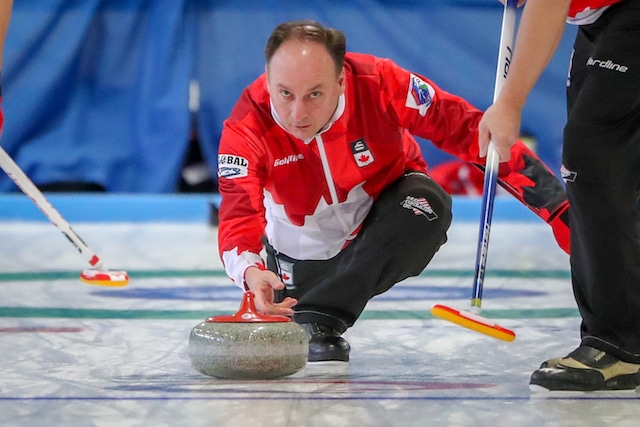