It will be a star-studded field that takes to the ice this December for the 2018 Home Hardware Canada Cup at Affinity Place in Estevan, Sask. 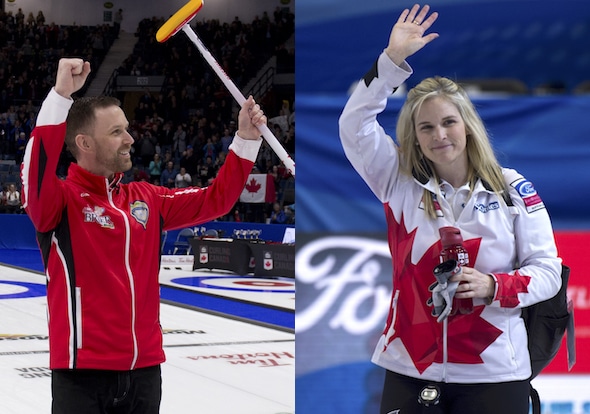 And it will be a slightly expanded field as well, with an additional women’s team making the grade thanks to a virtual tie in the qualifying standings.

The 14th edition of the Home Hardware Canada Cup will showcase Canada’s best men’s and women’s curling teams playing for a share of a $140,000 cash purse ($70,000 to each gender). In addition to the cash prizes, the winning men’s and women’s teams will be guaranteed of a berth in the 2021 Road to the Roar Pre-Trials, which will be the final qualifying event for the 2021 Tim Hortons Roar of the Rings Canadian Curling Trials — the event that will decide Canada’s four-player teams for the 2022 Winter Olympics in Beijing.

Additionally, the 2018 Home Hardware Canada Cup champions will qualify for a World Curling Federation World Cup event during the 2019-20 season.

Six men’s and seven women’s teams were invited to play at the 2018 Home Hardware Canada Cup. With new teams being formed for the 2018-19 season, a revised set of Order of Merit standings — which allows new teams to combine the points individual players carried over from former teams — as of May 1 was used to determine the invitees.

One more team in each gender will decided in the fall as the top non-qualified teams on the Canadian Team Ranking System as of mid-November will book their tickets to Estevan.

On the women’s side, reigning World Women’s champ Jennifer Jones of Winnipeg, who also is the reigning champion Home Hardware Canada Cup, heads the field, and her team will feature new second Jocelyn Peterman, who fills the spot vacated by the departure of Jill Officer.

Also in the field will be 2017 World Women’s champ Rachel Homan of Ottawa, whose lineup remains intact.

New-look teams skipped by Laura Walker (formerly Crocker; Edmonton) and Chelsea Carey (Calgary) also are in the field, while the other three women’s teams — Casey Scheidegger (Lethbridge, Alta.), Kerri Einarson (Gimli, Man.) and Winnipeg’s Darcy Robertson — all finished the 2017-18 season in a virtual tie in the qualifying standings for the final two direct-entry berths.

So, as was the case in the men’s competition at the 2015 Home Hardware Canada Cup, an additional team will be in the field in Estevan.

New-look lineups helmed by Calgary’s Kevin Koe, Winnipeg’s Reid Carruthers (who won the most recent Home Hardware Canada Cup, in 2016 at Brandon, Man.) and Toronto’s John Epping round out the list of qualified men’s teams.

Full-event ticket packages for the 2018 Home Hardware Canada Cup are now on sale. The full-event packages cost just $249.50 (subject to standard ticket service fees), and are available online at curling.ca/tickets as well as over the phone at (833) 219-9444.