2018 For The Love of Curling Scholarship recipients announced

Canada’s curling future got a little brighter today as some of Canada’s most promising junior curlers received a much-needed financial boost after being named recipients of the 2018 Curling Canada Foundation For the Love of Curling scholarships, it was announced today by Curling Canada. 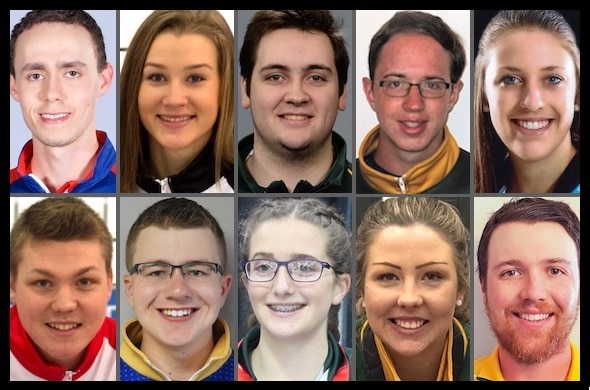 With close to 60 applications received from across the country, a selection committee of seven dedicated members identified 10 deserving recipients — each of whom will receive an award of $2,500 thanks to the generous support of the Canadian curling community.

The scholarship invests in the future leaders of the curling community by taking into consideration each eligible applicant’s academic accomplishments and aspirations, their curling achievements and, finally, their volunteer contributions within the community. The successful recipients will utilize the award to cover a portion of their education and curling costs during the 2018-19 school year.

“There is such an amazing array of talent, both on the ice and in the classroom, among our young Canadian curlers, and it makes me so incredibly optimistic about what we will see for years down the road from these young athletes,” said Resby Coutts, Chair of Curling Canada’s Board of Governors and a member of the Selection Committee. “As a group, we faced some difficult decisions, but they were difficult for the right reasons.”

To be eligible for consideration an applicant needs to be enrolled full-time for at least two semesters at a Canadian university or college, in addition to being registered to compete for Canadian Team Ranking System points during the 2018-19 curling season.

The Curling Canada Foundation philanthropic program was introduced during the 2013-14 season to help junior curling and to support curling centres in Canada. Last season, donors invested $568,925 in the sport of curling to specifically support youth programs across Canada. The Egg Farmers Rocks & Rings program presented by Curling Canada, Curling 101-Try Curling, Hit Draw Tap™, For the Love of Curling scholarships and grants to curling centres are only made possible thanks to the generous support of the Canada’s curling community.