Although the World Curling Tour season has been underway for six weeks already, something about this weekend’s event makes one feel that it is now officially curling season. 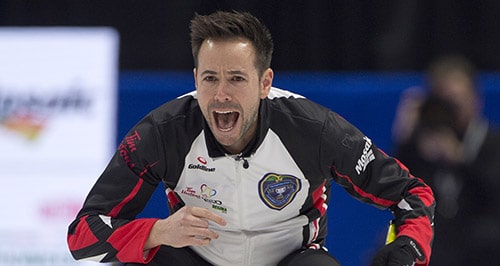 Thus far, there have been many events across Canada and around the world featuring most – if not all – of the top teams in the sport at one event or another. This weekend, however, is the first time that they’re all in the same place and competing against each other.

The Grand Slam of Curling makes its first stop of the season in Chatham-Kent, Ont. with the Princess Auto Elite 10. The top 10 teams in both the men’s and women’s ranks are competing in the match-play event for a share of $100,000 purse per gender. The teams were decided by the WCT Order of Merit as of August 1, 2018.

Out of the gate, Toronto’s John Epping and Calgary’s Kevin Koe lead their pools with 2-0 records. Glenn Howard (Penetanguishene, Ont.) also won his first two before dropping his third game of the tournament to Winnipeg’s Jason Gunnlaugson.

The difference in a skins game is that halved ends carry over to the following end, thus becoming more valuable.

Elsewhere on the World Curling Tour, other big events are happening across Canada. The Prestige Hotels & Resorts Curling Classic in Vernon, B.C., features fields of 20 women’s and 8 men’s teams. The women’s purse is $41,000, while the men’s pot is $12,000.

In Edmonton, the Avonair Cash Spiel features 25 men’s and 16 women’s teams battling over a combined $21,000.

Finally, in Winnipeg, the KKP Classic features 16 teams, competing for a share of $12,000.