Curling clubs are always looking for ways to attract and retain members, and that can be especially tough for curling facilities affiliated with golf or country clubs, where the pressure to deliver on membership is even stronger. But the Ottawa Hunt Club has found a way to meet the challenge: they’ve taken their successful two-year Learn To Curl for Adults program and added a third year. And it’s working to grow membership and the sport, say program director Doug Kreviazuk and club manager and head ice technician Bill Duck. 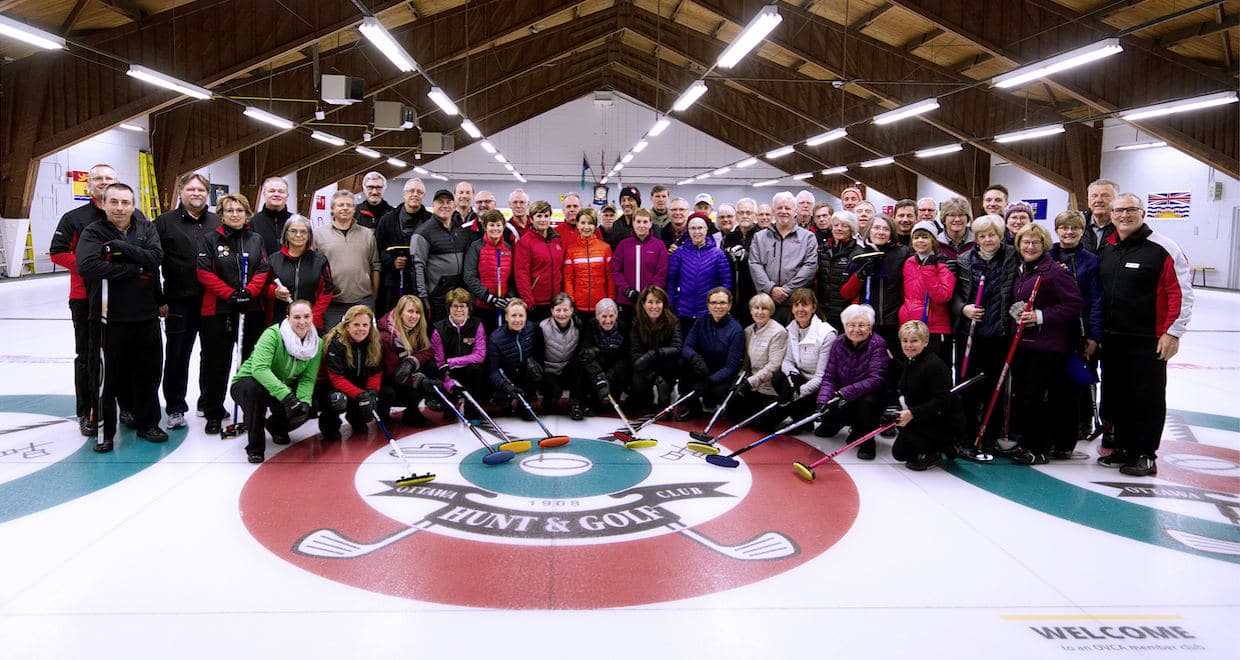 “We have an active and committed core group of volunteers, members of the curling council, and a driven curling manager to see the Hunt Club’s curling program becomes a role model of what can be done with a little sweat equity and the implementation of tried and tested programs like Learn to Curl,” says Kreviazuk. “The Learn to Curl program is just the ticket.” The program was originally developed in the Ottawa Valley by respected curler and coach Earle Morris, (Read more here: Getting Started Sweeps Across the Ottawa Valley) but it has gained popularity across the country and is proving itself an effective tool for getting adults on the ice and keeping them there. “Not 10 years ago, our membership levels were sitting around 175 curlers,” says Kreviazuk. “Today we are sitting at approximately 325 members, half of which are relatively new with less than eight years at the Hunt.” The most recent offering of the club’s introductory Adult Learn To Curl program began this October with a whopping 68 participants showing up (an increase from 46 last season). The second-year program – graduates of last season’s Year 1 – consists of 34 participants, some of whom have already signed up for regular men’s and women’s leagues and have become full club members. 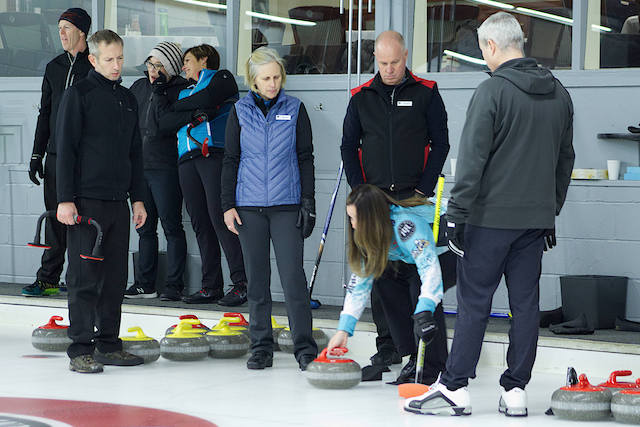 And Kreviazuk says the enthusiasm among these newcomers continues to grow. “Most of our Year 2 curlers are already forming teams and entering some of the local novice and U3 or U5 bonspiels (for curlers with less than three or five years’ experience) in the area. The feedback and excitement from these experiences is tremendous.” But there’s more happening with these new recruits than just on-ice involvement. “The unexpected side benefit is that they become your most eager and productive volunteers at the club,” he says. “In a period when curling is facing ‘volunteer fatigue’ the injection of this new high-energy blood is literally the best shot in the arm a curling club could wish for.” Which is all great – but the Hunt Club wanted to take this enthusiasm and involvement a step further to keep the momentum rolling and ensure strong membership numbers for the future. Enter the “Want To Curl Better” program, for Years 3-10. “Last season we recognized that some recent LTC graduates were still a little uncomfortable migrating to the ranks of regular league play, either because they still weren’t confident with their skills or did not have a full understanding of the game,” says Kreviazuk. “To address this gap, we started a new program in 2017 that offered a more rigorous look at the strategies in curling and some additional time to fine-hone their technical skills.” This season, 56 curlers have enrolled in the brand new nine-week program that looks at curling strategy and explores the different ways to call a game, such as whether to use an aggressive or conservative style and the benefits of establishing a game plan for the team. 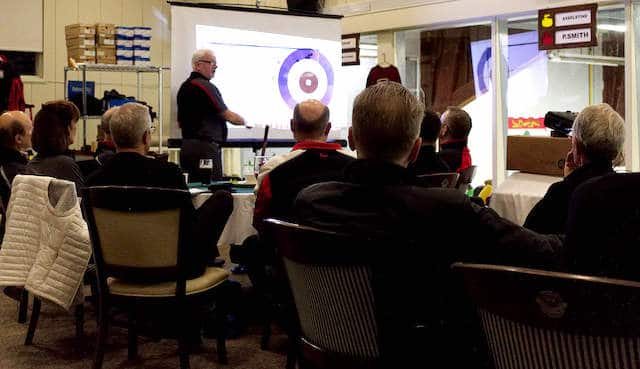 Advertising the new program was a breeze, since most of the participants were already graduates of the introductory programs, so word-of-mouth marketing did the trick. That included highlighting the strong reputation that Hunt Club has already for its curling program and the club’s amenities. “Historically, we have relied upon various forms of newspaper ads, road-side message boards or flyer/mail drops to deliver our message, stir up interest and grow the program,” says Kreviazuk. The short-term extra effort to be selective with promoting the original programs has paid off, he says, because now the club has a strong three-plus-years program, and Ottawa Hunt Club will reap the benefits in the future. Even better, so will the sport of curling. “While a small number of those that try our LTC program leave the sport for a variety of reasons, most continue, but not necessarily at the Hunt Club,” he says. “Of those that choose not to convert to a full privileged member, most will find another local curling facility maybe nearer to their homes or places of business. Either way, we keep them curling, which is the real goal.” Kreviazuk’s advice for clubs who want to give the multi-year Adult Learn To Curl program a try? “Don’t delay!” he says. “It will be the best investment you can make in your club.” 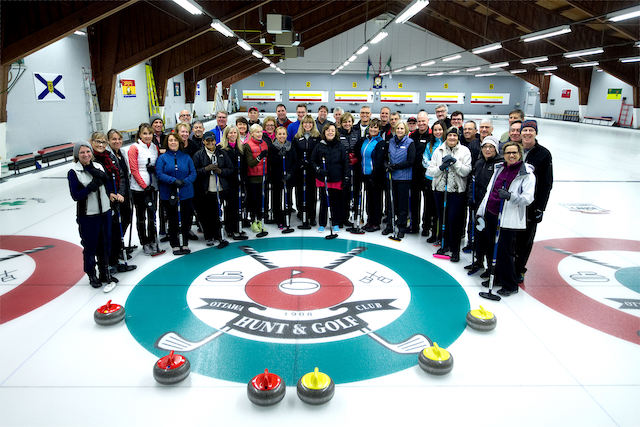