Canada’s top wheelchair curling teams will be heading to a familiar location for the next two editions of the Canadian Wheelchair Curling Championship, it was announced today by Curling Canada. 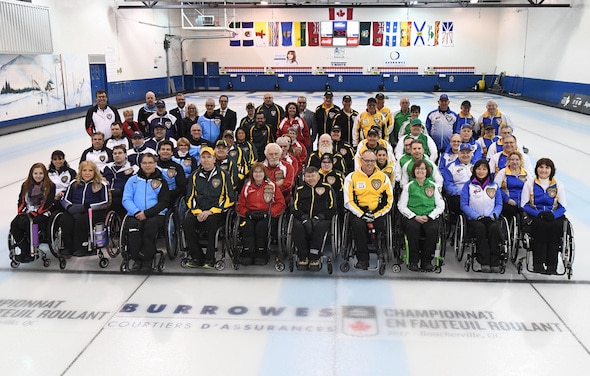 The Canadian Wheelchair Curling Championship is returning to Boucherville, Que., for the 2019 and 2020 events. (Photo, Curling Canada/Défi sportif AlterGo)

The 2019 and 2020 Canadian Wheelchair Curling Championships will be played at the Club de curling de Boucherville in Boucherville, Que.

Boucherville also played host to the Wheelchair Nationals in 2017, 2015 and 2014. The 2019 Championship is scheduled for April 26 to May 1, while the 2020 event will take place from April 28 to May 3. Both events will be staged by Défi sportif AlterGo, which organizes nationally and internationally sanctioned competitions focusing on adapted sports.

“The Défi sportif AlterGo organizing committee is pleased to welcome once again a Curling Canada event,” said Maxime Gagnon, Deputy Director-General of Défi sportif AlterGo. “It’s an honour for our organization and our volunteers to host this major event for 2019 and 2020 in Boucherville, Québec, and offer the Canadian athletes the opportunity to compete in a great event.”

The 2019 event will be the 16th edition of the Canadian Wheelchair Curling Championship, which made its debut in 2004.

The national championship has been contested annually since 2004, and since then has been won five times by British Columbia teams, including the 2015 event in Boucherville when Gerry Austgarden skipped his team to victory. Other past B.C.-based national champions were teams skipped by Darryl Neighbour (2007), Jim Armstrong (2008 and 2009) and Gary Cormack (2010).

This past season in Leduc, Alta., 2018 Paralympics bronze-medallist Marie Wright skipped Saskatchewan to its third gold medal, beating her Paralympics Team Canada teammate Dennis Thiessen of Manitoba in the final.

Thiessen skipped Manitoba to gold at Boucherville in 2017 and 2014.

“We’ve seen in the past what an amazing job that Boucherville and Défi sportif AlterGo have done with the Canadian Wheelchair Curling Championship,” said Marc-André Robitaille, Executive-Director of Curling Quebec. “We couldn’t be happier to welcome this event back to our province for the next two years, and I’m sure that the athletes, their coaches and their families will be treated like royalty.”

Representatives from the 14 Member Associations are eligible to compete in Boucherville. The teams will play a round-robin draw leading to an Olympics/Paralympics-style playoffs in which the first-place team will play the fourth-place team in one semifinal, while the second- and third-place teams will meet in the other.

“This is great news as I know the curlers who’ve competed in Boucherville in the past have spoken extremely highly of the facilities and the organizers,” said Maureen Miller, Chair of Curling Canada’s Board of Governors. “Défi sportif AlterGo is a superb partner to work with, and I know their commitment to the events, and the efforts of the members of members and volunteers at the Club de curling de Boucherville, will produce first-class championships in 2019 and 2020.”