Edmonton’s Brendan Bottcher was looking for his third championship at the Red Deer Curling Classic, but Saskatoon’s Kody Hartung played spoiler in the final, downing the defending champions 7-6.

Team Hartung (with Tyler Hartung, Jayden Shwaga, and Mark Larsen) lost its first game of the event to Bottcher, but rallied through the B-side, winning eight games in a row to win the title, and the $10,000 first prize. Bottcher’s runner-up finish earned him $7,000. 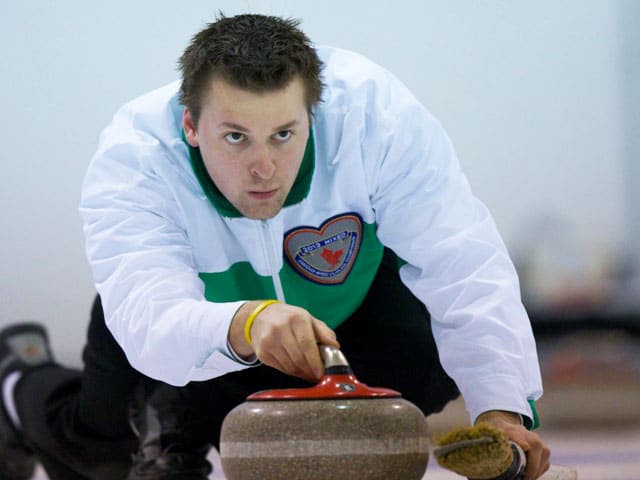 Hartung and his squad were also in the spotlight this weekend for some other reasons, though through no fault of their own. On Saturday afternoon, their opponents – Jamie Koe, Chris Schille, Ryan Fry, and DJ Kidby – took to the ice in a state that the club manager described as “extremely drunk.” They were later ejected from the bonspiel for their behaviour, which included abusive language, broken brooms, and locker room damage. Koe’s squad was kicked out of the event, and forced to forfeit their last game. All players have issued apologies, and admit the organizers did the right thing in removing them.

On the women’s side, Robyn Silvernagle (North Battleford, Sask.) defeated China’s Jie Mei in the main event, taking home the title in the 28-team event. Silvernagle (with Stefanie Lawton, Jessie Hunkin, and Kara Thevenot) also earned $10,000 after running through the competition with only one loss.

In Halifax, Team Howard won the inaugural Stu Sells 1824 Halifax Classic. That’s Team Scott Howard, not Glenn.  With his father Glenn in Estonia coaching at the European Championships, Scott took over the skipping duties and downed Brad Gushue in the final, winning the title at the 16-team event.

The turning point for Howard (with Adam Spencer, David Mathers, and Tim March) was a dramatic triple take-out in the third end to score six. Gushue fought back with a deuce and a steal, but it wasn’t enough to erase the deficit. It was Scott Howard’s first win as a skip on the World Curling Tour.