It’s been eight years since Alberta last captured the women’s Travelers Curling Club Championship. Morgan Muise and her Calgary Curling Club foursome hope to end that drought this week in Miramichi, N.B. They’re off to the start they need to improve on their 2016 silver medal finish. Muise, third Lyndsay Allen, second Sarah Evans and lead Sara Gartner remain undefeated after downing Saskatchewan 5-3 on Tuesday morning. “Morgan made some great shots so we didn’t give up too many in that sixth end,” said Gartner, crediting her skip’s clutch shot-making for their second victory of the championship, 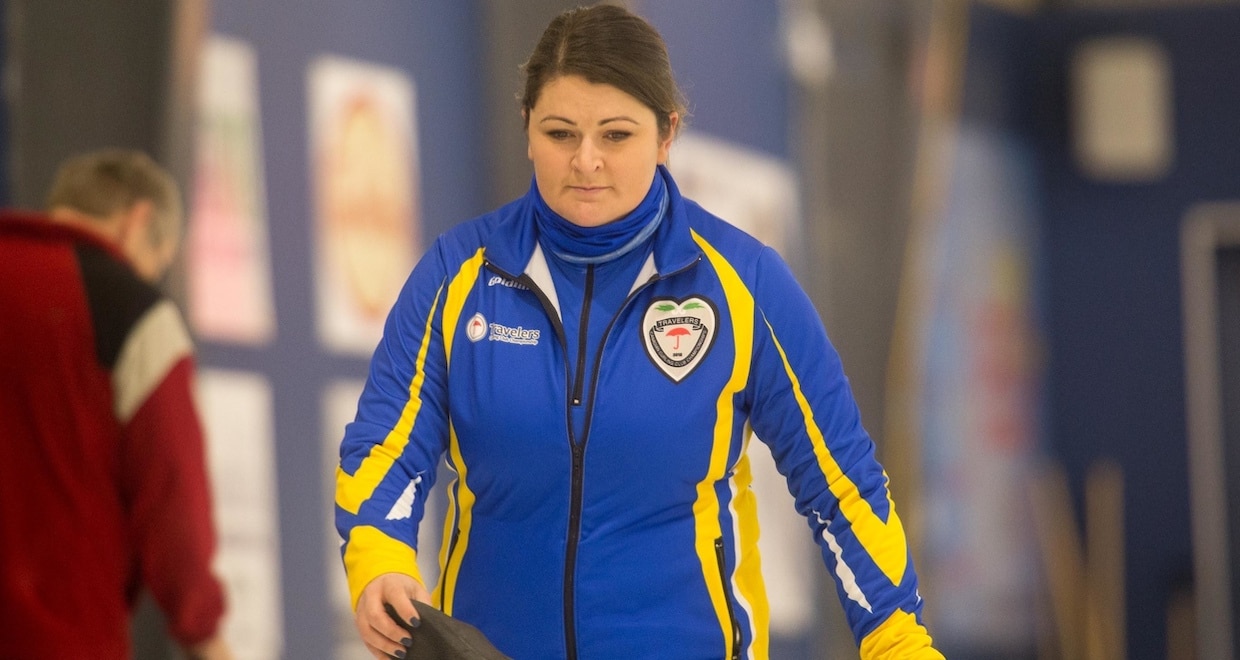 The foursome have curled together for seven years and are making their third appearance at the Travelers Curling Club Championship in five years. Their end goal is to upgrade their 2016 silver medals from Kelowna into gold. “We seem to get stronger every time we get the opportunity to come back. The first time we represented Alberta (Halifax in 2016) we definitely felt we put a lot of pressure on ourselves being from a province that has so much curling success. We realized that’s not how we perform best and we’re best if we play for ourselves,” Muise said before the week-long event. The Alberta rink prepared for the Travelers championship by entering a recent World Curling Tour event in their home club. In the team’s opening game at the Autumn Gold Classic in October they faced Team Jennifer Jones. “It was a great opportunity for us to play against the best teams in the world. Being the lowest seed team in the event put us up against the number one team,” Muise reflected, “but it showed us what we still needed to do to prepare for a big event like this.” The team went 1-3 at that event but they have their eyes on a prize at the Travelers. “We’ll try to play well here and take it one step at a time. Hopefully playoffs and then we can refocus from there,” Gartner said before their Tuesday afternoon game against Northern Ontario (1-1). The last Alberta women’s team to win the Travelers Curling Championship was Lethbridge’s Nanette Dupont in 2010. Manitoba has won a record four women’s titles, including the last two. 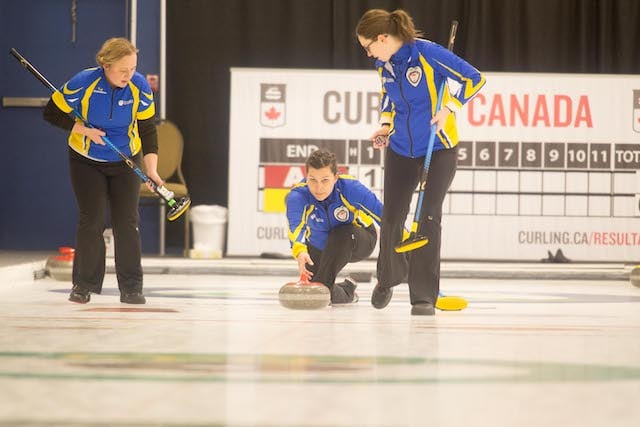 Alberta joined Northwest Territories and Newfoundland and Labrador at 2-0 in women’s play at the Miramichi Curling Club. Newfoundland and Labrador got past Prince Edward Island 9-7 in Draw 4. Northwest Territories, led by skip Sarah Stroeder, held on to hand British Columbia their first loss of the event in Draw 3. B.C. joined Northern Ontario and Newfoundland and Labrador at 1-1. The Ontario women’s squad debuted on Tuesday with a convincing 10-2 win over New Brunswick (0-2) to join Manitoba with a 1-0 record. In the men’s division, Manitoba, Ontario and Prince Edward Island are 2-0. British Columbia’s Vic Shimizu opened play with a 6-4 victory over Northern Ontario (0-2). Saskatchewan remains at 1-0. Nova Scotia, Yukon, Newfoundland and Labrador and New Brunswick all sit at 1-1 through four draws of play. The 14 men’s and 14 women’s teams are split into two seven-team round-robin pools. After a single round-robin, the top three teams in each pool will make the playoffs. The first-place teams will be seeded directly into the semifinals, Friday, Nov. 23, at 6:30 p.m. (all times Atlantic). The second- and third-place teams will meet in crossover quarter-finals Friday at 1:30 p.m., with the winners moving into the semis. The semifinal winners will play for gold, and the losers will play for bronze, Saturday, Nov. 24, at 9 a.m. Selected games from the 2018 Travelers Curling Club Championship will be live-streamed at www.curling.ca/2018travelers. Scores and standings from the event will be available at www.curling.ca/scoreboard. For draw times, team lineups and other event info, go to: www.curling.ca/2018travelers/