Team Howard back intact in time for Tour stop in Brantford, Ont.

Scott Howard won his first World Curling Tour event as skip just two weeks ago. Who knows how long it will be before he has another chance? 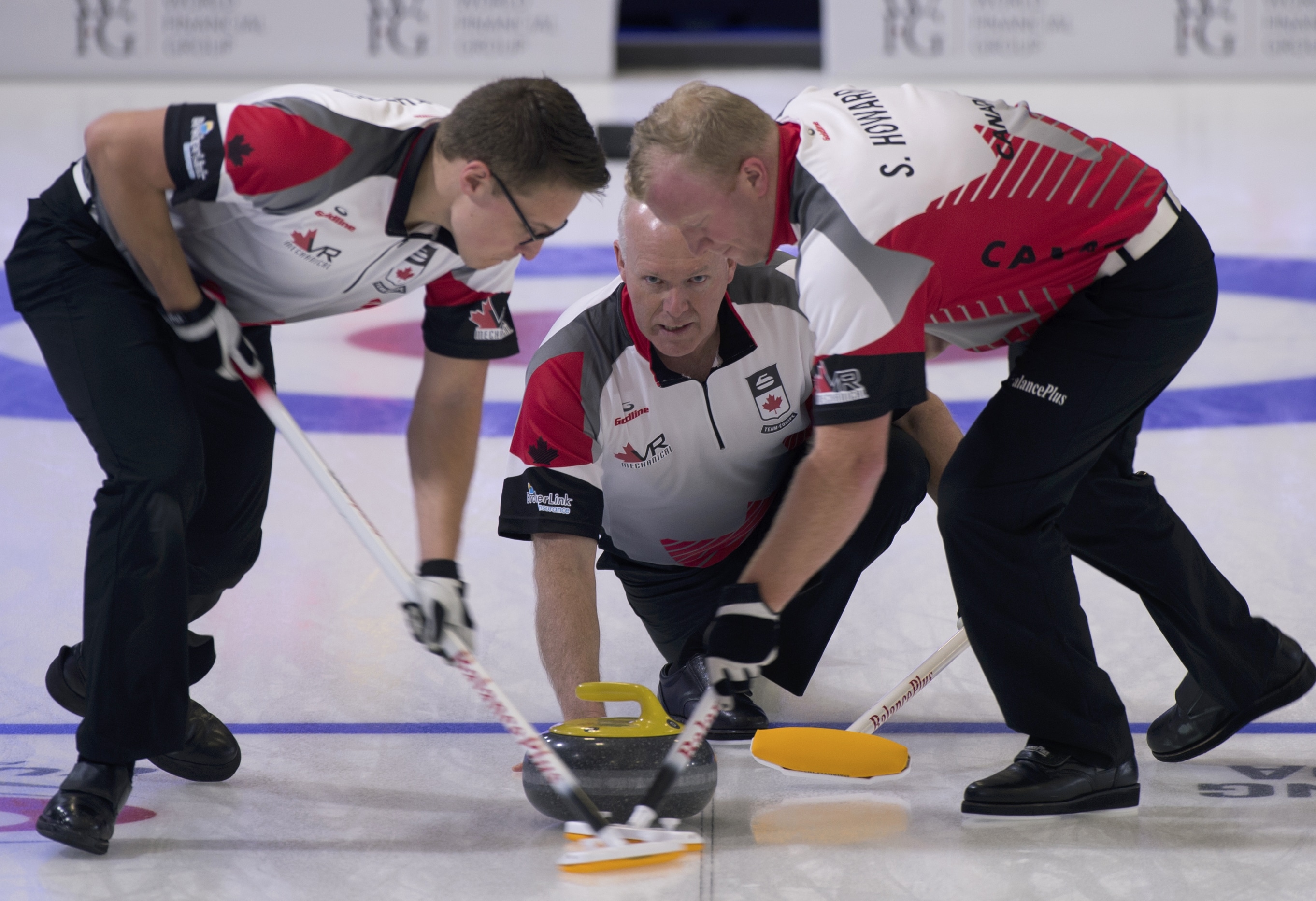 Glenn Howard, with son Scott, right, and David Mathers are back in action this weekend in Brantford, Ont. (Photo, Curling Canada/Michael Burns)

Even his usual skip, and father, Glenn Howard isn’t sure.

“I don’t know what position I’m playing this weekend,” said Glenn Howard, on his way to the NISSAN Curling Classic in Brantford, Ont. “I’ve got Scott in the car here with me, and I’m not even sure if I’m playing. They haven’t told me. They might make me coach.”

With his father away, coaching at the European Championships in Estonia, Scott took the helm and led his team to a win at the Stu Sells 1824 Classic in Halifax.

Howard was coaching Scotland’s Eve Muirhead, who missed the playoffs with a 4-5 record. Meanwhile, the team came up with a huge win back in Canada.

“That was massive for our team,” he said of Scott and Co.’s win. “Now, if we have a good weekend in Brantford, we can hopefully get enough points for a bye to provincials.”

Howard said he was watching the linescores of the Halifax final against Brad Gushue from the arena in Estonia. After Scott made a thin double for six in the third end, Glenn could barely believe it.

“I saw us take one, they take one, then a six. I was messaging people asking if it was a typo! I’m really proud of the boys. Nobody gave them a chance against Gushue, but it was no fluke. They won six games against really good teams.”

Elsewhere, three Canadian teams are taking part in the Curl Mesabi Classic in Eveleth, Minn. Al Hackner (Thunder Bay, Ont.), Willie Lyburn (Winnipeg), and Ty Dilello (Winnipeg) will be the only Canucks in the 24-team event. They’ll be playing for a share of $18,000 US.

That event is garnering significant attention south of the border with the presence of former NFL players Jared Allen and Marc Bulger.

Northern Ontario stalwart Krista McCarville and her team from Thunder Bay, and 2018 New Holland Canadian Juniors runner-up Laurie St-Georges and her team from Laval-sur-le-Lac, Que., lead the Canadian contingent on the women’s side in Eveleth, playing for shares of the $15,000 US purse. The U.S. teams are led by Jamie Sinclair and Nina Roth.