After a few quiet weeks over the holidays, curling fans everywhere have been itching to see their favourite game on TV again. They’re in luck, as this week’s Meridian Canadian Open gets underway in North Battleford, Sask. 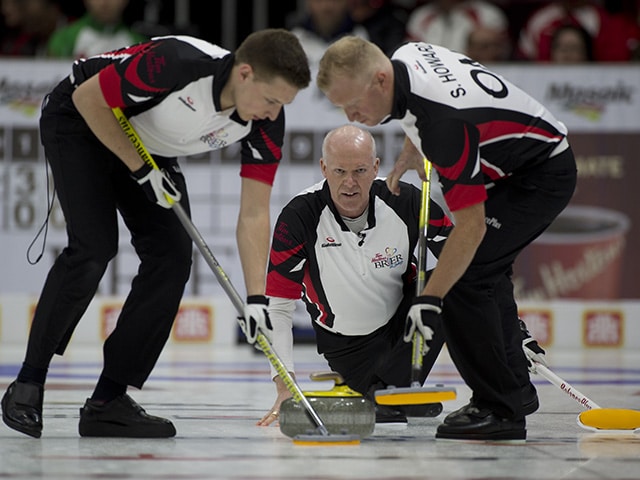 The fifth Grand Slam of Curling event got underway Tuesday night, and will continue through the weekend. Television broadcasts begin Thursday at 12:30pm EST on Sportsnet.

On the women’s side, Casey Scheidegger (Lethbridge, Alta.) and Darcy Robertson (Winnipeg) were first-round winners, although as of Wednesday morning, many of the top teams hadn’t played yet.

Like the men’s event, the women’s side is a triple-knockout bracket. It essentially boils down to winning three games before losing three games to advance to the playoffs in the sixteen-team event.

After Sunday’s final, fans won’t have to wait long for more televised action as the World Financial Group Continental Cup of Curling gets underway in Las Vegas on Thursday. Eleven more draws will air on TSN.

Sarah Anderson and Korey Dropkin of the U.S. beat Jocelyn Peterman (Winnipeg) and Brett Gallant (St. John’s, N.L.) in the final of the Qualico Mixed Doubles Classic in Banff, Alta. Their win was worth $10,000, while the runners-up took home $5,000.

For all scores and results, please visit CurlingZone.com.