There were two big winners at this week’s Meridian Canadian Open. But just because the men’s and women’s teams won the same title, it meant very different things to each of them. 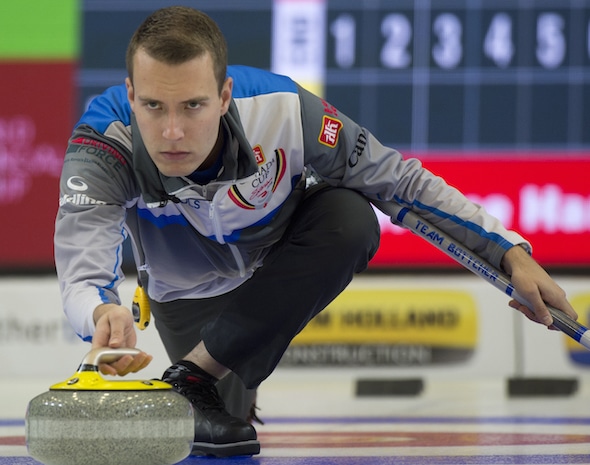 Ottawa’s Rachel Homan took home the women’s title, claiming her record 10th Grand Slam of Curling championship. Prior to the weekend in North Battleford, Sask., Homan had been tied with Winnipeg’s Jennifer Jones at nine Grand Slam wins, the most ever for a women’s team.

The final win over Switzerland’s Silvana Tirinzoni marked Homan’s (with Emma Miskew, Joanne Courtney, Lisa Weagle and coach Marcel Rocque) third consecutive Grand Slam championship and earned them $30,000. It also moved the world No. 1 team into a commanding lead for the Pinty’s Cup, the season-long points race for all Grand Slam events that comes with a $75,000 bonus for the winner.

The men’s winner was a different story altogether. While Homan was earning another Slam trophy to throw on her pile, Edmonton’s Brendan Bottcher was earning his first, beating Toronto’s John Epping in the final.

Their playoff road didn’t get any easier, but Bottcher and Co. were up to the challenge, beating Brad Jacobs (Sault Ste. Marie, Ont.) and Brad Gushue (St. John’s) before meeting Epping in the final.

Bottcher earned $30,000 for the win, and also 87.244 points on both the Canadian Team Ranking System and the World Curling Tour Order of Merit. After the win, Team Bottcher moved up two spots in the world rankings to sit at No. 6 overall, passing Epping and Glenn Howard (Penetanguishene, Ont.).

For the next few months, however, points and money don’t mean anything. Following this week’s World Financial Group Continental Cup in Las Vegas, top teams everywhere will be trying to win their provincial playdowns for a chance to reach the Tim Hortons Brier or the Scotties Tournament of Hearts.

The Grand Slam series will resume in April at the Player’s Championship in Toronto.