Canada will send a blend of battle-tested veterans and fresh faces to the 2019 World Wheelchair Curling Championship, it was announced today by Curling Canada. 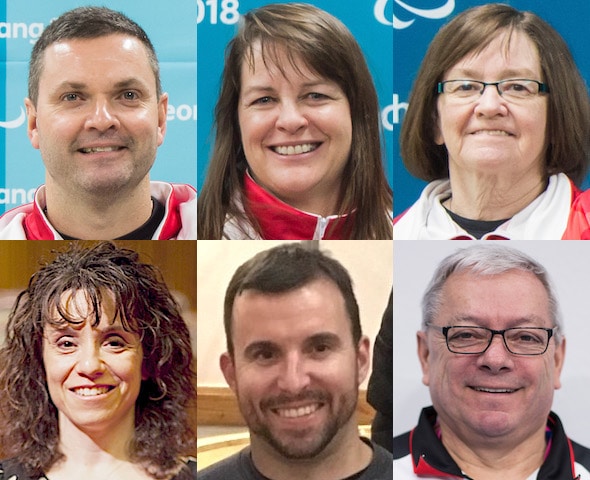 Three members of Canada’s Paralympic bronze-medal team — Mark Ideson of London, Ont., Marie Wright of Moose Jaw, Sask., and Ina Forrest of Armstrong, B.C. — will be on the ice at the 2019 World Wheelchair Championship, set for March 3-10 in Stirling, Scotland.

Wayne Kiel of Balgonie, Sask., will coach the team in Stirling.

“We’re really excited about the composition of this team,” said Kiel. “The experience factor provided by Mark, Ina and Marie is crucial, but that rookie enthusiasm from Collinda and Jon should make a big difference in Stirling. This group performed outstanding during the assessment process and we believe this has the potential to be a podium team.”

The players were selected from a pool that started the season with 12 candidates and was whittled down to nine in the fall. Ideson, Joseph and Wright were then selected to the team based on performance, while Forrest and Thurston prevailed at a final two-day skills-based shootout earlier this month in Moose Jaw.

Ideson will skip the team, while the other three positions, and the alternate spot, will be determined following a four-game series against the U.S. team, scheduled for Feb. 1-2 at the Assiniboine Memorial Curling Club in Winnipeg.

Canada has won gold at the World Wheelchair Championship three times — in 2009 at Vancouver, 2011 at Prague, Czech Republic, and 2013 at Sochi, Russia.

Forrest was a member of all three teams, and she has a chance to become the first four-time world champion in the history of the event; she currently is tied at three with fellow Canadians Jim Armstrong and Sonja Gaudet; Russians Andrey Smirnov, Marat Romanov, Aleksandr Shevchenko and Svetlana Pakhomova; and Norway’s Rune Lorentsen and Jostein Stordahl.

While Canada is tied with Norway and Russia with the most gold medals at three, Canada will be looking to return to the podium for the first time since the 2013 victory at Sochi.

Armstrong skipped Canada to a fifth-place finish at the most recent World Wheelchair Championship, in 2017 at Gangneung, South Korea.

For more information about the 2019 World Wheelchair Curling Championship, go to www.worldcurling.org/wwhcc2019