Matt Dunstone’s Regina foursome and Kadriana Sahaidak and Colton Lott from Winnipeg Beach, Man., are through to the gold-medal games at the Curling World Cup in Jönköping, Sweden. 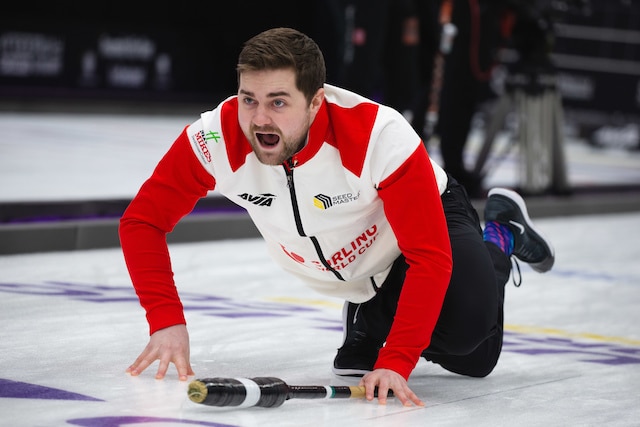 Dunstone, with vice-skip Braeden Moskowy, second Catlin Schneider and lead Dustin Kidby, drew the four-foot with his last shot to score a 5-3 win over Scotland’s Ross Paterson and earn his berth in the final against Sweden’s Niklas Edin. “We are firing on all cylinders right now,” said Dunstone after the win. “We are getting our rocks in the right spots and the curling gods are on our side. It’s been a pretty good week so far but one more big one to go.” The final will have the added pressure of playing against a team of Edin’s stature, as well as the home-side favourite, but Dunstone says his team is ready. “We are not kidding anybody. We are not the favourites to win this game – they’re one of the best teams in the world,” he said. “It’s going to be a fun game, we love playing them and they are great guys. We will just have to battle the home crowd a little bit.” Mixed doubles duo Sahaidak and Lott needed a bit of help to earn their spot in the gold-medal game. 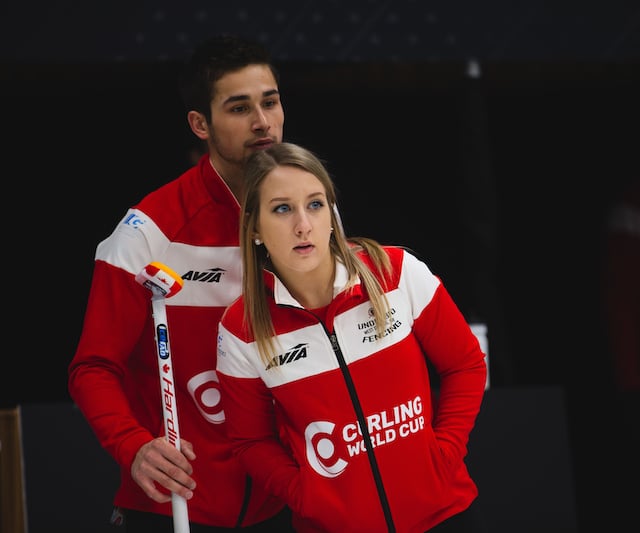 They came into the final round-robin game trailing Switzerland’s Jenny Perret and Martin Rios in Pool A standings. Canada’s 7-5 win over South Korea, and Sweden’s win over Switzerland left Canada and Switzerland tied in the standings. But, thanks to a first-game upset by Sahaidak and Lott over the world champions from Switzerland, Canada earned first place in the pool and a ticket to the final. They’ll meet Norway’s Krisin Skaslien and – a familiar name on the men’s circuit – Thomas Ulsrud in Sunday’s final. “I definitely glanced once or twice (at the Sweden-Switzerland game) but we tried our best to keep our head in the game and decide our fate,” said Sahaidak. “It’s overwhelming. We knew if we made a shot, the crowd would cheer and it’s a great feeling. Yeah, I think we owe Sweden a round – we’ve got to find them.” “I’m not too worried or nervous because it’s anyone’s game and we’re glad to be in the final and just do our thing,” said Sahaidak, who won silver at the 2018 Canadian mixed doubles championships. “Whatever happens, happens.” But the excitement of playing in an international final carries some special significance, too. “My grandparents have been here all week. It’s really great to have them here and share this with them.” In women’s action, Sweden’s Anna Hasselborg will meet South Korea’s Kim Minji in the final at 10 a.m ET on Sunday. Winnipeg’s Darcy Robertson, with vice-skip Karen Klein, second Vanessa Foster and lead Theresa Cannon wrapped up their Curling World Cup on Saturday with a loss to China, leaving them winless in the competition. “It’s not obviously the week we wanted and we hoped to play better,” said Robertson. “It was a great experience and we learned a lot. It is always great representing your country. We really feel it will be something we keep close to our hearts and something we think back on. We would have loved to do better – but we left it out there.” The mixed doubles final is Sunday at 2:30 a.m. ET, the men’s final takes place on Sunday at 6 a.m. ET, and the women’s final is at 10 a.m ET. All three games will be streamed on the World Curling Federation’s YouTube channel. TSN also plans to broadcast all three event finals on Sunday. CLICK HERE for TSN’s broadcast schedule.