Selena Sturmay and her Edmonton-based team got off to a quick start, then needed to pull out all the stops to pick up their second win of the 2019 World Junior Curling Championships, a 9-6 victory over Japan’s Ami Enami on Monday afternoon in Liverpool, N.S. 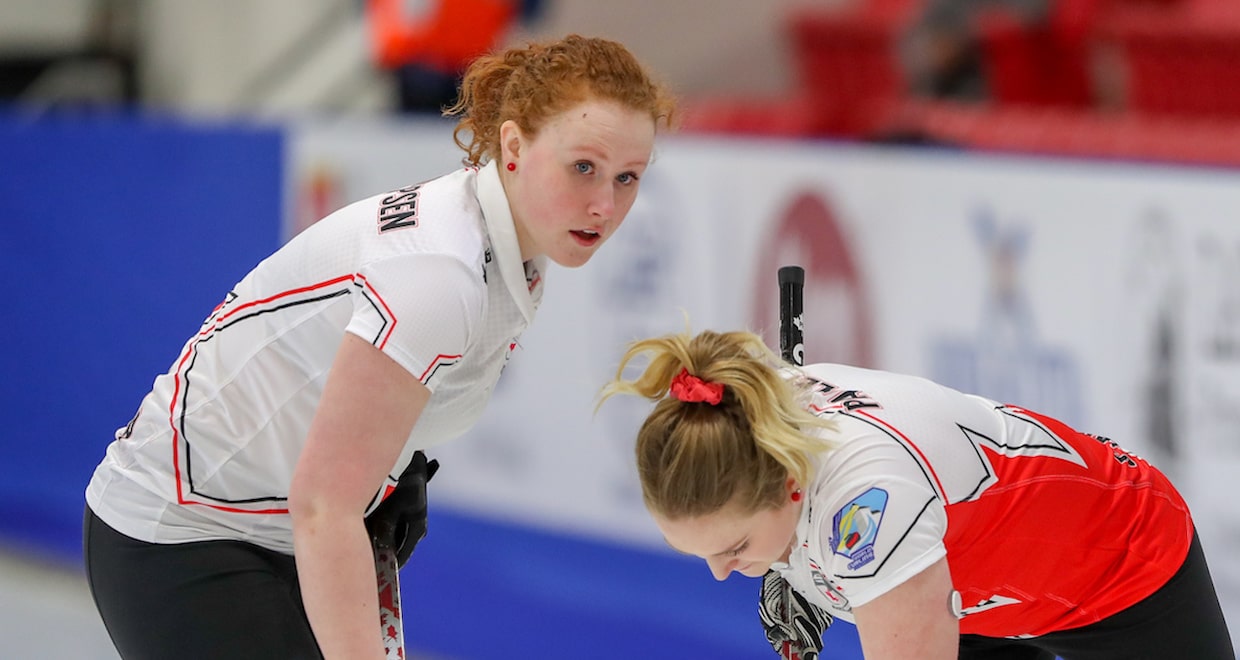 Sturmay, third Abby Marks, second Kate Goodhelpsen, lead Paige Papley, alternate Karlee Burgess and coach Amanda-Dawn St. Laurent jumped to a 5-0 lead after the first two ends, thanks to some breaks that went their way. But the Japanese, who are still looking for their first win, increased the pressure as the game went on, and the Canadians had to work for the win. “The first half was really strong,” Sturmay said afterwards. “We definitely got some breaks from the other team (who) unfortunately missed a couple of shots which led to us getting a couple of extra points that we probably shouldn’t have got. The second half they played really well and so did we, and we’re just really happy to come out with a win.” The home crowd advantage is something Sturmay doesn’t take for granted. “Representing Canada and wearing the Maple Leaf on your back is something every Canadian dreams of, so definitely to have that opportunity and to do it in Canada is something I’ll never forget and something we’re really proud to be doing,” she said. With the win, the Canadian women move to 2-1 in the standings behind undefeated Russia and Switzerland. They will be back on the ice on Tuesday for two games, at 8 a.m. ET against Sweden’s Tova Sundberg and at 6 p.m. ET against South Korea’s Minji Kim. (This game will be streamed on World Curling Federation’s Youtube channel.) The Team Canada men led by Tyler Tardi, with third Sterling Middleton, second Matt Hall, lead Alex Horvath, alternate Rylan Kleiter and coach Paul Tardi, won their morning game against Switzerland’s Marco Hoesli, 8-3. On Monday night, they will face Scotland’s Ross Whyte, the 2018 world junior silver medallist at 6 p.m. ET. (This game will be streamed on World Curling Federation’s Youtube channel.) Event information, including news and live scoring, are available at the event website, https://www.worldcurling.org/wjcc2019 As well, selected games will be streamed live on the World Curling Federation’s Youtube channel, https://www.worldcurling.org/wjcc2019/live-stream