Tyler Tardi needed a hero shot with his last rock in the tenth end, but when the dust settled, Canada came out on top of an 8-6 battle over Germany to stay in the hunt for a playoff spot at the 2019 World Junior Curling Championships in Liverpool, N.S. 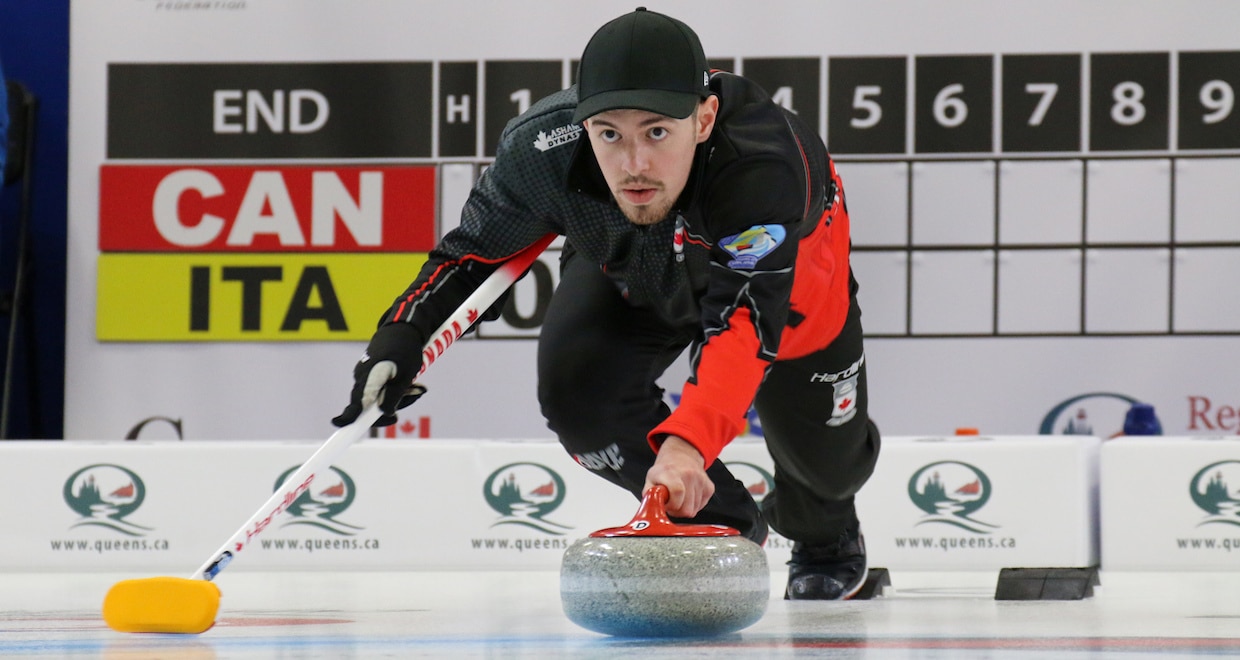 Tyler Tardi launches himself into his shot at the 2019 World Junior Curling Championships in Liverpool, N.S. (WCF/Rachel MacRae photo)

“It was an emotional, physical and everything roller coaster,” said Tardi after the game. “It was a roller coaster from start to finish. We’re going to be tested this week and we know that, and it’s good to get that one out of the way.” Patience was the key for Tardi and his B.C. team of third Sterling Middleton, second Matt Hall, lead Alex Horvath, alternate Rylan Kleiter and coach Paul Tardi. It was a game that saw slight misses result in big shifts in momentum, as Germany’s Klaudius Harsch and fourth-stone thrower Sixten Totzek put Canada to the test over and over. Canada got off to a quick start, stealing a single in the first end but Germany poured it on, taking three points in the second. From that point on, Canada seemed to be chasing for much of the game. But that classic patience paid off for the Canadian squad. Trailing 6-4 in the tenth, with a German rock counting on the four-foot, Tardi threw an up-weight angle raise off his own stone to remove the shot rock and count four. Keeping their composure and finding a way to win has become this team’s trademark, and tonight’s game was no different. “We know we’re going to get tested and we’ve experienced that in the past and we know that we’re always just trying to have a slight advantage in the last end,” said Tardi. “We’re never trying to finish in six or anything. All the teams are great here and deserve to be here. So we always know there’s going to be a great battle. It’s just a matter of who can handle it the best.” With two games remaining in the men’s round robin, Canada now sits with a 5-2 record, tied with Norway and the United States in second place behind undefeated Scotland. Earlier in the day, the Canadian men cruised to a 6-2 win over China’s Weihaoping Wang. On Thursday, Tardi will face Sweden’s Daniel Berggren at 1 p.m. ET (This game will be broadcast on the World Curling Federation’s Youtube channel.) In women’s action on Wednesday afternoon, Team Canada’s Selena Sturmay, third Abby Marks, second Kate Goodhelpsen, lead Paige Papley, alternate Karlee Burgess and coach Amanda-Dawn St. Laurent defeated Switzerland’s Raphaela Keiser 6-4 – the first loss for the Swiss in the round robin. Canadian women have two games on Thursday, against Norway’s Maia Ramsfjell (2-4) at 8 a.m. ET, and China’s Yu Han (5-1) at 6 p.m. ET. ****** Enthusiastic young fans filled Queen’s Place Emera Centre on Wednesday morning to cheer for Team Canada during their win over China and the whole team raised their brooms and applauded right back at the end of the game. Third Sterling Middleton, second Matthew Hall and alternate Rylan Kleiter also spent some time in the stands, interacting with the kids and signing autographs. 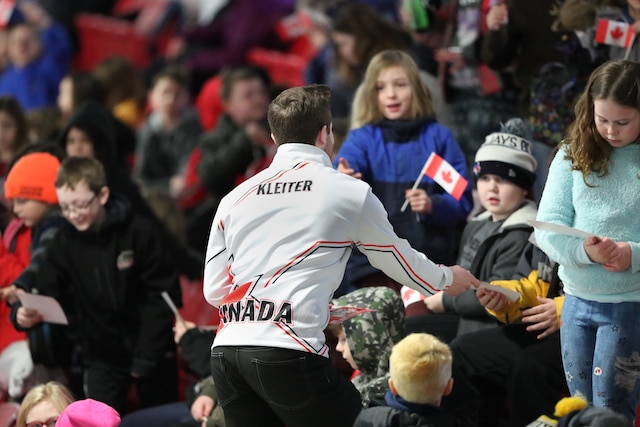 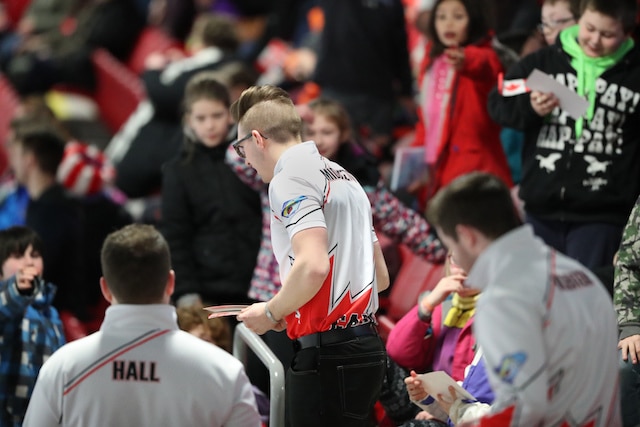 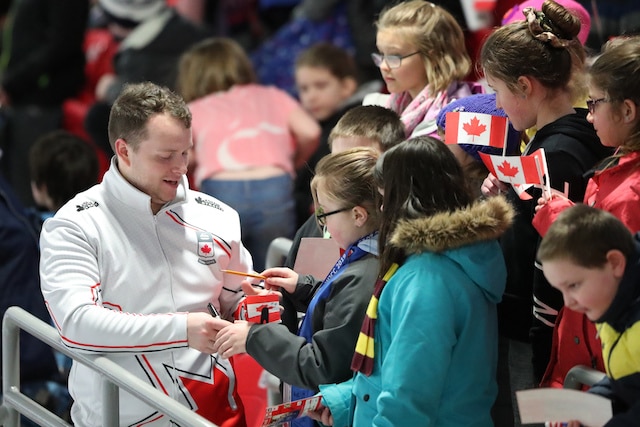