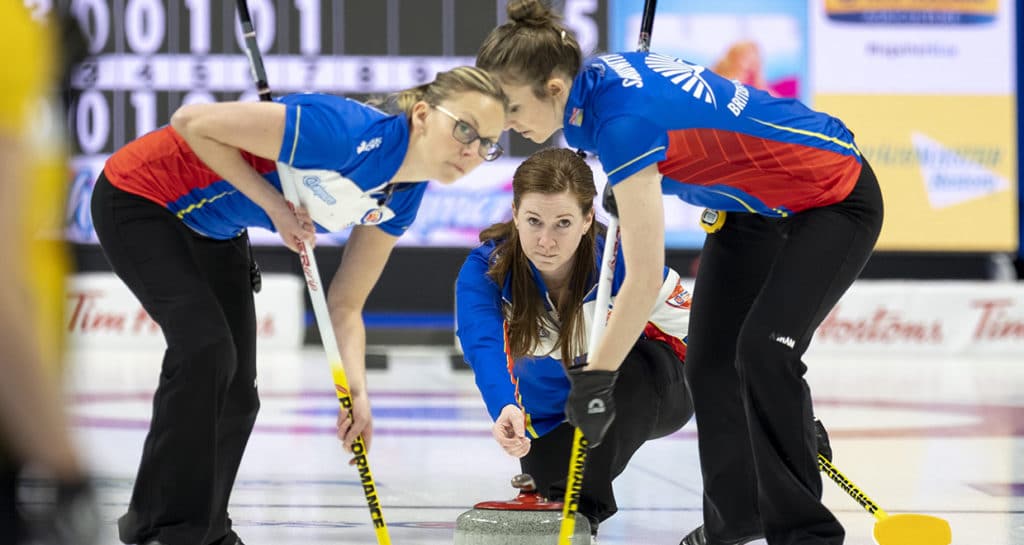 Wark, vice-skip Kristen Pilote, second Carley Sandwith, lead Jen Rusnell, alternate Michelle Dunn and coach Rick Fewster of the Abbotsford Curling Club surprised the field with an 8-5 victory against Manitoba’s Tracy Fleury (4-3, East St. Paul) to advance to the final eight and be in contention with the likes of Canada’s Jennifer Jones and Ontario’s Rachel Homan.

“Coming in here if you would have told us at the beginning of the week that we would have been playing a tiebreaker for a spot in the championship round we would have been thrilled,” Wark said. “To go out there and finally put together a good game; I think all four of us were sort of on the same page and we hadn’t really had that yet this week.”

British Columbia managed to ride an early-game steal of three onwards to victory. In the second, Wark played a hit-and-roll behind centre-guard cover to sit three and Fleury couldn’t find a draw path the house, wrecking on a stone out front. It provided British Columbia with a three-point cushion.

“They put their rocks in really good spots that end and it’s hard in the second end to make that precision draw sometimes and I just didn’t have it today,” Fleury said. 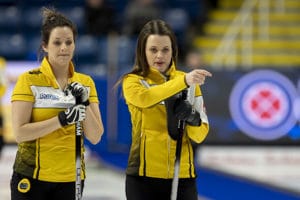 But Fleury, vice-skip Selena Njegovan, second Liz Fyfe, lead Kristin MacCuish, alternate Taylor McDonald and coach Andrea Ronnebeck made a run in the middle of the game to remain in contention. They picked up a single in the fourth, held B.C. to one in the fifth, scored a deuce in six and another force of one in the seventh. The run put them down by two with hammer and three ends to play.

But Wark took advantage of another missed draw on Fleury’s first shot in the eighth. B.C. managed to sit four and forced Manitoba into playing a double-tap. Manitoba missed and B.C. tacked on a steal of three and took an 8-3 lead. Manitoba scored two in the ninth, but were ran out of rocks in the final end.

Wark believes the best is yet to come from her team, after the squad put together an 86 per cent shooting average. British Columbia will need a strong showing in the Championship Pool after qualifying with a 4-3 record and some challenging games coming up against Team Wild Card’s Casey Scheidegger (6-1, Lethbridge, Alta.), Saskatchewan’s Robyn Silvernagle (5-2, North Battleford), Prince Edward Island’s Suzanne Birt (5-2, Charlottetown) and Team Canada’s Jones (4-3, Winnipeg).

“I think all of us really want to push for wins at this point. We came here wanting to put together good games and to play like we know we can. Going forward we want to keep this roll that we just started this morning,” Wark said.

For ticket information for the 2019 Scotties Tournament of Hearts, go towww.curling.ca/2019scotties/tickets/