Tyler Tardi is playoff bound at the 2019 World Junior Curling Championships in Liverpool, N.S., thanks to a 9-5 win over Sweden’s Daniel Berggren on Thursday afternoon. 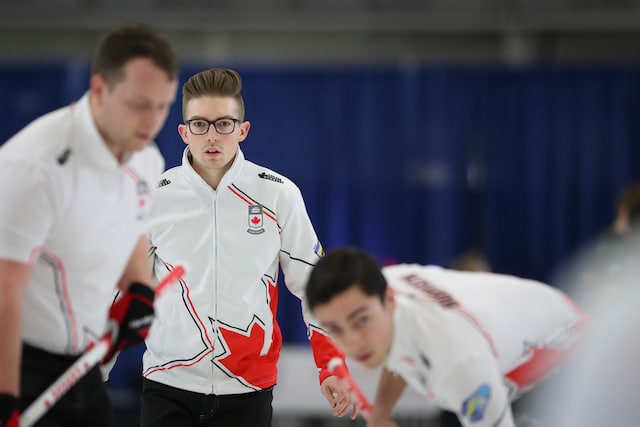 After winning an exciting crowd-pleaser on last rock the night before, Tardi and his B.C. team of third Sterling Middleton, second Matt Hall, lead Alex Horvath, alternate Rylan Kleiter and coach Paul Tardi took a workmanlike approach to Thursday’s game – at least for the first four ends. They scored their deuces with hammer and held the Swedes to singles. But in the fourth, a couple of draws by Berggren failed to bury, giving Tardi an open hit for three and a 7-2 lead at the break. “We wanted to make sure we were on it early,” said Tardi about playing the scoreboard and keeping it simple. “We like to keep it a little safe at the start so we could play as well as we could, and have a good practice, and make sure to do what we can to get a lead.” Sweden mounted a bit of a comeback in the second half, stealing two ends and climbing back to 7-5 after eight. But the Canadians bounced back in nine with a deuce and ran the Swedes out of rocks in ten for the 9-5 win. “We’re really happy to be in the spot we are,” said Tardi, who now joins Scotland as the only two teams qualified for playoffs so far. “We’re really excited to play and we’re taking it one step at a time With the game in hand after five ends, Team Canada alternate Rylan Kleiter replaced Alex Horvath at lead. “He’s awesome,” said Tardi about Kleiter, who skipped his Saskatchewan team to a bronze medal at the Canadian junior men’s championship in Prince Albert, Sask. “He does so much for us. He such a great player and friend and he deserves to be here as much as we do. The men will play their final game of the round robin on Friday morning (8 a.m. ET) against New Zealand’s Matthew Neilson. In women’s action on Thursday morning, Team Canada’s Selena Sturmay, third Abby Marks, second Kate Goodhelpsen, lead Paige Papley, alternate Karlee Burgess and coach Amanda-Dawn St. Laurent defeated Norway’s Maia Ramsfjell 8-2. They will face first-place Yu Han of China at 6 p.m. ET. Event information, including news and live scoring, are available at the event website, https://www.worldcurling.org/wjcc2019 As well, selected games will be streamed live on the World Curling Federation’s Youtube channel, https://www.worldcurling.org/wjcc2019/live-stream 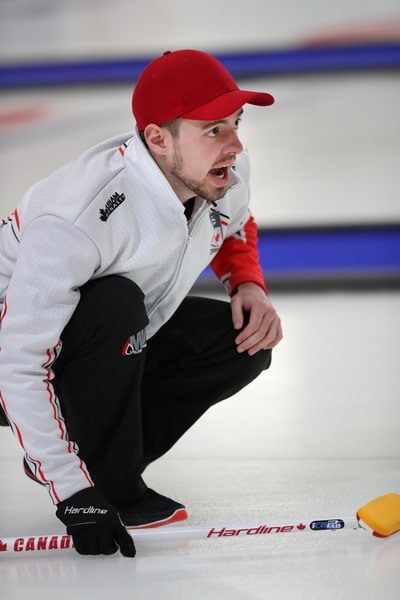