Canadian men and women are playoff-bound at World Juniors

Canada’s Selena Sturmay was on a mission on Friday afternoon at the 2019 World Junior Curling Championships in Liverpool, N.S. The Canadian skip knew that she could nail down a spot in the semifinals with a win over Russia in the final game of the round robin, and that’s exactly what she accomplished. 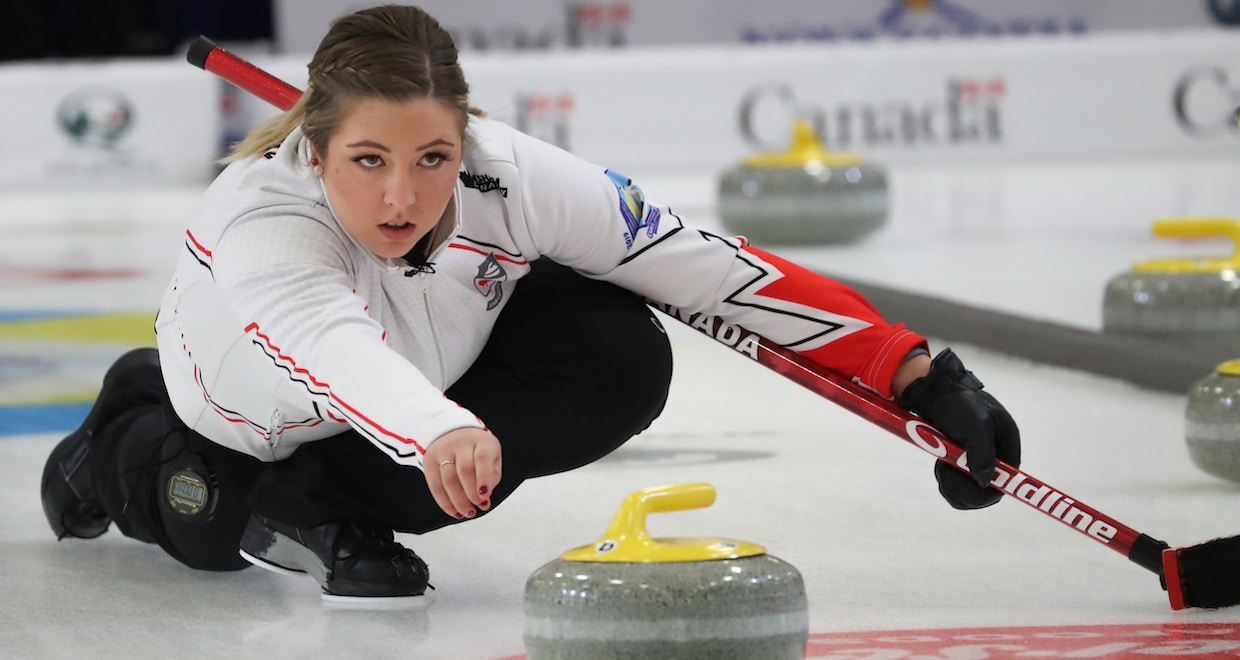 Sturmay and her team of third Abby Marks, second Kate Goodhelpsen, lead Paige Papley, alternate Karlee Burgess and coach Amanda-Dawn St. Laurent came out firing against Russia’s Vlada Rumiantseva, stealing two ends on the way to an 8-3 win and sending Canada into the women’s semifinal on Friday night. “I think what really helped us out there was building off the confidence that we had throughout the week and just building off of each other and knowing that we can play in high-pressure games,” said Sturmay about dealing with the pressure of a do-or-die game. “We’ve done it before, so we’re kind of not looking too far ahead, but just hoping to play our best which I think we did pretty well.” “It obviously feels awesome,” said the Canadian skip, who is playing in her first world junior championship. “It was our goal coming into this and we’re just hoping to keep performing well and keep the confidence going and hoping for a good game tonight.” Two Canadian teams will compete in semifinals tonight, as Tyler Tardi and his B.C.-based squad wrapped up the round robin with a 12-1 win over New Zealand on Friday morning. The Canadian men will play Norway’s Magnus Ramsfjell, while Scotland’s Ross Whyte will take his undefeated record into the other semifinal against Switzerland’s Marco Hoesli. Tardi and his team of third Sterling Middleton, second Matt Hall, lead Alex Horvath, alternate Rylan Kleiter and coach Paul Tardi had complete control in the game against New Zealand’s Matthew Neilson, shaking hands after six ends on a 12-1 Canadian victory – a strong finish for a team that has been building momentum throughout the week. “You always want to finish off the round robin with a win, especially if you’re going to be playing in the playoffs later that day,” said Tardi. “It was a good performance and we’re really happy with it going into the playoffs here.” Tardi is cautiously aware that this year’s playoff scenario has a familiar look for the Canadian men: in the 2018 championship, Canada finished with the same 7-2 record behind the undefeated Scots, and in the final, Canada handed Scotland its first loss to claim the gold medal. “We’d be happy to meet them in the final again,” he says. “Obviously we’re not in the same semi as the Scots so we can’t beat them until we’re in the final maybe. So there’s a chance that it could happen again and we just going to take it one step at a time and play well in the semis and hopefully we can play for gold in the final.” The men’s game between Canada and Norway will be broadcast on the World Curling Federation Youtube channel at 6:30 p.m. ET. Men’s bronze- and gold-medal games will be on the ice at 9 a.m. ET on Saturday, followed by the women’s championship games at 2 p.m. ET. Both gold-medal games will be broadcast on the World Curling Federation’s Youtube channel. Event information, including news and live scoring, are available at the event website, https://www.worldcurling.org/wjcc2019 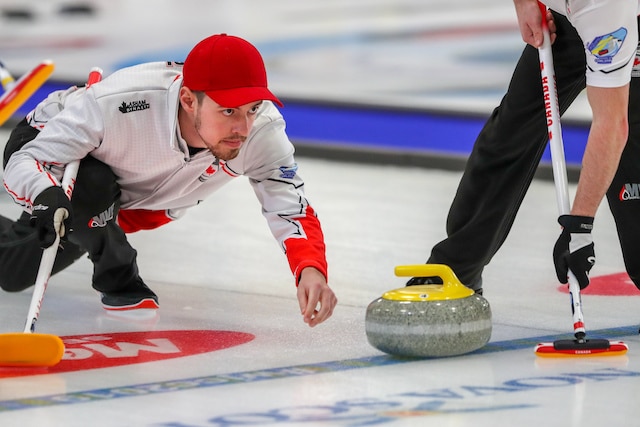