Gold for men, silver for women at World Juniors

Tyler Tardi is a World Junior Men’s gold medallist for the second straight year after cruising to a dominant 9-4 win over Switzerland’s Marco Hoesli in the men’s final, and Edmonton’s Selena Sturmay will bring home the silver after an 8-7 extra-end loss to Russia’s Vlada Rumiantseva in the women’s final of the 2019 World Junior Curling Championships in Liverpool, N.S., on Saturday. 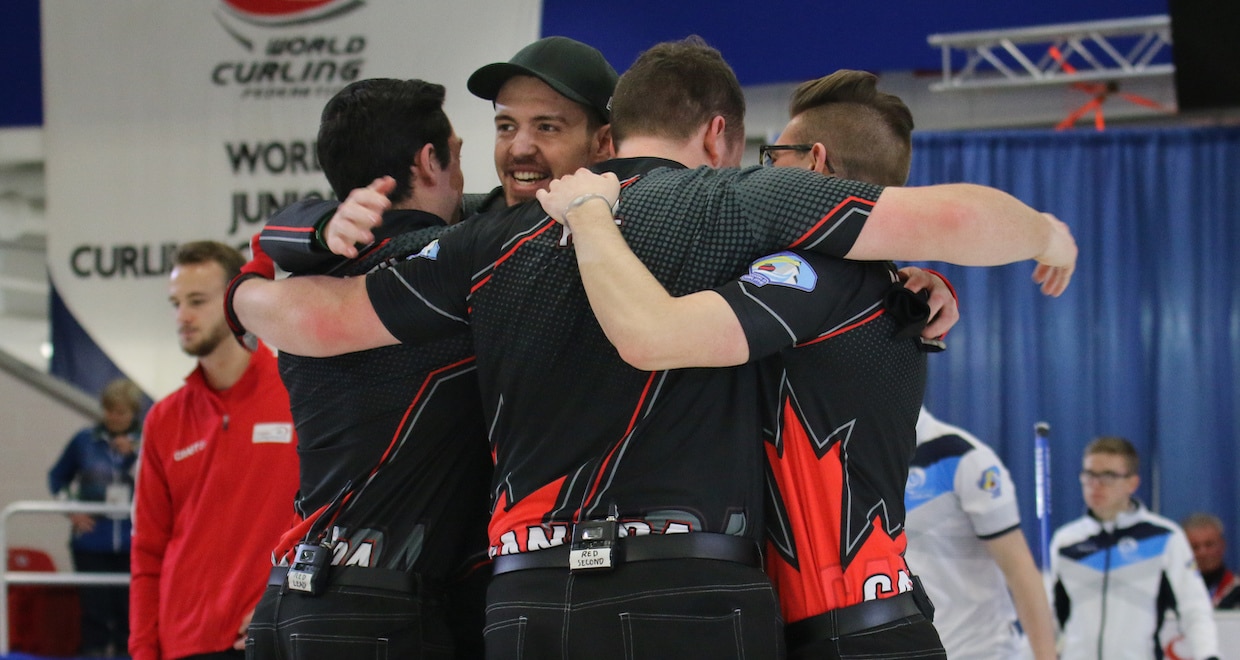 Team Canada third Sterling Middleton joins Tardi as a repeat winner, as do coaches Paul Tardi and Melissa Soligo, but this is the first world title for the rest of the team – second Matthew Hall, lead Alex Horvath, and alternate Rylan Kleiter. With his second straight win at the World Juniors, Tardi joins skips John Morris and Charley Thomas as the only back-to-back champions at the event. (Paul Gowsell also won both of his appearances, although he couldn’t go back-to-back because of the rules at that time.) In the gold-medal game, Canada controlled play from start to finish, continuing to show the quiet confidence that got them into second place in the round robin and through Friday’s semifinal against Norway. “We got off a good game last night and had a good debrief to figure out what we were doing right to trade that into today’s game, and had as much rest as we could and as much prep as possible to hopefully come out with a win today,” said Tardi. Tardi had high praise for Middleton, Hall and Horvath, whose shooting percentages were sky-high and made the skip’s job easy. “They were unreal,” he said about his teammates. “It’s fun to be out there when you only have to throw nose hits when you’re playing with the guys on our team. Huge hats off to them and a big thank you to them for making my job easy.” Tardi now has three straight national and two straight world men’s junior titles, and he was stumped, trying to find words to describe how this win felt. “It’s unbelievable. I don’t know a single word that could describe how I’m feeling. It was unbelievable to win it once and to do it twice is just incredible, especially doing it here in Canada.” Scotland’s Ross Whyte, who finished in first place after the round robin but lost to Switzerland in the semifinal on Friday, defeated Norway’s Magnus Ramsfjell 8-5 to take the bronze medal. In the women’s gold-medal game, Selena Sturmay, with third Abby Marks, second Kate Goodhelpsen, lead Paige Papley, alternate Karlee Burgess and coach Amanda-Dawn St. Laurent, found herself in a battle of draw weight with the Russian team – the same team Canada had to defeat in the final game of the round robin in order to qualify for playoffs. This time it was Russia who came out on top when Sturmay’s final draw just slid too far, giving up the steal of one. “Honestly, we’re all a little bit disappointed,” said Sturmay. “It wasn’t our best game out there, but I’m really proud of the girls for sticking in, I suppose all you can ask for is a close game. I felt we had a really good chance going into the extra. It was unlucky, but that’s the way curling goes.” Switzerland’s Raphaela Keiser stole two points in the final end to defeat China’s Jiayi Jiang 6-4 and win the bronze medal. 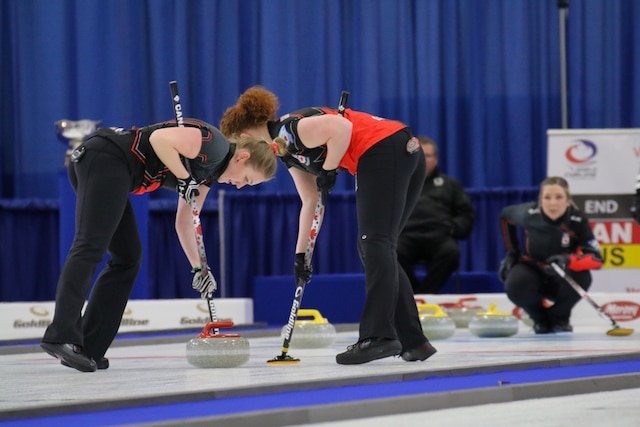 Event information, including news and live scoring, are available at the event website, https://www.worldcurling.org/wjcc2019