A Prairie rivalry will be renewed when the 2019 Tim Hortons Brier, presented by AGI, kicks off Saturday at Westoba Place in Brandon, Man. 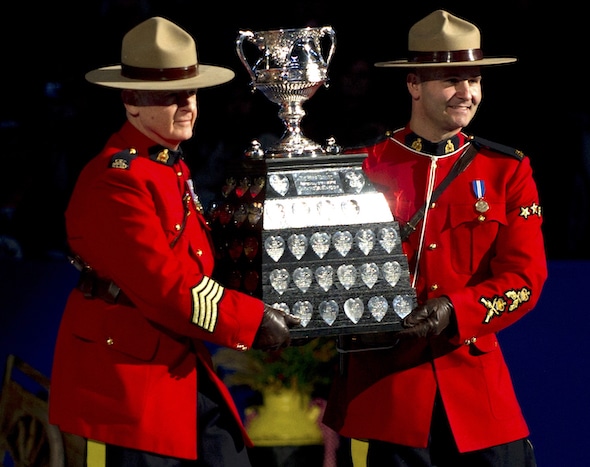 The host Manitoba team, skipped by Brandon-born Mike McEwen, will take on Saskatchewan’s Kirk Muyres of Saskatoon in the opening draw Saturday at 2 p.m. (all times Central) of the Canadian Men’s Curling Championship.

Sixteen teams, representing the 14 Curling Canada member associations, Team Canada and the winner of the Wild Card game on Friday at 7 p.m. (Team Brendan Bottcher of Edmonton vs. Team John Epping of Toronto) have been seeded (by the CTRS standings, as of Dec. 31, 2018) and separated into two pools. The Wild Card Game winner will automatically go in as the No. 3 seed.

They’ll first play a round robin within their pool, after which the top four in each advance to the Championship Pool for four games against teams from the other pool. Upon completion, the top four teams (best overall won-lost records) proceed to the Page Playoffs on Saturday (1 vs. 2, winner to final, loser to semifinal; 3 vs. 4, winner to semifinal, loser eliminated).

But before the round-robin games begin on Saturday, the Wild Card game Friday night between Team Bottcher and Team Epping — a rematch of the 2018 Tim Hortons Brier semifinal (won by Team Bottcher) — will get Brier Fever stoked in Brandon. Admission is free, with donations to the Curling Canada Foundation in support of junior curling being accepted at the door.

Gushue will be making his 16th Brier appearance, but won’t be the only skip chasing a spot in the record books in Brandon. Alberta’s Kevin Koe — whom Gushue defeated in the 2017 final — has a chance to win his fourth Tim Hortons Brier title, which would make him just the fourth skip ever to win four Canadian men’s championships; Ferbey, Kevin Martin and Ernie Richardson are the others.

The winning team will represent Canada at the 2019 Pioneer Hi-Bred World Men’s Curling Championship, presented by Service Experts Heating, Air Conditioning and Plumbing, March 30-April 7 in Lethbridge, Alta. The winner will also defend its title as Team Canada in the 2020 Tim Hortons Brier, presented by AGI, in Kingston, Ont.

Here’s a look at how the two pools in Brandon set up:

CLICK HERE to check the schedule for the 2019 Tim Hortons Brier.

You can purchase tickets at the Westoba Place box office, online at curling.ca/tickets or by phone at 204-726-3555.

TSN/RDS2 will provide complete coverage of every draw at the 2019 Tim Hortons Brier. CLICK HERE for the complete broadcast schedule.

The Tim Hortons Brier has been played in 31 cities across Canada, from Victoria to St. John’s. Manitoba and Alberta are tied for most victories with 27 apiece. New Brunswick, Prince Edward Island, Yukon, Northwest Territories and Nunavut have yet to win.