Canadian wheelchair curling skip Mark Ideson is confident that focusing on the small details will lead to big picture results at the 2019 World Wheelchair Curling Championship in Stirling, Scotland from March 3-10. 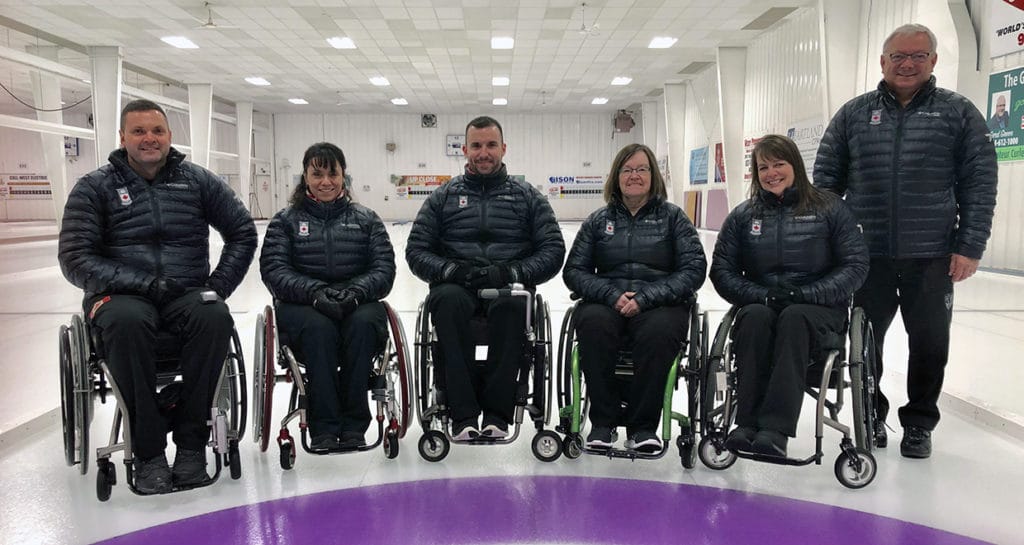 “Life is a series of small victories and curling is no different,” he said. “If we can get the most out of each rock throughout the course of the week that’s really going help us out.”

Ideson returns to the squad as skip for the second year in a row. In 2018 he led the team to a bronze-medal win at the 2018 Paralympic Winter Games in Pyeonchang, South Korea. It’s the first time a Canadian squad was on the podium at an international wheelchair curling event since the team won gold at the 2014 Paralympics when Ideson was alternate on the Canadian team led by Jim Armstrong.

Their experience is complemented with a couple of new additions to the team. Vice-skip Collinda Joseph (Stittsville, Ont.) and second Jon Thurston (Dunsford, Ont.) make their international debuts in Stirling. The duo competed together for Ontario at the 2013 and 2016 Canadian Wheelchair Curling Championships.

The team is coached by Wayne Kiel of Balgonie, Sask. 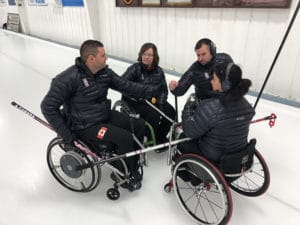 Ideson is pursuing his first World Wheelchair Curling Championship gold medal as a skip after winning as alternate in 2013. The team opens the 12-team round robin with a game against Latvia’s Polina Rozkova who is making her debut at the worlds after playing at two World Wheelchair B-Championships.

Canada will need to surpass a field that is studded with gold-medal winning Paralympians and world champions. 2018 Paralympic gold-medallist Haitao Wang of China and three-time world champion Rune Lorentsen of Norway and Russia’s Andrey Smirnov will all prove to be formidable opponents throughout the event.

“The biggest thing we learned is patience and that a 12-team round robin is a really long event,” Ideson said of his first experience skipping the Canadian team at an international event in 2018. “You’re not going to win it all in one day. You’ve got to go slow and steady, maintain our focus and nutrition throughout the week and hopefully it puts us in a good spot at the end of the week.”

Despite the experienced field, the Canadians are very optimistic of their path to the playoffs and are confident in their ability to be a medal-winning team. Canada played a series of exhibition games against the United States wheelchair team in early February at Winnipeg’s Assiniboine Memorial Curling Club. The series provided the Canadian players with a valued opportunity to play together prior to the world championship, learn more about each other’s tendencies and bond as a team.

The 12 teams at the 2019 World Wheelchair Curling Championship play a round robin with the top six teams moving on for a chance to win gold. The top two teams advance to the semifinals while the third through sixth seeds play in a qualification round (3 vs. 6, 4 vs. 5). Winners of the semifinal advance to the gold-medal game and the losing teams play for bronze.

Here’s a look at Canada’s round-robin schedule in Stirling (all times Eastern):

For more information about the 2019 World Wheelchair Curling Championship, go to www.worldcurling.org/wwhcc2019