Canada finishes out of playoff contention at World Wheelchair Championship

Team Canada could not recover from a slow start to the week and will finish out of the playoffs at the 2019 World Wheelchair Curling Championship in Stirling, Scotland. Skip Mark Ideson, third Ina Forrest, second Jon Thurston, lead Collinda Joseph, alternate Marie Wright and coach Wayne Kiel needed at least one win on Friday to clinch a spot in the qualification round, but they came up short in their morning game – giving up three steals on the way to an 8-4 loss to Estonia’s Andrei Koitmae – and lost their final game on a final stolen end to Scotland’s Aileen Neilson. With the 5-3 loss to Scotland, Canada finishes the round robin with a 5-6 record. China, who are the 2018 Paralympic gold medallists, and 2018 world champions Norway will advance directly to the semifinals. They will meet the winners of a qualification round involving Scotland, Switzerland, Korea and Slovakia For more information about the 2019 World Wheelchair Curling Championship, go to www.worldcurling.org/wwhcc2019 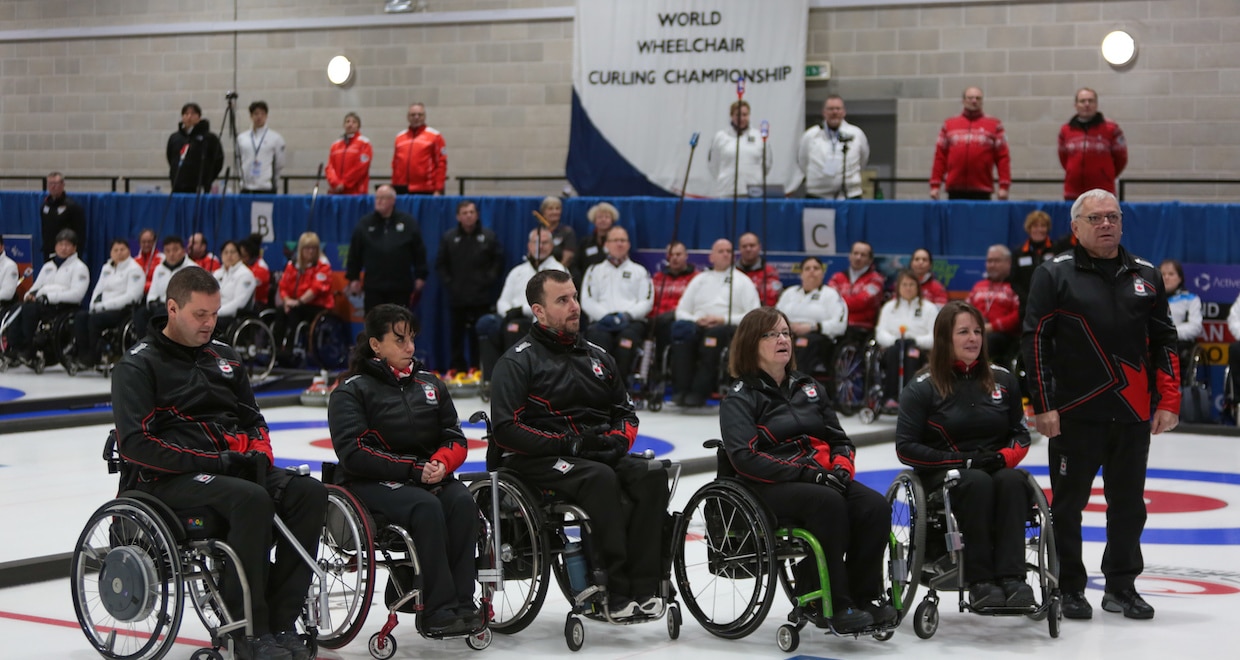