It’s been more than three decades since Canada has managed to win three consecutive gold medals at the world women’s curling championship. 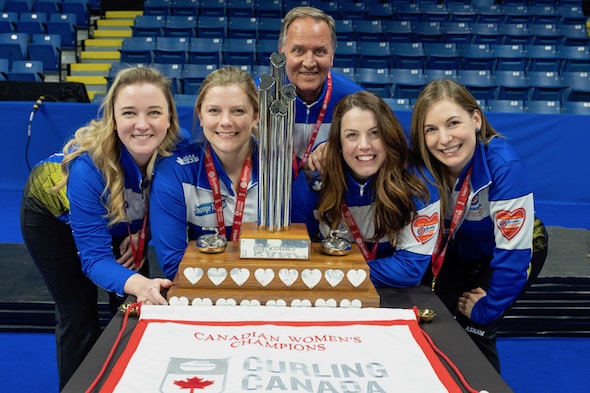 It will be Kim’s first World Women’s Championship after four straight appearances at the World Juniors. Kim also participated in three Curling World Cup events this season, winning gold in the third leg at Jönköping, Sweden, in February, and silver in the second leg at Omaha, Neb., in December.

Carey will be looking to give Canada its third consecutive world women’s gold, following victories by Rachel Homan’s Ottawa team in 2017 at Beijing and Winnipeg’s Jennifer Jones last year in North Bay, Ont.

Both Homan and Jones went unbeaten en route to gold.

While Wilkes, Ferguson and Brown will be making their debuts at the World Women’s Championship, it will be Carey’s second opportunity to skip Team Canada; she finished fourth in the 2016 World Women’s in Swift Current, Sask.

Officer has an abundance of World Women’s Championship experience as a longtime member of Team Jones, including gold medals last year and in 2008 at Vernon, B.C.

Wilkes has had two previous opportunities to wear the Maple Leaf — in 2016 at the World Mixed Championship in Kazan, Russia, with skip Mick Lizmore, and in 2013 at the Winter Universiade in Trentino, Italy, playing vice-skip for Laura Crocker’s team. 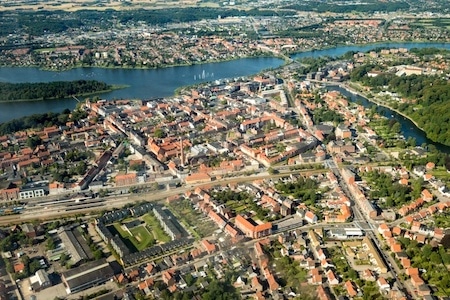 Team Carey will complete its opening weekend in Silkeborg with a pair of games on Sunday — at 4 a.m. against Germany’s Daniela Jentsch (bronze-medallist at the 2018 European Championships) and 2 p.m. against Latvia’s Iveta Stasa-Sarsune.

Canada will face Switzerland Thursday at 4 a.m., and will be up against the Swedes Friday at 4 a.m.

Canada has won a leading 17 gold medals at the World Women’s Championship since its debut 1979, followed by Sweden with eight.

Round-robin play will run through to Friday, March 22, with the top six teams making the playoffs; no tiebreakers will be played, so ties for playoff spots will be broken based on head-to-head results, and if that doesn’t resolve the tie, then the pre-game Last-Shot Draw distances.

The top two teams from round-robin play will be seeded directly into the semifinals, while third will play sixth and fourth will play fifth in the quarter-finals on March 23.

The list of teams, schedule information and live scoring can be found on the event website, www.worldcurling.org/wwcc2019.