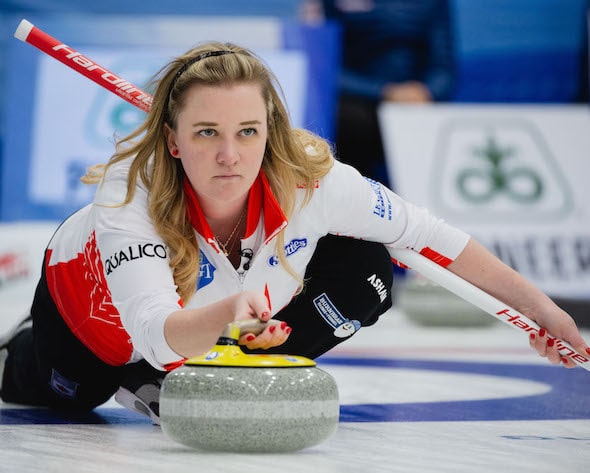 Playing on a soggy Saturday night at the Sportscenter in Silkeborg, Denmark, the South Koreans rallied from a two-point deficit to score a game-turning three in the ninth end and held on for the victory.

Carey’s outturn draw in the 10th end to force an extra end wrecked on a guard, giving the win to the South Koreans.

“We just struggled to figure out the ice,” said Carey, whose team from the Glencoe Club in Calgary is rounded out by vice-skip Sarah Wilkes, second Dana Ferguson, lead Rachel Brown, alternate Jill Officer, team coach Dan Carey and national coach Elaine Dagg-Jackson. “We were really close to a lot of good stuff; we just got surprised in a few places. A couple of overcurls in nine, and we thought this spot in the 10th would be really straight.” 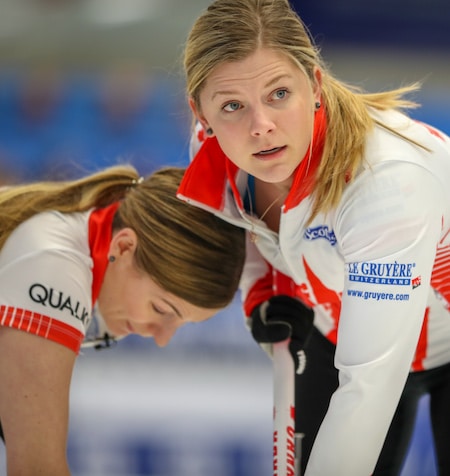 The junior-aged South Koreans, who also participated in the 2019 World Juniors in Liverpool, N.S., and have won gold and silver medals at World Cup events this season, weren’t fazed as momentum seemed to have swung to the Canadians in the latter half of the game.

South Korea had opened the scoring with a stolen single in the second, and the teams started trading deuces.

South Korea let a deuce get away in the seventh end when Kim’s open hit rolled too far and her team settled for one. Canada responded with what should have been a decisive deuce in the eighth end,

But in the ninth, Carey missed both of her shots, and Kim was able to make an outturn draw for the go-ahead three.

“They’re a good team, for sure, and they made a ton of shots,” said Carey. “But we had them. We get the deuce in eight and we’re in a really good spot. Even giving up the three in nine, that’s not great, but it’s not the end of the world. But we didn’t make very many shots in 10, unfortunately.”

Canada was hardly the only team with opening-day struggles; Anna Hasselborg’s Swedish team, the reigning Olympic champions, were blown out by China, while Silvana Tirinzoni’s Swiss powerhouse was beaten by Japan in the opening draw. Both Sweden and Switzerland came back with wins in the evening draw.

“The result is unfortunate, but it’s a long week, and there have been tons of upsets out there, in both draws,” said Carey. “It’s going to be a long week, it’s going to be a battle. There will be lots of tight games, and all you want to do is get better with each game and try to get the ice figured out. I feel like we’re closer, but we still have some work to do there.”

The Canadians are back in action with a pair of games on Sunday — against Germany’s Daniela Jentsch (1-0) at 4 a.m. (all times Eastern) and against Latvia’s Iveta Stasa-Starsune (0-1) at 2 p.m.